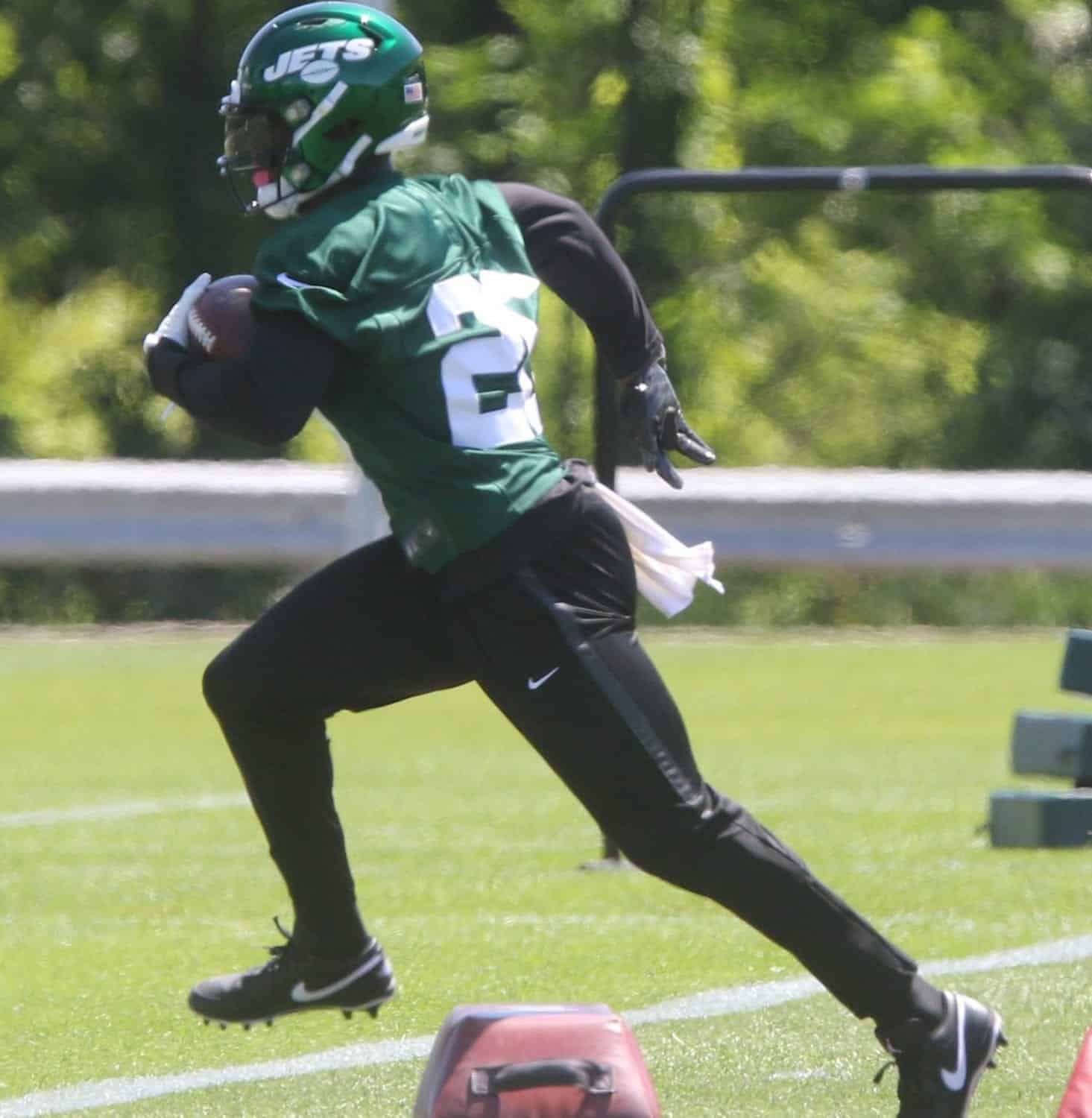 Photo Credit: USA Today
What's in this article? Click to show
Faces Of The Team
Time Away
Facing Expectations

The New York Jets have a star running back on their hands, that is no secret. Time will tell whether or not the franchise grows to love or hate Le’Veon Bell.  One thing is for sure, with the March free agency signing of Bell, the Jets opened the door to potentially grand opportunities. Opportunities that may provide the Jets their best running back since the days of former Jet great Curtis Martin.

Faces Of The Team

For $52.5 million over the course of four years, a lot is riding on the success of Bell. The organization is fresh off a rookie campaign from their starting quarterback, Sam Darnold. That campaign saw Darnold throw for over 2,800 yards and 17 touchdowns. Although the pass catcher is still young, is development is likely to receive a great boost with the implanting of Bell in the backfield by his side.

It should also be mentioned that the team is in its first year under new head coach Adam Gase. While Gase is a former Miami Dolphins head coach, he is better known for his work with Peyton Manning than his tenure in South Beach. Rumors surfaced earlier in the offseason that Gase was not all in on the signing of Bell and that he believes New York overpaid for Bell. Be that as it may, the Jets gained arguably the best in the game.

Bell can elevate the Jets, there is no question there. However, can he elevate New York to playoff level? Well, that remains to be seen on a roster that is facing questions on the offensive line, cornerback, and more importantly, head coach. Nevertheless, the signing of Bell is a great start, despite the turbulent ending to his Pittsburgh Steelers career. Don’t let that ending overshadow the impressive accolades Bell gathered while in Pittsburgh. He became the first RB in league history to rush for over 150 yards in his first two playoff games. On top of that, he became the record holder for many Steelers RB records. Not bad for a RB that is only 27 with just a handful of years as a professional. Not bad at all.

Bell hasn’t actually played in a game since January 2018. Nearly 18 months have passed. We all know the story by now. Bell decided to take a year-long hiatus from the Steelers last season in a contract dispute. It’s safe to say that year-long separation led to an ugly divorce that was widely publicized. With the rough and tumble that is the National Football League, it’s hard to not view Bell’s holdout as a positive. There are fewer hits, fewer dings and fewer injuries on his body.

Sure, there is a concern that Bell may have a little rust. But when he arrived for the beginning of mandatory minicamp and applied his trademark hesitation after a handoff from Darnold, it was clear Bell has plenty of juice remaining. Offseason training will continue to be critical for Bell. As well as his ability to soak in a brand new offensive philosophy with New York. Time away from the sport of football will make the little things such as that a little complex.

Expectations abound given the contract handed to Bell. Many anticipate Pro Bowl level play. Some may even foresee a placement in the playoffs next postseason. For Bell, having the privilege to even suit up in an NFL uniform is something he does not take for granted. A young QB with promise and an underrated receiving corps creates some buzz. A defense that added an athletic specimen to its front seven will try to take a step forward. Maybe New York will surprise many and turn things around. Whatever these Jets encounter going forward, Bell will look to lead the charge.