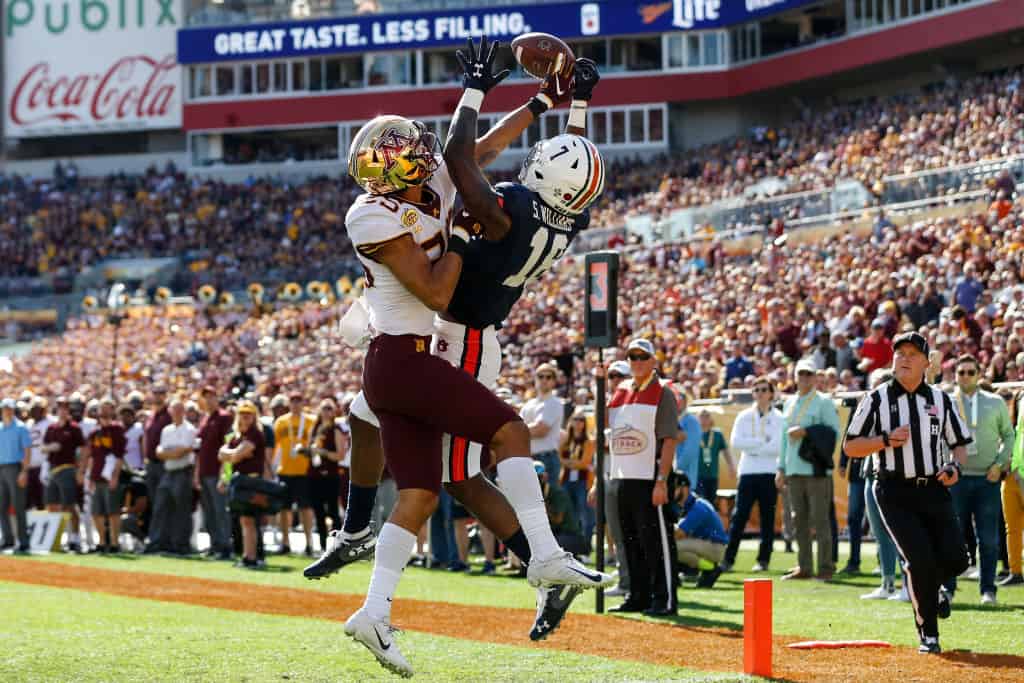 TAMPA, FL - JANUARY 01: Minnesota Golden Gophers defensive back Benjamin St-Juste (25) breaks up a pass intended for Auburn Tigers wide receiver Seth Williams (18) in the 1st quarter of the Outback Bowl between the Auburn Tigers and Minnesota Golden Gophers on January 01, 2020 at Raymond James Stadium in Tampa, FL. (Photo by Mark LoMoglio/Icon Sportswire via Getty Images)
What's in this article? Click to show
What time is the NCAA football game tonight between Auburn vs. Georgia?
What channel is the NCAA football game tonight between the Tigers and Bulldogs on?
Other NCAA Football Games Tonight, Week 5
Top NFL prospects to watch for Auburn Football
Top NFL prospects to watch for Georgia Football

The NCAA football game tonight will feature Auburn vs. Georgia, also known as the Deep South’s Oldest Rivalry. This matchup is also this week’s ESPN College GameDay’s Game of the Week. And beyond that game, there will also be plenty of others to talk up as we enter College Football Week 5 of the 2020 season.

The Auburn Tigers come into this game at 1-0 and will be led by quarterback Bo Nix and wide receiver Seth Williams. On the other side of the ball, the Georgia Bulldogs, also 1-0, haven’t revealed yet who they will start at quarterback – will it be Steston Bennett or JT Daniels? Whoever is in at quarterback will be tasked with going up against a tough Auburn defense, led by the likes of Big Kat Bryant.

Don’t forget to visit our College Football Games Today, Week 5: TV Schedule and Live Blog with Tony Pauline. We’ll have analysis, opinions, and breaking news throughout the day starting at noon and running until midnight ET. Be sure to also visit our NFL Draft department for the latest analysis.

What time is the NCAA football game tonight between Auburn vs. Georgia?

Here’s everything you need to know for the NCAA football game tonight between Auburn vs. Georgia, including TV schedule, top NFL Draft prospects to watch, and how to watch other college football games tonight live.

What channel is the NCAA football game tonight between the Tigers and Bulldogs on?

Besides Auburn vs. Georgia, there are other NCAA football games tonight that feature several top-ranked teams, including Oklahoma (18) at Iowa State, LSU (20) at Vanderbilt, and Virginia at Clemson (1).

The following are excerpts from our post on Auburn football draft prospects to watch when the Tigers play Georgia. For more on the prospects listed below, along with several others, be sure to head on over to that story.

Big Kat Bryant is a big chunk of man and will be the senior leader on the defensive line this season. Although this will be his first season as a regular starter, the 6’5″ 250-pound defensive end is the most experienced presence on the line and has had a productive career at Auburn. The former SEC All-Freshman has 40 career tackles, 7 sacks, 8.5 tackles for loss, and 2 forced fumbles, while also contributing in coverage with 6 passes defended and an interception returned for a touchdown against Purdue in 2018.

Anthony Schwartz may not have the size and build that Seth Williams brings to the Tigers offense, but what he lacks in size, he more than makes up for in speed. The second of the Auburn draft prospects on show against Georgia this evening is a genuine speedster who runs track in addition to playing football for the Tigers. And while you’re at it, keep an eye out for another Auburn wide receiver, Eli Stove.

The following are excerpts from our post on Georgia football draft prospects to watch when Bulldogs play Auburn. For more on the prospects listed below, along with several others, be sure to head on over to that story.

Richard LeCounte plays the game with outstanding football intelligence and demonstrates brilliant route recognition ability. He is an enforcer against the run, possessing upper-echelon pursuit skills and the ability to lay the lumber. In pass coverage, he displays the ability to shut down athletic tight ends and has plus ball skills.

The last time Auburn beat Georgia, the Bulldogs defense was no match for Auburn’s offensive line and gave up 238 yards on the ground. One man tasked with ensuring that this does not happen again is Georgia’s mammoth nose tackle Jordan Davis. Davis is massive at 6’6″ and 330 pounds. His natural play strength is some of the best in the nation. Expect Davis to be one of the SEC’s top defensive linemen this year, which will naturally raise his draft stock.
In this article:Auburn Tigers, Georgia Bulldogs

A host of canceled games can’t diminish the excitement of the Week 7 college football schedule, headlined by the primetime matchup between Georgia and... 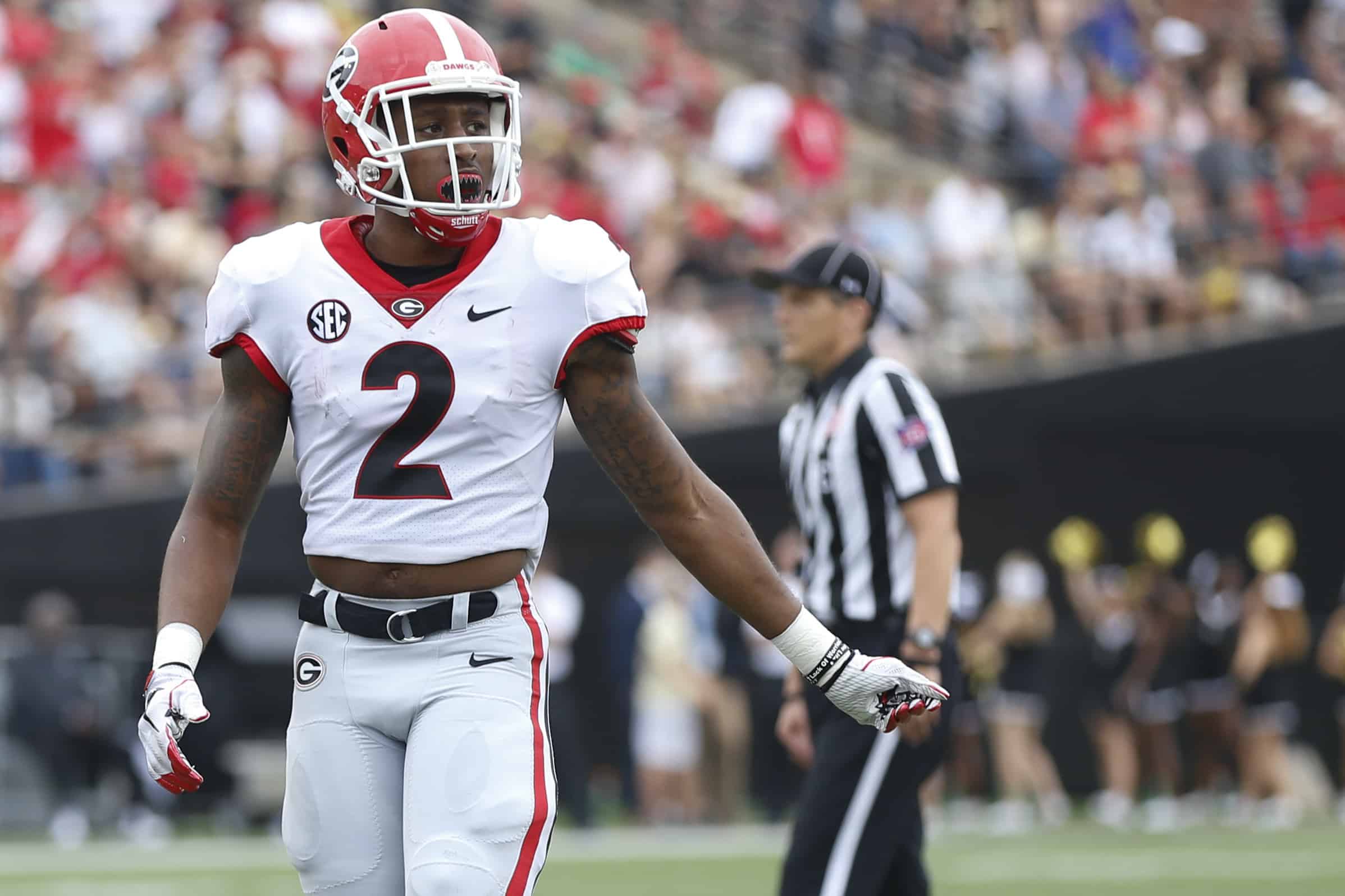 Richard LeCounte is solidifying himself as a Top-100 prospect

The Georgia Bulldogs defense has proven itself to be one of the best defenses in the nation. The emergence of cornerback Tyson Campbell has... 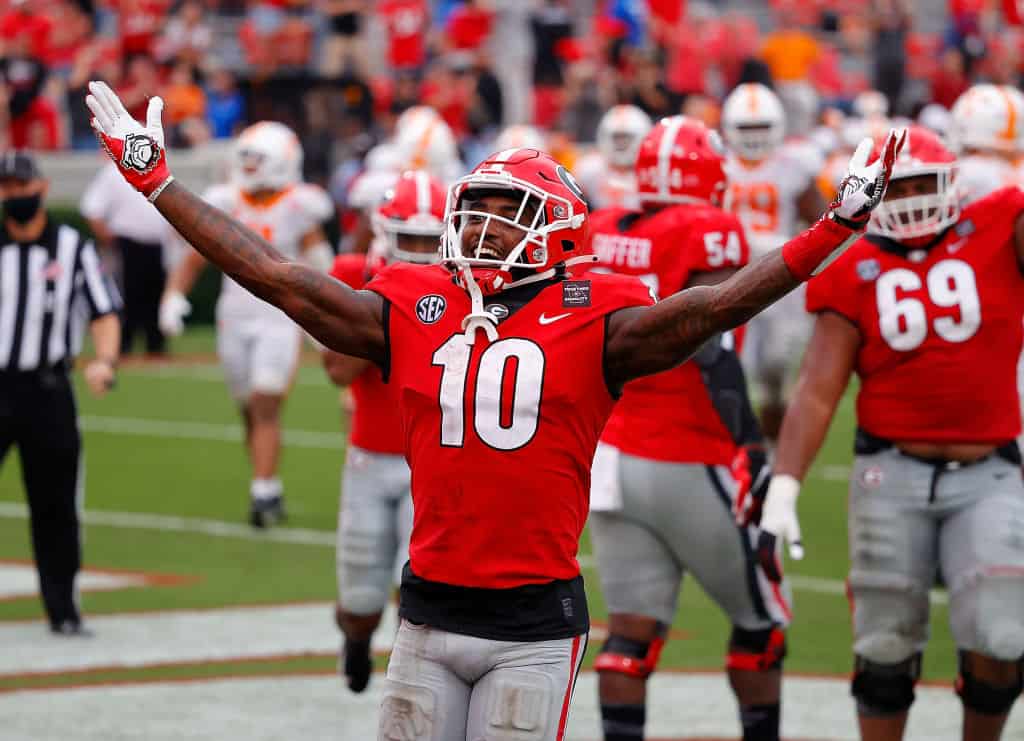 This week, we are lucky enough to have college football on every night from Wednesday to Saturday. We might be too late to back... 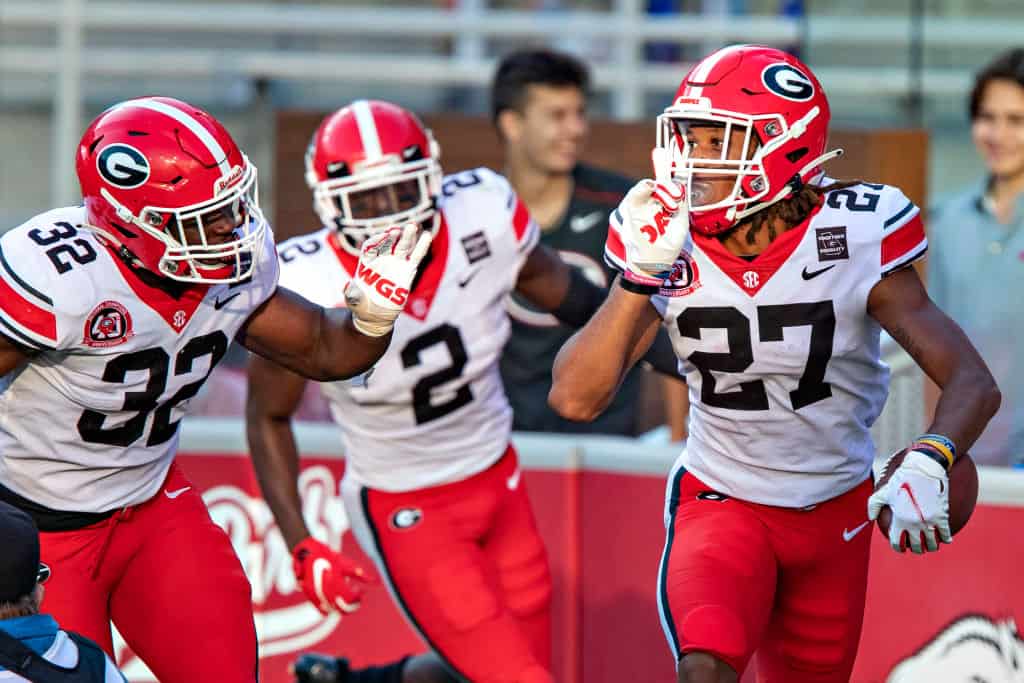