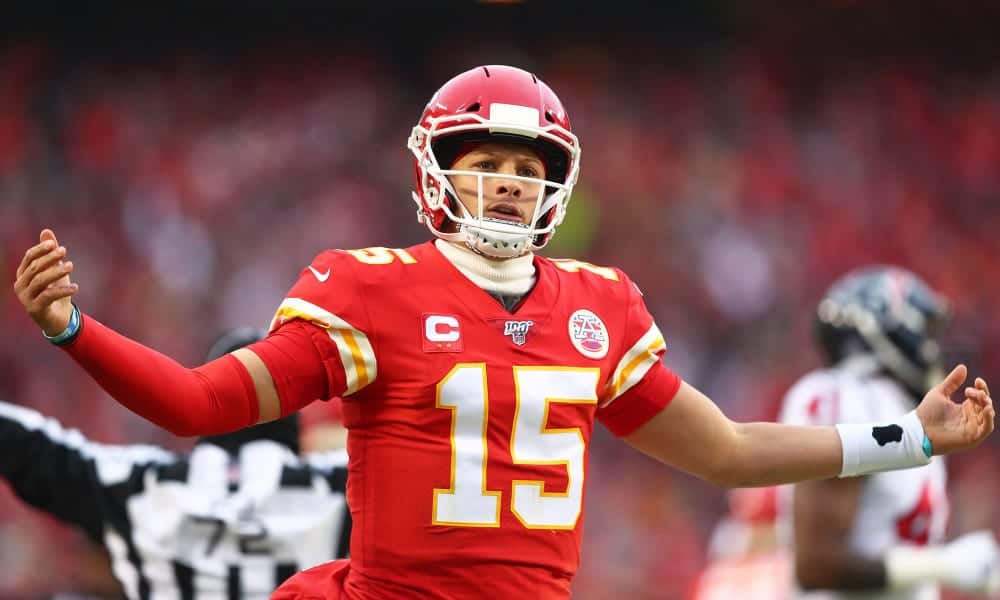 It’s finally here! Schedule release day! And with that, the speculation can begin. What better way to do that than to overanalyze every game on the schedule. I’m sure you’ve already scanned your favorite team’s docket, but here are the top Monday Night Football games for 2020.

Brady and the Bucs

Tom Brady and his new teammates in Tampa Bay play twice under the lights on Monday Night Football this year, first against the New York Giants in Week 8 and then against the Los Angeles Rams in Week 11. Brady is 17-7 (71%) on Monday Night Football, which is slightly below his career average win percentage of 77%, but I wouldn’t exactly say he struggles under pressure. Regardless, odds are good that he’ll put up a performance to remember on one or both Monday Night games this season and be worth staying up late to watch.

Another team that gets to play twice on Monday is the Baltimore Ravens. Their early-season matchup is the more interesting one, especially for fantasy football players. In Week 3, Patrick Mahomes and the defending Super Bowl Champion Kansas City Chiefs, head to Baltimore where Lamar Jackson and the Ravens will be waiting for them. Outside of the premier signal-callers, fantasy players will also be hoping to see rookie RBs Clyde Edwards-Helaire and J.K. Dobbins as well, both of whom were top draft picks in most dynasty fantasy leagues. Suffice it to say, this game could rival the Chiefs-Rams matchup from 2018 and be one of the best games of the entire season. Mark your calendars.

Brees vs the West

The New Orleans Saints are also lucky enough to earn two Monday Night matchups this year. Future Hall of Fame quarterback Drew Brees is likely going on his farewell tour this year, so getting to put him in primetime twice is a smart move by the NFL. Not only are both Monday matchups early in the season but in a strange twist, they are both against AFC West teams. Brees is a dead even 17-17 against the AFC West for his career, so it’s likely he’ll be hoping to go out on a high note and finish above .500 if he can. Besides, he’s a competitor, and every win matters already, making both matchups top Monday Night games in 2020.

The New England Patriots were also granted two Monday Night games this season, both of which are against divisional opponents. The first in Week 9 against Sam Darnold and the New York Jets could be a cakewalk, but the Monday Night Football finale where the Patriots face Josh Allen and the Buffalo Bills in Week 16 is easily a top Monday Night game in 2020 due to the potential playoff implications for both teams.

The Bills came on strong last year and are looking at another playoff run this year. In Week 17, the Patriots host the Jets again to finish the season, so depending on what happens the Monday before they could be resting their starters or fighting for a playoff spot, giving even more weight to the Monday Night matchup against Buffalo.

Burrow under the lights

Of the top two rookie quarterbacks, only Joe Burrow gets a Monday night game during his rookie campaign as Tua Tagovailoa and the Miami Dolphins were left off the Monday Night schedule this year. Burrow and the Cincinnati Bengals host the division rival Pittsburgh Steelers in Week 15 where the team will likely know if he’s the QB of the future or not by then.

Burrow’s predecessor, Andy Dalton, had a notoriously bad record on Monday Night, only winning two of his seven career MNF games. The Bengals and their fans will be hoping that Burrow can do better under the lights and prove once and for all that he was worth that number one overall pick.

What games are you most excited for? Are there any that you’ll definitely be passing on? Let us know, and visit us throughout the season for more analysis!

Continue to visit the Pro Football Network for NFL news and in-depth analysis like the #PFNOSM data and NFL Draft news and analysis while also visiting our Dynasty Fantasy Football section for more coverage.