10 Best Fantasy Football Podcasts: Which ones should you listen to? 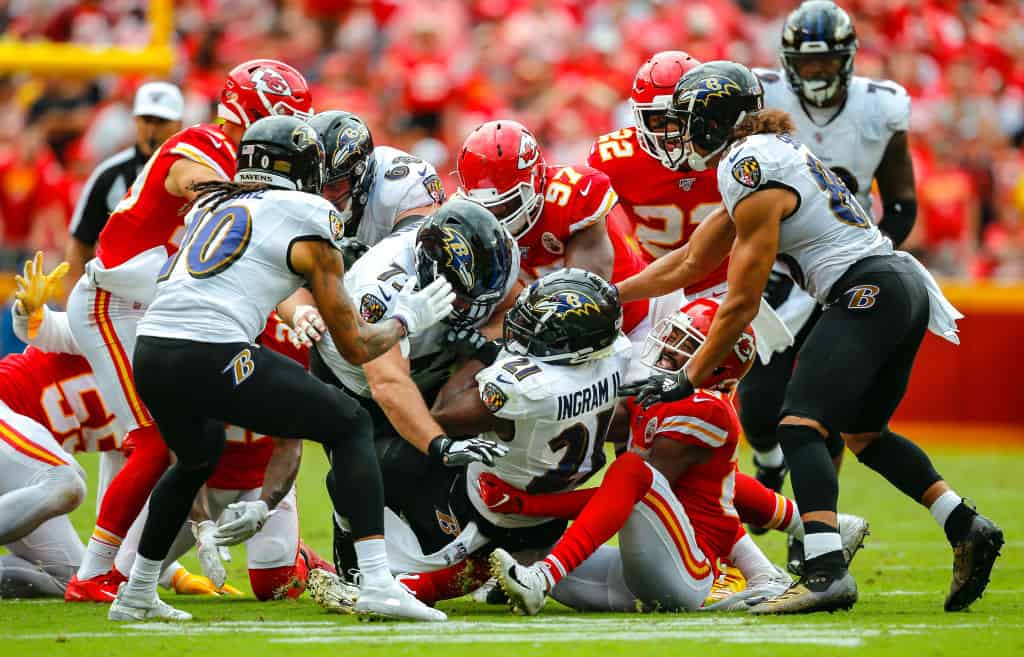 What time does the NFL game tonight start? Here’s the channel and streaming info for the Week 3 Monday Night Football game which will see the Kansas City Chiefs take on the Baltimore Ravens at M&T Bank Stadium in Baltimore, Maryland.

Don’t forget to check out Mike Tanier’s NFL Week 3 Recap, which touches on several topics, including a few suprise 3-0 teams, the mess in Philadelphia, the Atlanta Falcons blowing a second-consecutive lead, and much more.

What time and where is the Monday Night Football game tonight?

In what may be the early candidate for NFL game of the year, the 2-0 Kansas City Chiefs travel to take on the 2-0 Baltimore Ravens.

The storyline of Monday Night Football’s matchup begins with quarterbacks Patrick Mahomes and Lamar Jackson. The two quarterbacks have faced off against each other two other times, Mahomes and the Chiefs with the 2-0 edge. With the trajectory of both franchises facing up, we can expect this matchup almost every year, both in the regular season but the playoffs, too.

Speaking of the playoffs, the winner of the game will have the upper hand when it comes to playoff seeding; if both teams finish with the same record, Monday’s winner will hold the head-to-head tiebreaker. As Chiefs fans know, home-field advantage in the postseason could make the difference in pursuit of the Super Bowl.

Are fans allowed at Ravens games this season?