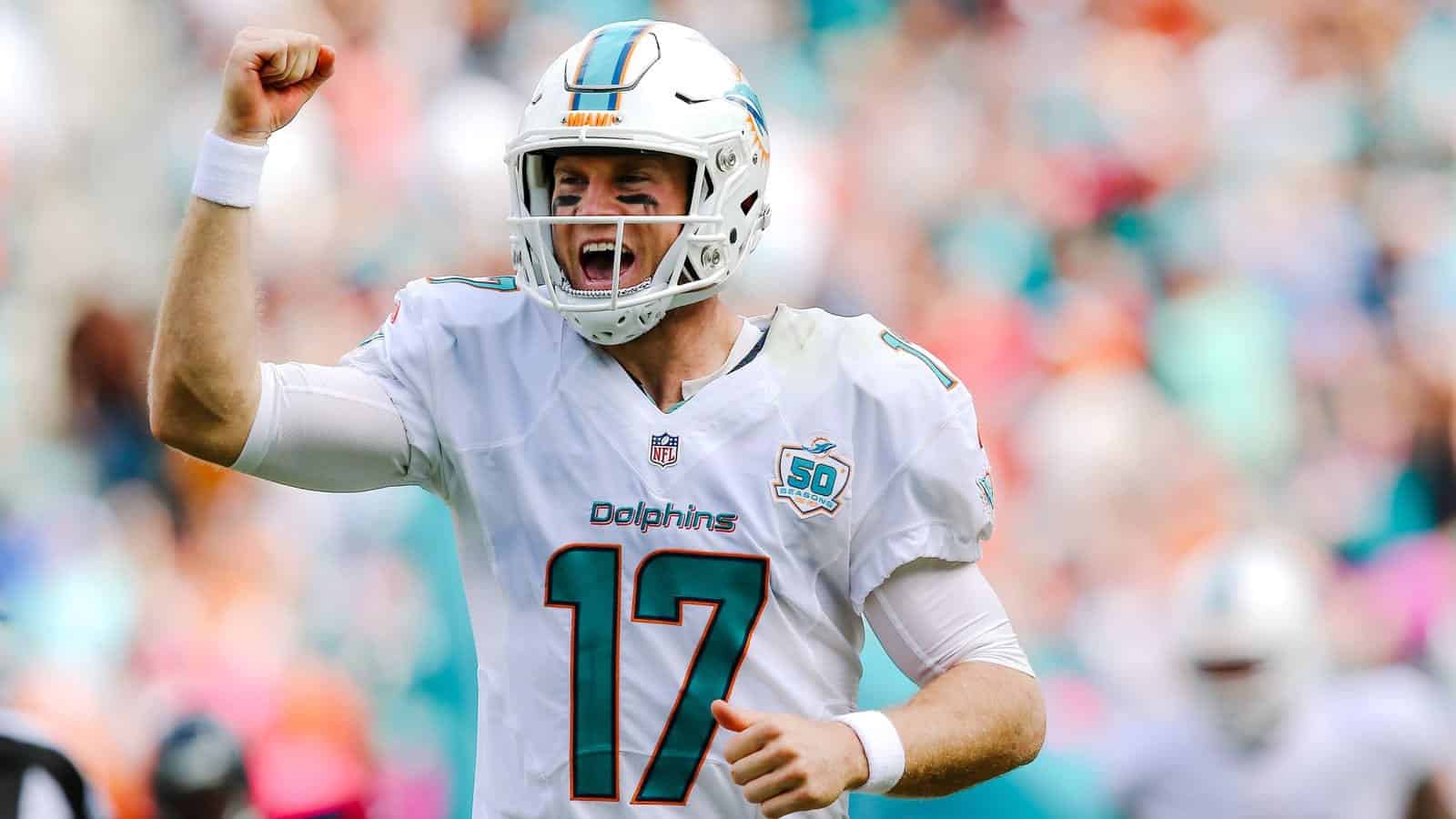 Photo Credit: Steve Mitchell-USA TODAY Sports
What's in this article? Click to show
The feeling in South Florida since the season ended has been that Ryan Tannehill has played his last game for the Miami Dolphins. The Dolphins have reportedly attempted to trade the quarterback to no avail. If they can’t find a trade partner, they will outright release the former 8th overall pick after seven years.
Why has the market been so cold for Tannehill?
Tannehill’s recent injury history

The feeling in South Florida since the season ended has been that Ryan Tannehill has played his last game for the Miami Dolphins. The Dolphins have reportedly attempted to trade the quarterback to no avail. If they can’t find a trade partner, they will outright release the former 8th overall pick after seven years.

Over the last month, NFL fans have seen quarterbacks like Joe Flacco and Case Keenum traded to new teams for draft picks. While the Dolphins have been shopping Tannehill to potential QB needy teams, it’s clear that the calls have been one-sided to this point. The Denver Broncos gave up a 4th-round pick to acquire the former Super Bowl MVP from the Baltimore Ravens. Having locked in their QB for 2019, Denver then sent Keenum to the Washington Redskins for a 6th-round pick.

Although he’s aged and his numbers have declined since throwing for a career high in yards in 2016, Flacco has played in 15 postseason games. Keenum, on the other hand, has less than half the amount of touchdowns as Tannehill and a lower career passer rating.

Why has the market been so cold for Tannehill?

Just this past year, Peter King had Tannehill in his top five for MVP voting. This was after a 3-0 start by the Dolphins, and the QB had a 122.7 passer rating.

Must be some sort of misprint here by @peter_king because that player currently 5th in his MVP Watch seems out of place. pic.twitter.com/e2eOBvgG9i

Following the hot start, Miami lost the next two games and saw their QB hurt his shoulder causing him to miss the next five games. Upon returning from the injury, Tannehill never looked anything like a franchise QB. Over the last six games of 2018, the Dolphins went 2-4, including a humiliating week 17 loss to the Buffalo Bills. Tannehill posted a 43.3 passer rating and threw two interceptions in the debacle.

Tannehill has never been able to display the attributes of a franchise passer consistently. He has certainly been able to string together some very impressive games throughout his career. These streaks of hot play provided his loyal fans the ammunition they needed to sing his praises. However, Tannehill would typically follow up these impressive performances with duds that make him look like he wouldn’t even belong in the AAF.

Before suffering his first of back to back ACL tears in 2016, Tannehill seemed to have turned a corner. New Dolphins head coach Adam Gase had the QB playing the best football of his career. But he was never able to return to that level of play following his return in 2018. Tannehill didn’t miss a single game throughout his first four years. However, he has now been inactive for 24 games over the last three seasons.

Three straight years of injuries have derailed Tannehill’s career. When he wasn’t missing games due to injury, he was an above average QB. According to Pro Football Focus, Tannehill has posted above average to good grades in each of his seasons except 2018. Last season was by far his worst season, finishing as the 60th ranked QB (out of 70 ranked).

Tannehill will be 31 when training camp rolls around. It would seem that the league has seen enough of the QB to know what he has to offer. For Miami, it looks like they will have to release their 2012 first round selection without receiving any compensation.

Armando Salguero of the Miami Herald has reported that Tannehill prefers to sign with a team compete to start. But it’s far more likely that the QB will be a backup and mentor moving forward. After seven years and 88 career starts, NFL teams know what Tannehill is. And what he is not.