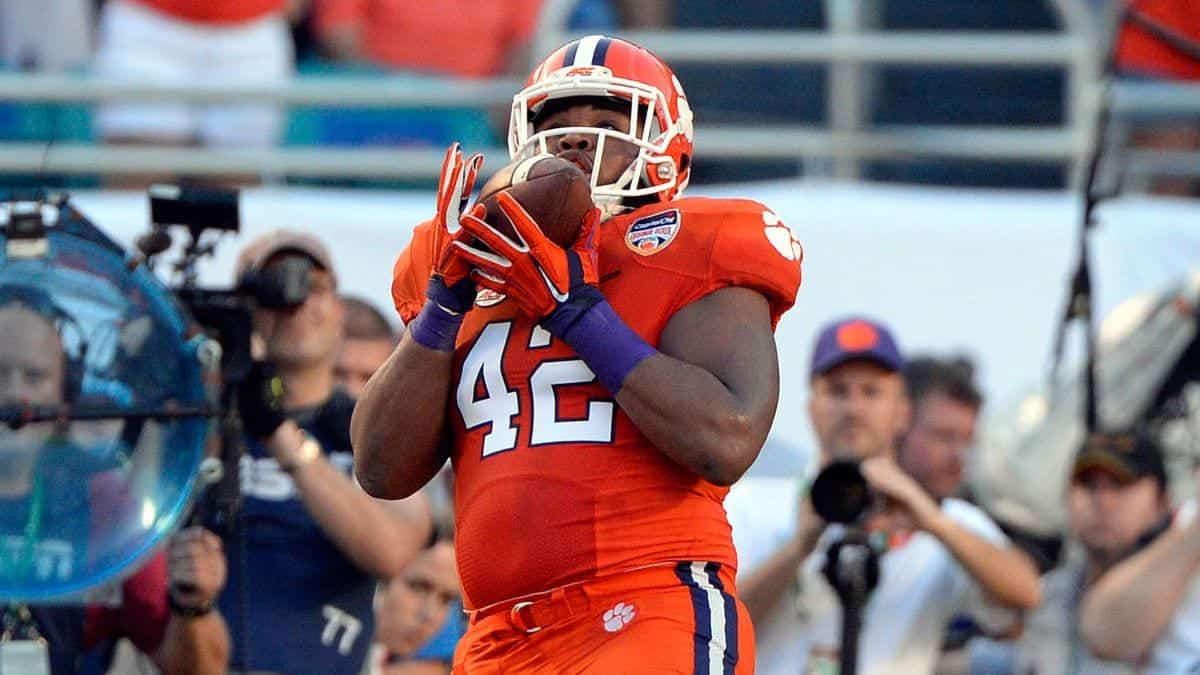 Photo Credit: USA Today
What's in this article? Click to show
The Miami Dolphins are in the midst of a rebuild (tank), and they aren’t afraid to admit it. Since firing head coach Adam Gase after another disappointing season, Miami’s roster is completely changed.
Who’s out?
Who’s in?
The “Chosen One”?
On track?

The Miami Dolphins are in the midst of a rebuild (tank), and they aren’t afraid to admit it. Since firing head coach Adam Gase after another disappointing season, Miami’s roster is completely changed.

The Miami Dolphins have been stuck in perpetual mediocrity for the last two decades. Miami is 153 – 167 over the previous 20 seasons, which to say the least, isn’t great. The Dolphins have reached the playoffs just five times since 1999 and own a 2 – 5 record in those games. The team’s last playoff victory came in 2000 which was Jay Fiedler’s first year under center, and fans will now watch through yet another rebuild.

Miami has decided to begin rebuilding their roster this offseason, again, in hopes of getting the once storied team back on track. Running the show will be general manager Chris Grier and first-time head coach Brian Flores, a Bill Belichick disciple. Owner Stephen Ross has tasked these two men with getting his team back to the promised land.

Grier and company decided early in the process that overaged, overpaid and underperforming players weren’t going to stick around for the rebuild. Even players who will one day be in in the team’s ring of honor and former first-round draft picks. The team released players such as defensive end Andre Branch, wide receiver Danny Amendola and guard Josh Sitton. Along with trading Robert Quinn and quarterback Ryan Tannehill to the Tennessee Titans for draft compensation. Miami also made the difficult decision to not match Tennessee’s offer to the player who has the 2nd most sacks in team history, Cameron Wake.

Grier has been in the Dolphins organization for 19 years now. So he’s had a front row seat on how NOT to build a football team. Grier made his intentions known immediately when he began slashing unnecessary salaries.

Miami started this rebuild with a young, cheap and versatile roster. Coming from the Belichick tree, Flores will utilize his players in multiple positions to maximize their uses. The Dolphins selected defensive lineman Christian Wilkins from Clemson with the 13th pick in the draft two weeks ago. Wilkins primarily played tackle his last two years. But he spent his entire freshman year playing defensive end under current Dolphins defensive line coach Marion Hobby. Wilkins also made appearances on offense at Clemson scoring twice as a runner, and once as a receiver.

Another change coming to the Dolphins offense will be the use of a fullback! Miami hasn’t had an official fullback on the roster since Tony Sparano was the head coach. With the 233rd pick in the draft, Miami selected FB Chandler Cox out of Auburn. Expect to see Cox used similarly to Rex Burkhead in New England, and this should also assist Kenyan Drake and Kalen Ballage in opening up wider running lanes.

Arguably the biggest acquisition of the Dolphins offseason has been the trade that brought them quarterback, Josh Rosen. Rosen, the 10th overall selection in the 2018 draft became available after the Arizona Cardinals selected quarterback Kyler Murray 1st overall in this year’s draft. Miami gave up the 68th pick in this year’s draft as well as a 4th rounder next year to bring Rosen to Davie.

This move has been polarizing in the Dolphins community, fans either love it or hate it (eerily similar to when they drafted Tannehill). Some fans scream that it completely derails the rebuild or “tank for Tua,” while others praise it as one of the best moves in franchise history.

In my opinion, Miami’s rebuild is still entirely on track. I think Rosen becoming available was something the team wasn’t expecting in the beginning but couldn’t pass it up at this point. Rosen will either be bad enough and allow Miami to still be in a position to draft one of next year’s top QB prospects or be good enough that the team can use next year’s picks as recourses to build around Rosen.

If Rosen isn’t the long term option at QB, he will at least be a young cheap backup for the next three seasons. If he beats out Ryan Fitzpatrick and shows that he has what it takes to be Miami’s QB of the future, then the team gave up only a late 2nd round pick for their first franchise QB since Hall of Famer Dan Marino.

In this article:Featured, featured, Josh Rosen