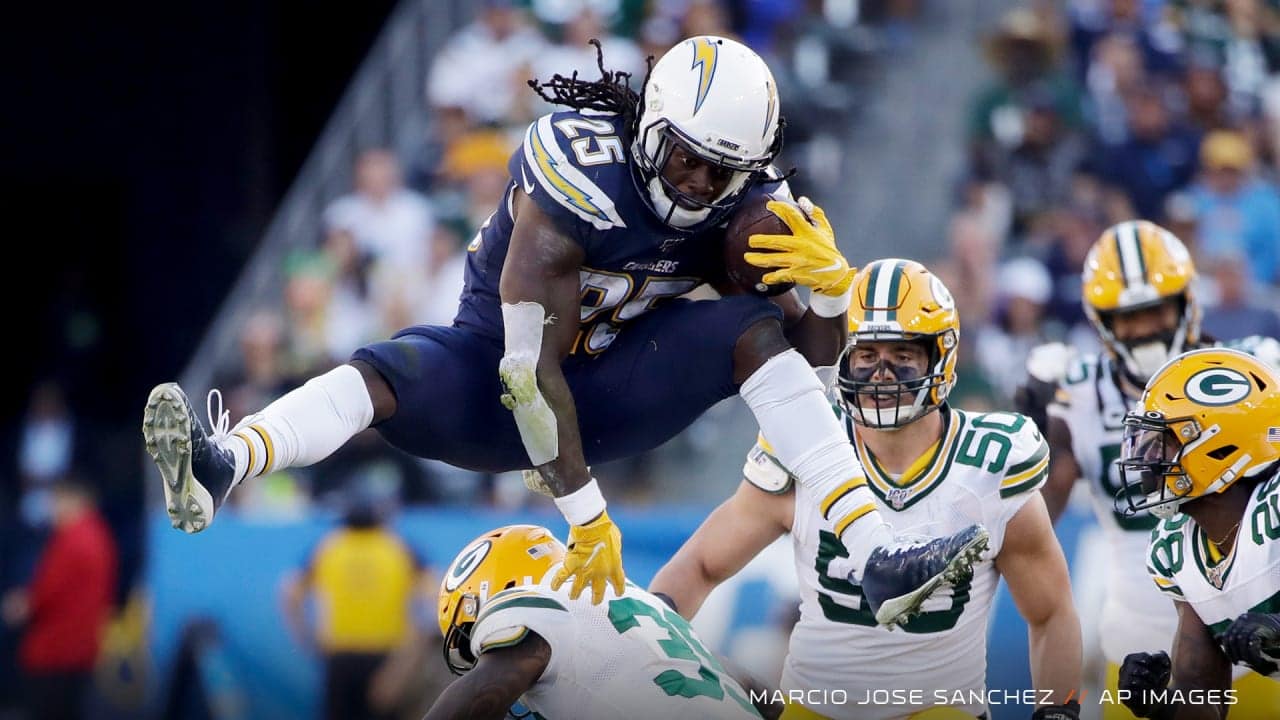 Melvin Gordon signed a two-year, $16 million contract with the Denver Broncos in March and officially switched teams within the same division, having played for the Los Angeles Chargers for five seasons previously. This move left a huge hole for the Chargers and filled a huge need on the Broncos roster. Now that he’s on a new team, let’s look deeper at what this move means for Gordon’s fantasy value in 2020.

Gordon held himself out of the first three games of the 2019 season as he waited to get a better contract with the team. Once it was clear that a new contract wasn’t going to happen, Gordon decided to man up and play, but he’d missed all of camp and the preseason. He missed Week 4, trying to get up to speed as a result. This gave way for Chargers RB Austin Ekeler to shine in his absence, and eventually, earn his own contract with the Chargers instead of Gordon.

Once he was back on the field, Gordon started 11 of the 12 remaining games. For the season, Gordon ran for 612 yards on 162 carries (3.8 YPC) with eight touchdowns and added 42 catches on 55 targets for 296 yards (7.0 YPR) and another touchdown. His 2019 stats weren’t stellar, but they were enough to show that he still had something in the tank. He just didn’t seem to have the desire to go all out for the team that didn’t want to pay him to do so.

Once the season ended, Gordon got out of Los Angeles as quickly as possible. He made it known that he wanted a big contract, and he wasn’t taking no for an answer. This is where the Broncos came in.

In contrast to Gordon’s mediocre 2019, UDFA RB Phillip Lindsay had a terrific season for Denver. For the season, Lindsay ran for 1,011 yards on 224 carries (4.5 YPC) with seven touchdowns and added 35 catches on 48 targets for 196 yards (5.6 YPR) through the air. Lindsay was clearly no slouch, but the Broncos signed Gordon to compete with him in 2020 nonetheless.

In terms of real football, PFN’s Matt Williamson has Melvin Gordon ranked as the number 12 running back in the NFL, so he’s not being signed to just ride the bench. It’s obvious that the Broncos expect him to get the starting job, or they wouldn’t have paid him the kind of money he got.

However, this all sounds familiar to me. A similar thing happened in 2018 when the Broncos drafted Royce Freeman in the third round to be their back of the future. That was until a plucky, undersized, undrafted player named Phillip Lindsay made a name for himself in the preseason and became the starter out of nowhere. Lindsay is set to earn his job all over again, only this time around, he has two 1,000-yard seasons under his belt. The RB1 role is Lindsay’s now, and Gordon is going to have to do some real work to earn it for himself.

On that note, PFN Broncos writer Zach Segars reported from training camp that “Gordon hasn’t performed badly, but Lindsay has still managed to look like the clear No. 1 back, thanks to an improved ability as a pass-catcher and the same burst, vision, and toughness that’s made him a consecutive 1,000-yard rusher the last two seasons.” It’s possible that Gordon is paid to be the RB1 on the team without actually winning the job, which could pose problems for the team more than just for Gordon himself.

That being said, if you look only at Gordon’s fantasy value, it looks like he’s the clearcut RB1 for this team. Fleaflicker ADP has Gordon going in the fourth round as RB21, while Lindsay is going in the eighth round as RB37.

Given the potential output for each player being pretty close, getting Lindsay later is definitely the smarter move. The lower cost implies a lower risk while still giving a very high reward if he does indeed earn the starting role. Even if he’s the 1B to Gordon’s 1A, Lindsay would be a huge value at that range and an easy target in all 2020 drafts.

Don’t get me wrong. I don’t think Gordon is washed up or anything. It’s just that I’d rather have someone going near Gordon’s value, like Calvin Ridley and Lindsay over Gordon and someone going at Lindsay’s value like Emmanuel Sanders. It just depends on how much risk you like to take earlier in your drafts.

While I don’t have the highest of hopes for Gordon in 2020, if he actually solidifies himself as the workhorse back in that offense, he could be a great pick and shine as a true top-12 back again, both on the field and in fantasy football.