What a cracker we have for us in the Week 12 edition of Monday Night Football. The hottest team in football, the Baltimore Ravens, will take to the field in LA to face the defending NFC champions, the Los Angeles Rams. These two teams are on very different trajectories right now. The Ravens are the talk of the NFL, sitting at 8-2, having reeled off a string of impressive wins over good teams. In contrast, the Rams are struggling a little at 6-4, with their playoff hopes still alive by the smallest of margins. In what should be a fantastic game, let’s take a look at our team’s picks for Rams vs Ravens on MNF.

This spread has moved from 3-to-3.5 in the last 24 hours, and frankly, it is not a surprise. Approximately three-quarters of the bets have been on the Ravens for this game. The only reason the line did not move earlier is that there has been a closer to 50% proportion of the money (70-30). The total has also moved up half a point to 47, which, given the way the Ravens offense has been playing, is not a surprise.

“This is an absolutely fascinating game. Who would have ever seen the defending NFC champions a home underdog to the Baltimore Ravens in the preseason? I certainly did not, and I still cannot quite get my head around it. However, can you pick against the Ravens right now? The way they dispatched the Texans and Patriots has been a thing of beauty. My colleague Jason has a view on the outcome of this one, so I am not going to put down an official play, but all I can say is that I am very heavily leaning towards the same view as him.

In terms of touchdown scorers, you can really look at any of the Ravens “big-three”. Mark Ingram has been in the end zone 10 times this season, Lamar Jackson six and Mark Andrews six as well. Andrews had a drought for five weeks when he was battling health, but has found himself in the end zone in both of the past two weeks. At +150, I will take him with 0.75 of a unit. As a long shot, I am going to look for Gus Edwards to find the end zone for the third time in four games at +400. I could also consider Nick Boyle and Hayden Hurst, with a lean towards Hurst at +650 given his six re-zone targets this season.”

“The Ravens are due for a letdown, but the Rams just haven’t looked like the same team that went to the Super Bowl last season, particularly on offense. That said, Jared Goff struggles the most when under pressure, and the one thing the Baltimore defense doesn’t really do, is rush the Quarterback. Goff should also get two of his wide receivers back this week in Robert Woods and Brandon Cooks. Can you tell I’m leaning towards the Rams? So why just a lean and not an official pick? I just can’t pull the trigger at +3.5 against the Lamar Jackson-John Harbaugh combination right now. My suggestion would be to find a way to get that number up to around +10 if possible with a teaser involving one of the Thanksgiving games, although even then, I’m not sold on this one either way.”

“The net yards per play model says the Rams should be short favorites at home against the Ravens. I don’t think I agree with that. The trench match-up figures to be even, but the Ravens have the head coach and QB advantage. I do think this game could be lower scoring, but I don’t want to bet on it. Lamar Jackson poses a threat no other player in the league poses.”

“Hard to bet against a team that is firing on all cylinders like the Ravens. The Rams are coming off of a Super Bowl hangover while MVP front runner Lamar Jackson leads Baltimore on a Super Bowl quest.”

Click to view the running list of our bets for this week and the 2020 NFL Season. Be sure to bookmark that page and visit it often throughout the week to stay updated on our latest moves. 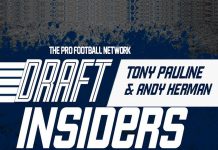