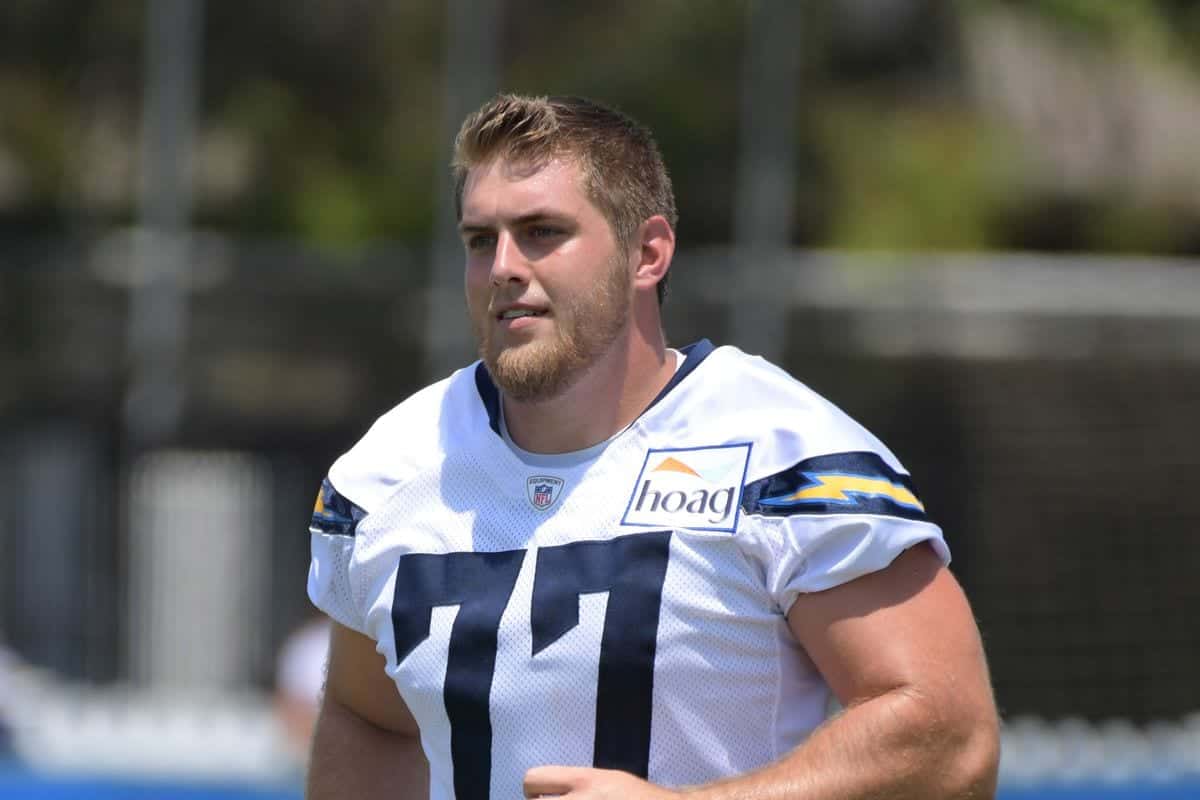 The Los Angeles Chargers found a lot of success in 2018. After posting a 12-4 regular season record, the Chargers managed to pull out a victory over the Baltimore Ravens in the Wild Card round. Their season ended a week later against the eventual Super Bowl champion New England Patriots.

Heading into 2019, Los Angeles is looking to make a return trip to the playoffs. Getting key players such as Hunter Henry and Trevor Williams back to full health should go a long way in making that happen. However, more help is going to be needed for the Chargers to surpass expectations.

Here are five potential breakout candidates who could help get them over the top.

The Chargers had high hopes for Uchenna Nwosu when they selected him with the 48th overall pick in the 2018 NFL Draft. Despite only playing 26.2 percent of the defensive snaps as a rookie, the USC product didn’t disappoint. He racked up 27 tackles and 3.5 sacks during the regular season. In the postseason, Nwosu added seven tackles and a critical strip sack in that Wild Card matchup against the Ravens.

As it sits, the 6-foot-2, 251-pound edge rusher is expected to see early-down work at strongside linebacker and then put his hand in the dirt on passing downs. This versatility is paramount in maximizing his impact for Los Angeles. Don’t be surprised to see a significant leap in production this year.

Second-year receiver Dylan Cantrell still hasn’t made a catch in an NFL game, but that hasn’t stopped the coaching staff from remaining high on him. The 6-3, 226-pounder out of Texas Tech didn’t put up eye-popping numbers in college (1,873 yards and 18 touchdowns in four seasons), but there’s still a lot to like.

There have been rumors that Cantrell could end up pushing veteran receiver Travis Benjamin for the third receiver spot. If that happens, the opportunity could lead to decent production. Mike Williams put up impressive numbers (43 receptions, 664 yards, and ten touchdowns) in a similar role last season.

Denzel Perryman isn’t new to the NFL. After playing out his rookie contract, the Miami product was re-signed by the Chargers to a two-year, $12 million extension. Retaining Perryman’s services could be crucial for a defense that is expected to be one of the league’s best. The Chargers have lacked a quality linebacking corps for some time, and Perryman can be the answer.

The only real problem with Perryman has been his health. In five seasons, the linebacker has been forced to miss 22 regular season games due to injuries. That’s not going to get the job done if he wants to be considered a building block for the future. If he can maintain his health in 2019, Perryman could see his first career 100-tackle season.

Several draft pundits had predicted that Forrest Lamp would be first-round draft pick back in 2017. Although he ultimately ended up falling to the Chargers in the second round, 38th overall, the expectations were still high. Unfortunately, Lamp suffered a torn ACL before the start of that season, ending any chance he had of hitting the ground running.

Now that he’s well over a year removed from the injury, the former Western Kentucky left tackle is ready to compete for a starting job. Whether that’s at either guard spot or right tackle remains to be seen.

Kyzir White‘s emergence as a starter was somewhat of a surprise during his rookie season. An impressive combine, including 21 bench press reps only raised his stock. The safety-turned-linebacker didn’t have any experience playing his new position, but the coaching staff knew he had the size, strength, and physicality to make an impact.

In three games, the now 23-year-old racked up 16 tackles, an interception, and two pass deflections. The hope is that he can continue to build on that and at the very least provide some quality depth for the Chargers.