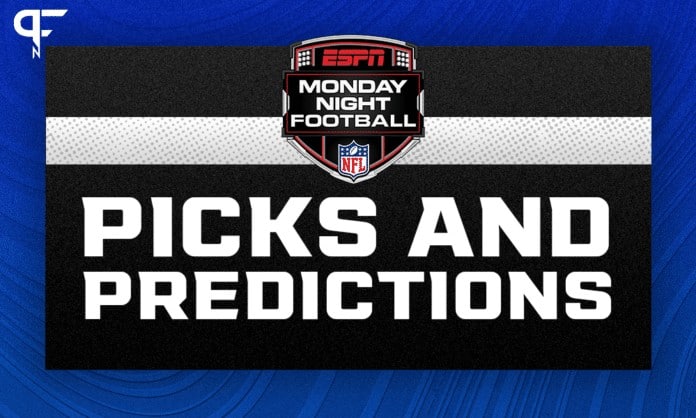 In our Lions vs. Packers prediction, we take a look at the NFL odds and provide a pick for tonight's Monday Night Football game.

Another Monday means another primetime divisional matchup. We close out Week 2 of the 2021 season tonight, and the Super Bowl-hopeful Green Bay Packers host their NFC North rival Detroit Lions. In this NFL betting prediction, let’s dive into a Lions spread vs. a Packers pick and determine the best bet for this Monday Night Football matchup.

Week 1 brought two surprising results for each of these NFC North teams, and tonight’s game may bring more of the same. Divisional games tend to be much tighter than other matchups, and this one may be no exception.

Vegas oddsmakers assume the Packers’ results from Week 1 were more an anomaly than a true representation of their talent, and the NFL odds in this divisional matchup are priced accordingly. Sportsbooks also take the Lions’ Week 1 results with a grain of salt rather than believe the box score’s close outcome.

Green Bay was embarrassed by the New Orleans Saints in its Week 1 loss. It was one of quarterback Aaron Rodgers’ worst performances of his entire career. On the bright side, he’ll get a quick turnaround and face one of the worst defenses in the NFL. The Lions gave up 41 points to a run-dominant San Francisco 49ers offense in Week 1.

With an aggressive running attack featuring running back Aaron Jones and a Rodgers-led aerial plan, the Packers should have little difficulty putting up points. Green Bay should have plenty of motivation to avenge last week’s beatdown, and this is a perfect opportunity to get right.

Defensively, the Packers will need to generate much more of a pass rush than they did last week. They may be able to limit the Lions’ offensive attack, with the possible exception of ever-improving tight end T.J. Hockenson. Detroit comes into this game with a 4-9 ATS record in their last 13 road games, and playing at Lambeau Field is certainly no cakewalk.

Detroit quarterback Jared Goff looks significantly better when he has a clean pocket. The Lions put up 16 points in garbage time against soft coverages playing prevent defense. Goff still needs time to build chemistry with his new receivers. Additionally, he’ll also be without one of his main targets (WR Tyrell Williams) in this game.

Detroit will be going up against 2020’s top-scoring offense in Green Bay. The Niners picked apart the Lions’ defense for 442 total yards and 31 points in the first two quarters. What will Mr. Discount Double Check do to them?

Not only will the Lions be missing Williams on offense, but they will also feature two banged-up running backs in D’Andre Swift and Jamaal Williams. Both are expected to play, but there could be a concern with injuries that popped up late in the week.

With all of these concerns, the Packers’ defense is not a fearsome one. Goff should be able to execute from a clean pocket for a decent amount of the game. The Packers may pick apart Detroit’s defense, but the Lions could also put up some points.

Lions vs. Packers prediction and pick

The 11.5-point spread indicates a one-sided affair dominated by the Green Bay Packers. With the rowdy Lambeau crowd behind them, the Packers should have no issues dismantling their division rivals. Green Bay was embarrassed in Week 1 and will come into this game focused and angry. The question is by how much.

The Lions had an atrocious defense last season, and it seems as if they will field a bottom-five unit this season. I expect Rodgers to throw for multiple touchdowns while Jones adds one or two on the ground. Goff likely won’t face any legitimate pressure from the Packers’ front seven.

I’ll gladly take the 11.5 points and bet on the Lions with a divisional game on primetime. This should be a 7-10 point victory for Green Bay with a potential backdoor cover by Detroit in this Lions vs. Packers prediction.