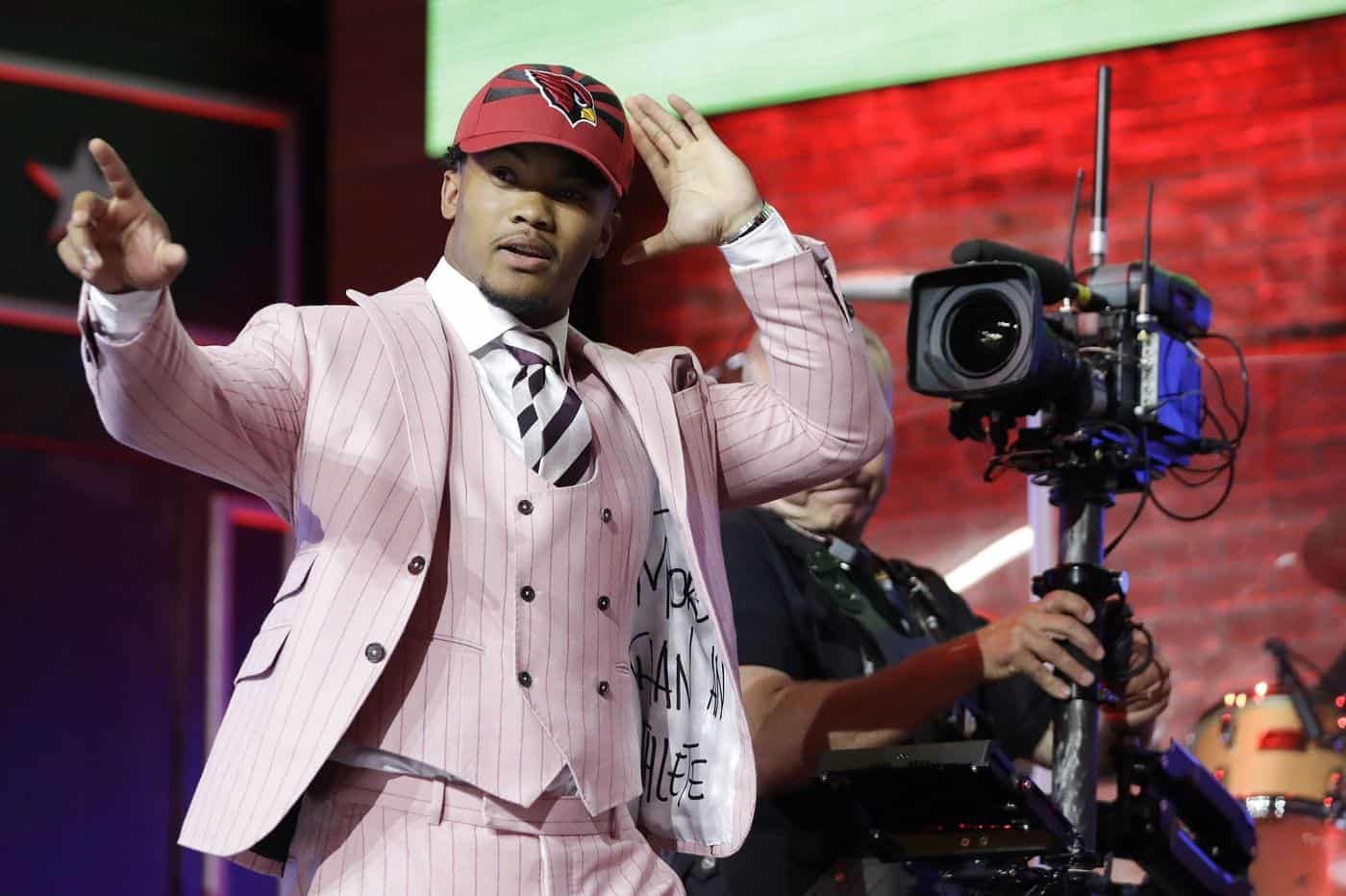 Photo Credit: MARK HUMPHREY / AP
What's in this article? Click to show
It’s a new podcast! Join hosts Kai’Chien Chisholm and Eric Wiedeke for the debut episode of the Rising in the East podcast. This week they cover the first round of the NFL Draft along with PFN writer Zach Knerr.
Kyler Murray
Josh Rosen to Miami?
Questions to think about during the show
New to the show?

It’s a new podcast! Join hosts Kai’Chien Chisholm and Eric Wiedeke for the debut episode of the Rising in the East podcast. This week they cover the first round of the NFL Draft along with PFN writer Zach Knerr.

It’s official, Kyler Murray is an Arizona Cardinal quarterback. The Cardinals tricked nobody in the NFL world as they took Murray with the number one pick in the 2019 NFL Draft. Until Kyler plays in head coach Kliff Kingsbury’s offense, we will not know if it was the right pick. For Cardinals fans, it is a time to be excited. Murray will bring some fun and excitement to a Cardinals team that did not have any of it last season. Pairing him with Kingsbury was the right move from the Cardinals due to Kingsbury wanting him to be his guy.

From fun times in Arizona to dark times for Josh Rosen. Last year the Cardinals traded a third and fifth round pick to move up to number ten and leapfrog the Miami Dolphins to pick Rosen. After a down season, the Cardinals decided to go fresh and new with Kyler Murray. This means Rosen is officially on the trade block. The widely reported number one team looking into Rosen are the Miami Dolphins. The Dolphins signed Ryan Fitzpatrick to a 2-Year deal during free agency but never ruled out a rookie QB in the first round. Although not a rookie, Rosen is a former first-round pick. Rosen was in a bad situation last season and could be this season as well if traded to the Dolphins. If the Dolphins to trade a third-round pick to the Cardinals, it should be massive upside on a cheap contract. This helps the Dolphins speed up the rebuild if Rosen is a bad player, #TankForTua.

Will Kyler Murray be a playmaker for the Arizona Cardinals? Is Josh Rosen destined to be a Miami Dolphin?