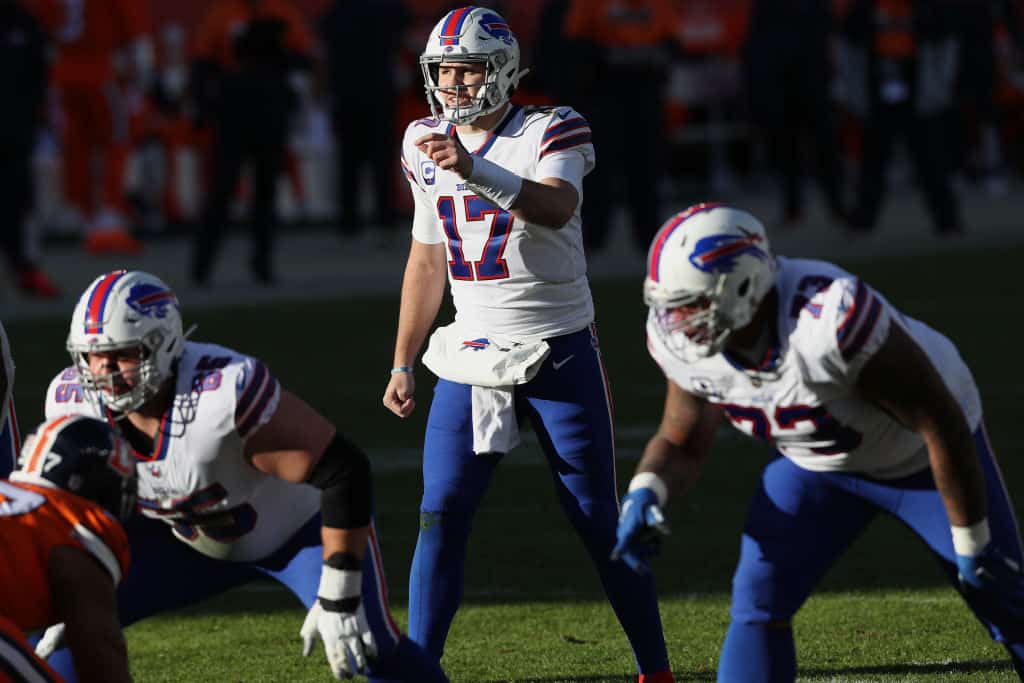 Some players, like Tennessee Titans running back Derrick Henry and Travis Kelce, already have a reputation for stepping up in December and the postseason. Others, like Josh Allen and Taysom Hill are hoping to earn just such a reputation over the six weeks or so. Think of these players as Super Bowl X-Factors: guys who can turn ordinary playoff teams into Super Bowl contenders and favorites into prohibitive favorites if they continue to step up in the weeks to come.

NFL Recap purposely skipped most of the usual suspects (Patrick Mahomes, Aaron Rodgers, Russell Wilson) to focus on other stars who are playing well enough down the stretch to be the reason that their teams reach Super Bowl LV.

If you are looking for more breakdown from this week’s slate of games, make sure to check out Mike Tanier’s recap in one easy article, click here to get started: NFL Week 15 Recap: David Montgomery, New York Jets highlight NFL action

Adams recorded another sack against the Washington Football Team on Sunday, giving him one sack in each of his last four games and 9.5 sacks for the season. That’s the all-time record for a defensive back; the previous record of eight sacks was set in 2005 by safety Adrian Wilson of the Arizona Cardinals, a similar player to Adams who was named to five Pro Bowls.

The much-maligned Seahawks pass defense had allowed less than 200 passing yards in three-straight games before allowing 295 yards — though with four sacks and two interceptions — in Sunday’s tight 20-15 win.

Yes, the Seahawks have faced quarterback bean dip lately: the Carson Wentz-Jalen Hurts experience, Colt McCoy, Sam Darnold, and Dwayne Haskins. But perhaps a month in tutorial mode will help the Seahawks pass defense solve some of its problems. At any rate, they need Adams to continue their record-setting ways to have any hope of not getting picked apart in the playoffs.

Over his last three games, Josh Allen has averaged 324 passing yards per game, completing 68.3% of his passes, thrown eight touchdowns and only one interception. Allen also ran for two touchdowns in Saturday’s 48-19 blowout of the Denver Broncos. Did we mention that one of those huge games came against the Pittsburgh Steelers defense?

Josh Allen is a top-five quarterback when playing at this level. If he keeps it up, the Bills can beat any other team in the AFC. Yes, even the Chiefs. Josh Allen is that good.

The Ravens may remain on the fringe of the playoff chase, but lately, they are looking a lot more like the team that finished 14-2 last year than they looked a few weeks ago, which makes them dangerous.

Brown is a big part of the reason. He caught six passes for 98 yards in Sunday’s 40-14 thumping of the Jacksonville Jaguars and now has 17 catches for 272 yards and three touchdowns in the last four games, including the key 44-yard fourth-down touchdown on Monday night after Jackson returned from, you know, his case of the cramps.

If Brown provides one deep reception per game, it opens things up for Jackson’s option game and everything else the Ravens wish to do offensively. And if Brown can become a consistent possession target as well, the Ravens’ offense could become even better than it was last year.

Bottom line: the top AFC contenders would not mind seeing the Ravens knocked out of the playoffs over the next two weeks. Ravens could just as easily be heading for the Super Bowl if they don’t.

OK, we should probably pad this segment out with some stats or something:

The splits above only got bigger and better after Henry’s 147-yard, one-touchdown performance. It just wouldn’t be a segment about late-season x-factors without him.

Drew Brees finished with 234 yards and two touchdowns after the fourth quarter of the Saint’s 32-29 loss to the Kansas City Chiefs descended into a Calvinball tournament. But Brees was 5-of-16 for 87 yards and an ugly interception at halftime. He’s not himself right now. And the Saints are dangerously short on weapons with Michael Thomas on injured reserve with an ankle injury.

Taysom Hill scored a goal-line Wildcat touchdown on Sunday. They will need him to do things like that to diversify their offense more often. They will also need him to have more impact as a slot receiver than he did on Sunday (no receptions on two targets). In short, the Saints need Hill to be the special player they claim he is, the one we saw a few times during his long relief stint over the last month.

Hill threw a 50-yard pass in the Saints playoff loss to the Minnesota Vikings last season (it wasn’t pretty, but it counted) and also caught a 20-yard touchdown pass in that game. It’s not ridiculous to expect Taysom Hill to be a factor in the playoffs this year. In fact, it may be an absolute necessity.

When the Chiefs decide to downshift from NFL Blitz 2000 to Normal Ball, they often turn to Travis Kelce to catch passes in the middle of the field, move the sticks, and do other things that terrestrial football teams do to win football games.

Travis Kelce caught eight passes for 68 yards and one touchdown on Sunday. He’s caught 58 passes in his last seven games (with at least eight receptions in each game) and knows a thing or two about stepping up in the postseason after catching 19 passes for 207 yards and four touchdowns in last year’s playoffs and Super Bowl.

With running back Clyde Edwards-Helaire likely out indefinitely with a scary-looking leg/hip injury, the Chiefs will lean on Travis Kelce even more to do the conventional stuff necessary to protect leads and beat quality opponents.

Za’Darius Smith has 11.5 sacks this season, 3.5 of them in his last four games. Preston Smith was uncharacteristically ineffective for much of the season, in part because Packers defensive coordinator Mike Pettine insisted on dropping him into some hopeless coverage assignments, but he has recorded 2.5 sacks and one fumble recovery for a touchdown in his last four games.

You know how Packers’ seasons go. Aaron Rodgers goes ham for the entire regular season. Then the defense has a collective meltdown in the playoffs. Usually, it’s the run defense that falls apart, and that’s not really Smith & Smith’s department. But winning in the 2020 playoffs will mean pressuring Tom Brady, Brees, or Russell Wilson. If the Packers edge rushers can do that, they can help the team stave off its regularly-scheduled January disaster.

Taylor has rushed 71 times for 414 yards (5.8 yards per carry) and four total touchdowns in his last four games, adding some production as a receiver as well. When Taylor, the team’s second-round pick, was unavailable in the loss to the Tennessee Titans in Week 12, the Colts rushed for just 56 yards.

Taylor’s speed, power, and ever-improving vision and instincts have made a big difference for the Colts offense down the stretch. If the Colts have any hope of hanging with the top contenders in the postseason, they’ll need the offensive balance that Taylor’s emergence provides.