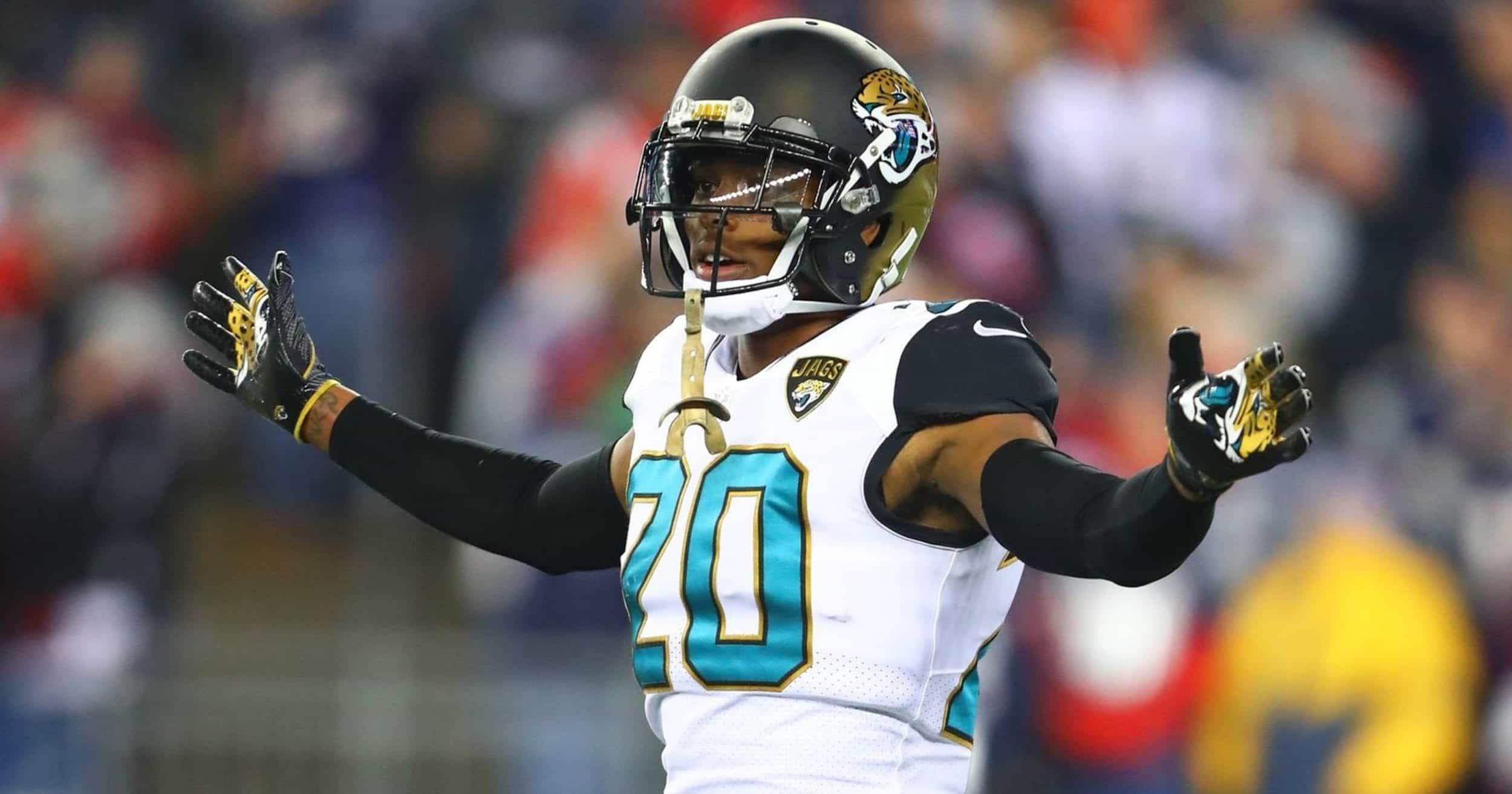 Photo Credit: USA Today
What's in this article? Click to show
Jalen Ramsey future contract
Possible franchise tag
New to the show?
Catch up with our other Podcast hosts in the PFN Network

Jalen Ramsey is a huge part of the Jacksonville Jaguars defense. The Jaguars have had an on and off defense in recent years. Two years ago they were dominant, and last year they were very average. They had the addition of A.J Bouye to pair with Ramsey, and they were great together. This year is a contract year for Ramsey, and the Xavien Howard contract will be a base for what Ramsey will make. Most NFL fans would argue that Ramsey is the better corner and most experts agree. This means the Jaguars will need to load up as many brinks trucks as possible to get Ramsey to sign on the dotted line.

For Jalen Ramsey and the Jacksonville Jaguars, the franchise tag could be used. We saw the situation a couple of years ago with Josh Norman and the Carolina Panthers. The Panthers tagged Norman before eventually rescinding it after he did not sign. He ultimately signed a massive contract with the Washington Redskins. The situation with the Redskins was way worse than the current situation between Ramsey and the Jaguars in its current state. The Jaguars should take a page out of the Miami Dolphins book and sign their star corner to the contract he deserves. It will be a telling year for the Jaguars but signing Ramsey to a long-term deal should be the main priority.

Do you think that Jalen Ramsey deserves to be the highest paid cornerback in the NFL? Or does his contract depend on the Jaguars success?

Did you enjoy the podcast? Make sure to let our hosts Eric Chiofalo and Zach Wolchuk on Twitter: @ChiofaloSports & @ZachWolchuk. While you’re on Twitter make sure also to follow Pro Football Network @PFN365.This will keep you updated with all podcasts and articles from our network. Support our hosts by using the #PFNPodcastCampaign on Twitter.