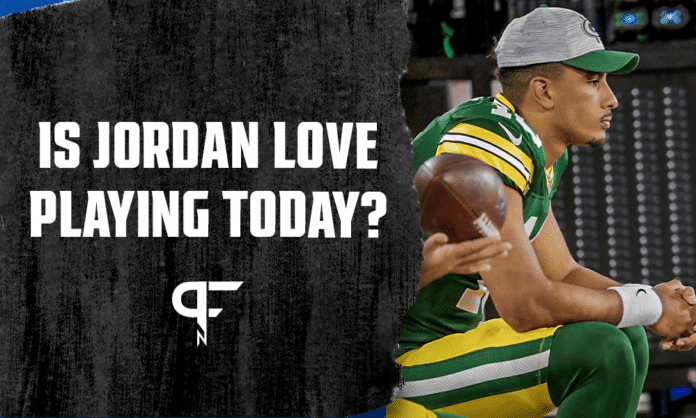 Is Jordan Love playing today vs. the Jets?

Jordan Love injured his shoulder slightly in the last preseason game, so is he playing in Week 2 when the Packers take on the Jets?

Week 1 of the NFL preseason was the first live game snaps in Jordan Love’s young career, but is he playing Week 2 after “dinging” his throwing shoulder during the first preseason game? The Green Bay Packers quarterback finished 12 of 17 for 122 yards and a touchdown, but the second-year QB hasn’t practiced since.

Although there haven’t been any concrete reports that he isn’t playing, all the talk has been that he’s unlikely to play in Week 2 of the preseason. They appear to be letting his throwing shoulder rest.

Love looked the part of an NFL quarterback in his first-ever preseason outing. However, there is plenty of room for growth as we advance as well.

When things were reactive for Love, his game shined. When the pocket was clean and he was delivering passes over the short and intermediate areas of the field, he looked to be aiming the ball a bit. Velocity and ball placement wavered in those instances, but his receivers made a few outstanding catches.

On a 4th-and-2 play-action pass, it appeared as though Love turned the wrong way on the fake. Now, in a lot of young players, that could scramble their brain into a pretzel. That’s not to mention the fact even veterans can forget the situation and forget to at least attempt a pass beyond the first-down marker.

Love, on the other hand, threw the ball downfield to his receiver, who couldn’t make the grab. But that play was an example of necessary awareness.

There was another play that, while he could have rushed up the middle, he demonstrated some savvy. He slid left to avoid interior pressure and then stepped up, kept his eyes downfield, then quickly peered left to find his checkdown, A.J. Dillon.

Many young, athletic QBs would scramble there. Although that was certainly an option, it was impressive to see Love keep his eyes downfield the whole time.