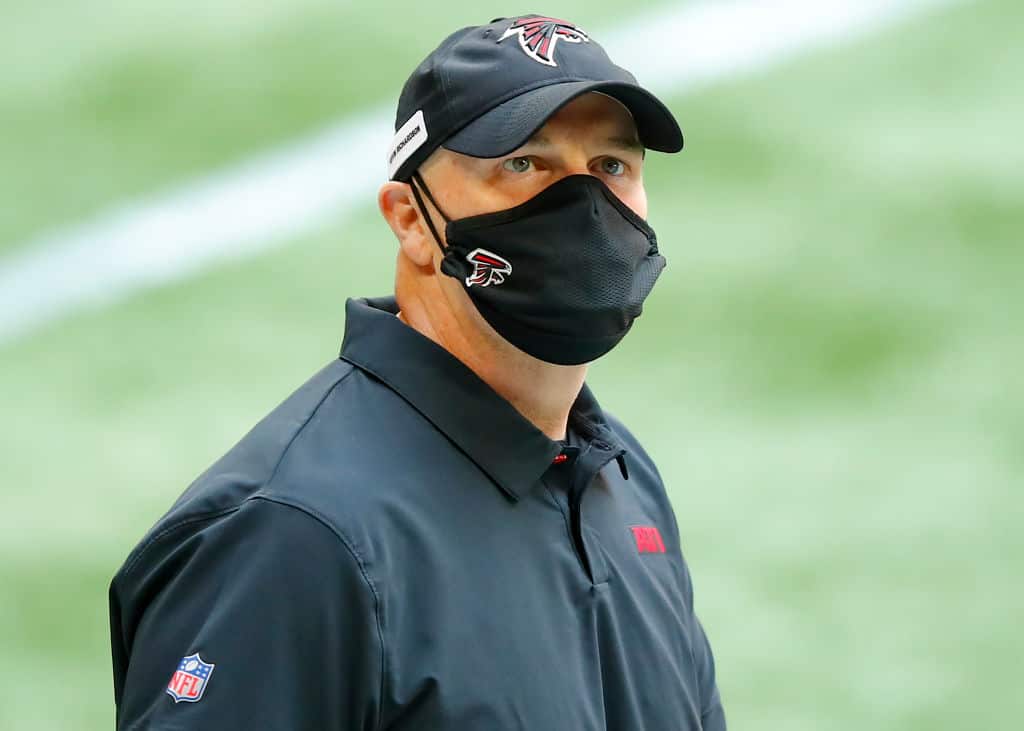 ATLANTA, GA - SEPTEMBER 27: Head coach Dan Quinn of the Atlanta Falcons takes the field prior to an NFL game against the Chicago Bears at Mercedes-Benz Stadium on September 27, 2020 in Atlanta, Georgia. (Photo by Todd Kirkland/Getty Images)

The Atlanta Falcons have collapsed in back-to-back games. It’s time for them to start asking if Dan Quinn should be fired.

The Falcons are the most talented 0-3 team in the NFL. It’s clear that they just don’t have the mental strength to hold onto leads late. A lot of that falls on the coaching, but is it all Quinn’s fault?

Dan Quinn and the art of the collapse

The Atlanta Falcons have been synonymous with the collapses under Dan Quinn. He and the Falcons organization will never live down the 28-3 collapse from Super Bowl LI, but that’s just the start of it.

No team in the NFL has lost more games where they led by at least two touchdowns than the Falcons since 2015. They’ve done it twice in three games in 2020.

The first game was a complete collapse by Quinn’s defense. The Falcons led the Game 29-10 heading into the first half, and 39-24 with under eight minutes left in the game. The Cowboys stormed back, but a loss still seemed assured. They were trailing by two with no timeouts and under two minutes left. The only way Dallas could win the game was to recover an onside kick. What followed was astonishingly bad.

The Cowboys kicked a slow-rolling onside kick that was surrounded by five Falcons players at one point, none of them fell on the ball. The Cowboys recovered and they won the game. There’s nothing to say other than the coach failed to prepare his team for this inevitable scenario.

That alone was bad enough, but to follow it up with a second straight collapse is nearly unforgivable. The Bears came into their game against the Atlanta Falcons 2-0, but their offense was one of the worst in football.

That didn’t stop them from making another comeback. After falling behind early, the Bears made a move to Nick Foles. A predictable move that the Falcons weren’t prepared for. He shredded them through the air for three touchdowns to complete a comeback from down 26-10.

Is this enough for Dan Quinn to be fired mid-season?

Are the collapses enough?

Barring a massive turnaround, it seems clear that Quinn’s days in Atlanta are numbered. The biggest question is when the Falcons decide to move on. Will it be a mid-season move aimed at fulfilling playoff hopes or after the season with eyes towards 2021?

Related | Which NFL head coaches are on the hot seat in 2020?

If that’s the goal for the Falcons then moving on from Quinn doesn’t make sense. Over the past 20 years, the best move for teams in similar situations is to retain your head coach. That seems to be the only move for a team hoping to contend.

Usually, teams only fired coaches mid-season when there’s something to gain from it. Changing coaches to help a quarterback is often a huge motivator. However, the Falcons have no need for that. Matt Ryan is their franchise quarterback and no coaching change is going to change that.

Yes, the Falcons should start thinking about their next head coach. Quinn isn’t the future in Atlanta. That said, now isn’t the right time to make move.

In this article:Dan Quinn, Featured, featured 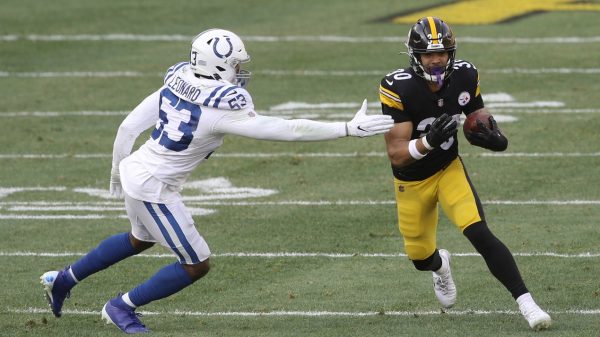