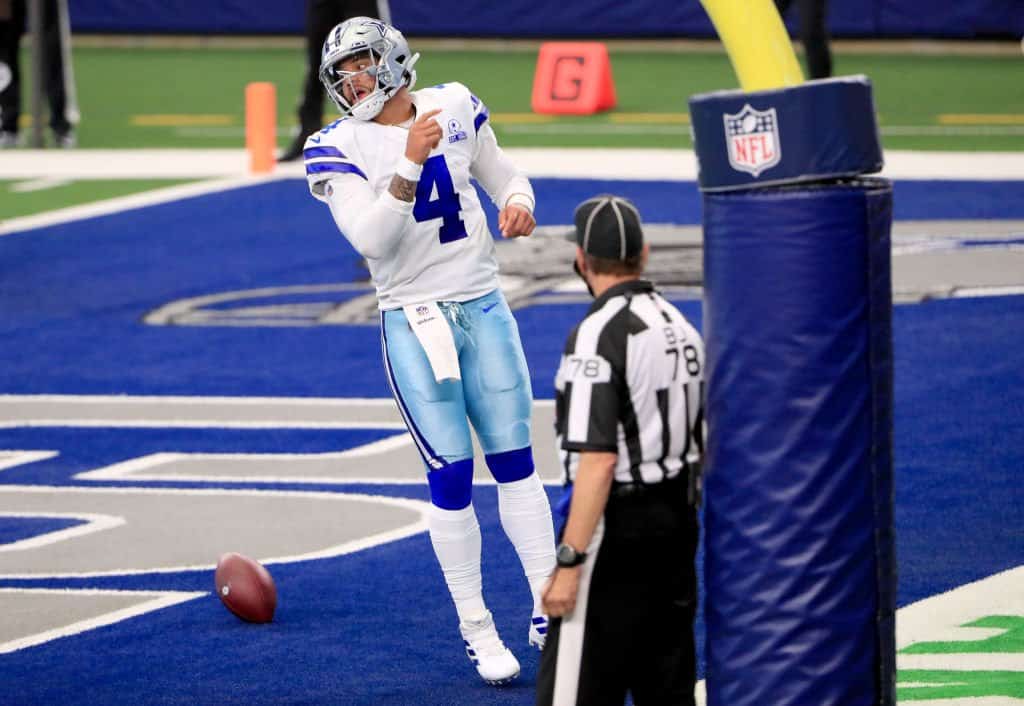 The Dallas Cowboys head out to the rainy Pacific Northwest to take on the vaunted Legion of Doom and the 12th Man. Things are a little bit different now. It goes to show just how quickly the NFL landscape changes. Today, the Seahawks defense has surrendered 25 points to the Falcons and 30 to the Patriots, and their defensive flaws aren’t difficult to point out. The Dallas Cowboys offense should embarrass this defense, and with Seattle finally “Letting Russ cook” they’re going to need to.

The Seahawks are a pretty solid team against the run. When you look at their defensive personnel, it makes sense. They have Bobby Wagner roaming the middle of the defense and Jamal Adams roaming everywhere else. Jarran Reed, Poona Ford, and K.J Wright are all guys who hold their own defensively against the run as well.

But the one chink in their armor versus the run comes from the quarterback. The Seahawks like to use numbers to their advantage. They run a lot of single-high safety or technically two-high looks with Adams in a shallow overhang position of about 7-9 yards. This gives them a numerical advantage against the run consistently. The way to thwart those efforts is through a running quarterback.

This does two things. It allows for an unblocked man to be read, which effectively is a block in its own way. The other thing it does is sow a seed of doubt into the defender’s mind. Additionally, it can also can mess with their eyes as they attempt to see through a 300-plus pound human blocking them so they can find the football.

Seattle allowed Cam Newton to carry the ball on multiple occasions, and his physical style, although a bit more menacing than Prescott’s is of a similar skill set. This will be particularly important in the red zone, where we saw Prescott already score three times on his feet in Week 2.

Don’t hate me; there is a reason I show this. This is about manipulating defenses by screwing with their zone principles, or at the very least, taking advantage of them. The Cowboys are running a lot more match in 2020, and this is an example of that. Because Julio Jones releases somewhat vertically here in the look, and Chidobe Awuzie doesn’t see threats to his space, he carries Jones through the dig route.

The wide zone run action mimics that of a running back screen, so Jaylon Smith is forced to settle down overtop those blockers. This allows for Y-leak, one of the most undefeated plays in football, to run freely for a walk-in touchdown.

The Dallas Cowboys offense can take advantage of this too. The Seahawks still run a good amount of Cover 3. And it’s not difficult to use this to your advantage schematically. As an offense, you run a variation of Scissors. Run off the cornerback responsible for the deep third. Stem it inside a bit on a deep post. Run another man on a wheel route up the sideline.

The defender responsible for the flat will most likely carry that route vertically. This means the offense can release the back on a swing, wheel, or quick flat route while dragging either a tight end or another wide receiver across the formation to put the strong side linebacker in conflict.

Attack the middle of the field using multiple level threats

There are a thousand ways to attack this. You can use and NCAA passing concept, a Yankee concept, or my personal favorite, the Dagger concept, to exploit the soft spots over the middle in Cover 3. Dagger can run around the numbers as well, but Prescott is particularly good throwing the ball over the intermediate middle areas, so why not exploit that weakness defensively?

The Seahawks pass rush is practically nonexistent. They lost their best pass rusher, Bruce Irvin, in Week 2. Now, their only pass rusher worth a lick is their safety. This allows for long-developing intermediate throws to materialize through protecting the quarterback. You’re consistently putting the linebackers and middle-of-field safety in conflict. But the ability to hit windows particularly falls on the linebackers, who usually aren’t great in coverage.

Although Wagner is one of the better linebackers in coverage, he’s unable to cover two areas in zone. For example, with Dagger, one slot player will run the pole up the seam and “run off” the safety. A slot or tight alignment on the opposite side will run a dig route, and the running back or a tight end will occupy the underneath zone to try and bait the backers forward. They like to cover what they can see. And protection allows for these concepts to uncover.

I would be stunned if this game didn’t end up totaling over 60 points between these two offenses taking on these defenses. It should be a blast to watch. Look for CeeDee Lamb to be utilized over the middle. 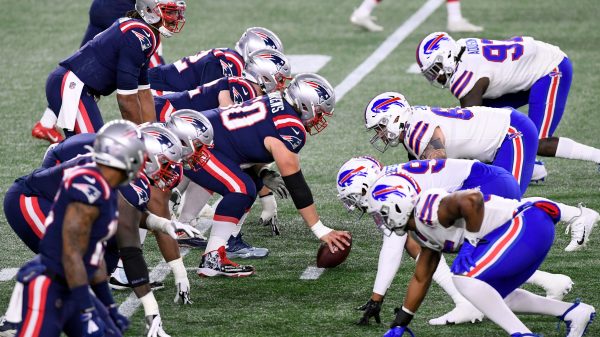