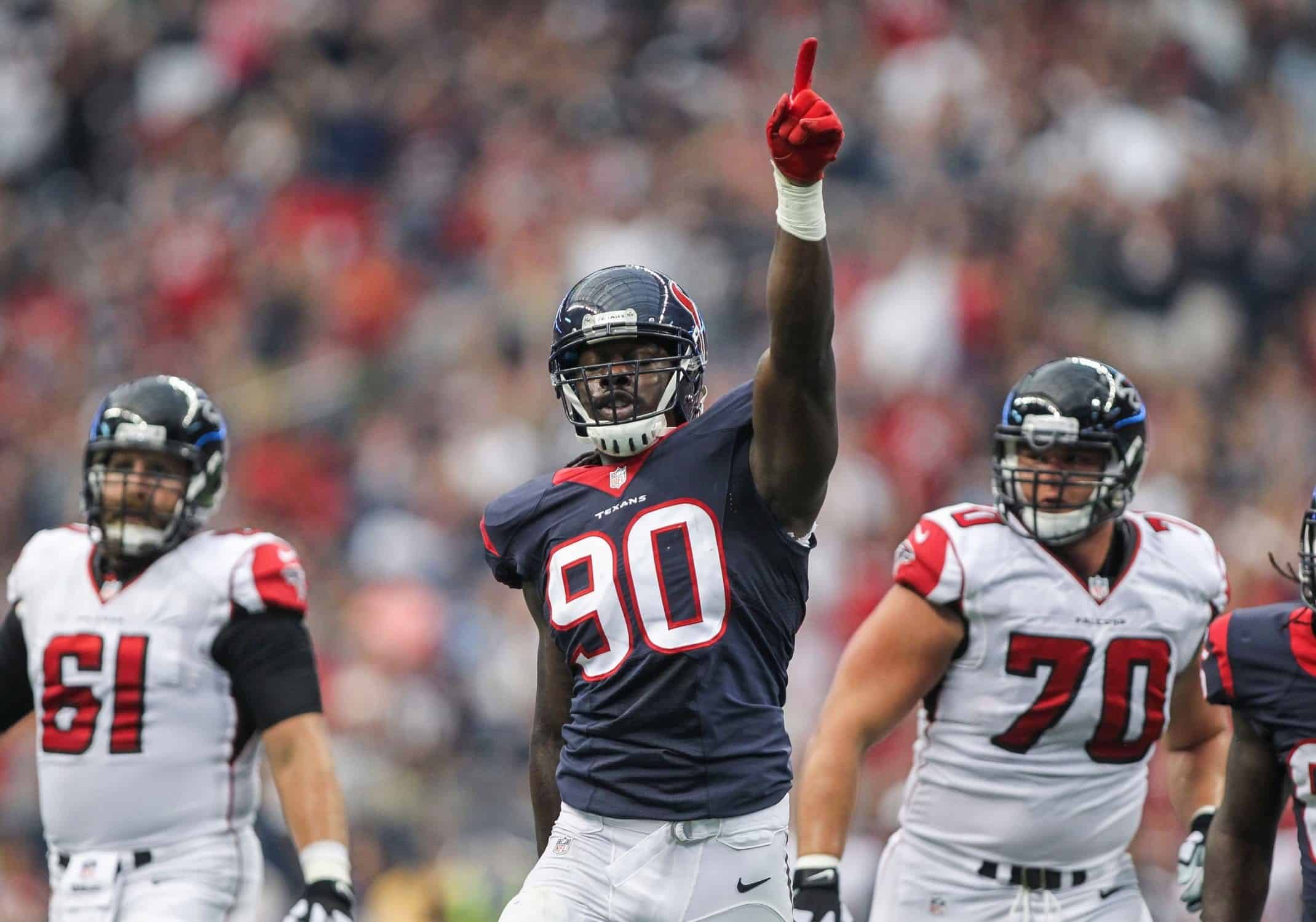 Everybody is familiar with the Jadeveon Clowney saga in Houston at this point. The team franchise tagged him to keep him from hitting free agency this offseason, but they were unable to get a long-term contract done with him prior to the deadline. Now, Clowney isn’t reporting and rumors of a trade have been sparking. John McClain, a longtime NFL beat writer out of Houston, recently tweeted that he would be surprised if Clowney weren’t traded. It seems Clowney’s time with the Houston Texans is nearly over.

At this point, it seems unlikely the Texans have any intentions of getting a long-term contract extension done with Clowney this coming offseason. Rather than let him walk in free agency while also dealing with his unhappiness, they could trade him now. At 26, the former first overall pick in the 2014 NFL Draft has made three straight Pro Bowl’s and looks like he’s finally reaching his potential.

Edge rushers like Clowney don’t grow on trees and there should be a large market for him, even if there’s no guarantee he’ll sign an extension with the team he’s traded to this season. The most likely candidates to make a move for Clowney are the ones who are trying to win now and the ones with the cap space to make him the highest-paid defensive player in the NFL next offseason.

One team that makes a ton of sense for Jadeveon Clowney is the Seattle Seahawks. It works both in terms of scheme fit and the Seahawks being a win-now team. The Seahawks need defensive line help. Seattle traded pass-rusher Frank Clark to the Chiefs this past offseason and are without Jarran Reed for the first six games of the season due to suspension. They brought in Ezekiel Ansah in free agency and drafted LJ Collier in the first-round, but Ansah has a thick injury history and Collier is already dealing with an injury himself. If Seattle wants to keep their defense humming, adding a player on the defensive line of Clowney’s caliber could do the trick.

From a scheme perspective, the Seahawks don’t only need defensive line help, but they need an edge rusher with an outside-inside ability like Clowney. In the Seahawks 4-3 system, they usually play a defensive end at 5-Tech and the other as the LEO. Clowney is perfect for the 5-Tech role that Michael Bennett thrived in for the Seahawks. His elite ability as a run defender will make the entire defense better. A defensive line of Clowney at 5T, Jarran Reed at 3T, Poona Ford at 1T, and Ezekiel Ansah at Leo is a scary group.

For the Seahawks to pull off a trade with the Texans, GM John Schneider will need to decide if he’s willing to pay Clowney in the offseason or let him walk. The Seahawks are projected to have the fifth-most cap space in the league in 2020, so a long-term extension is possible. Giving up as little as a third-round pick is possible given the current situation the Texans are in. It helps that there’s no GM in Houston currently. If the asking price is less than a second-round pick, Schneider should jump at making a move. Otherwise, they’ll have to consider sending multiple picks or players.

In this article:Featured, featured, jadeveon clowney