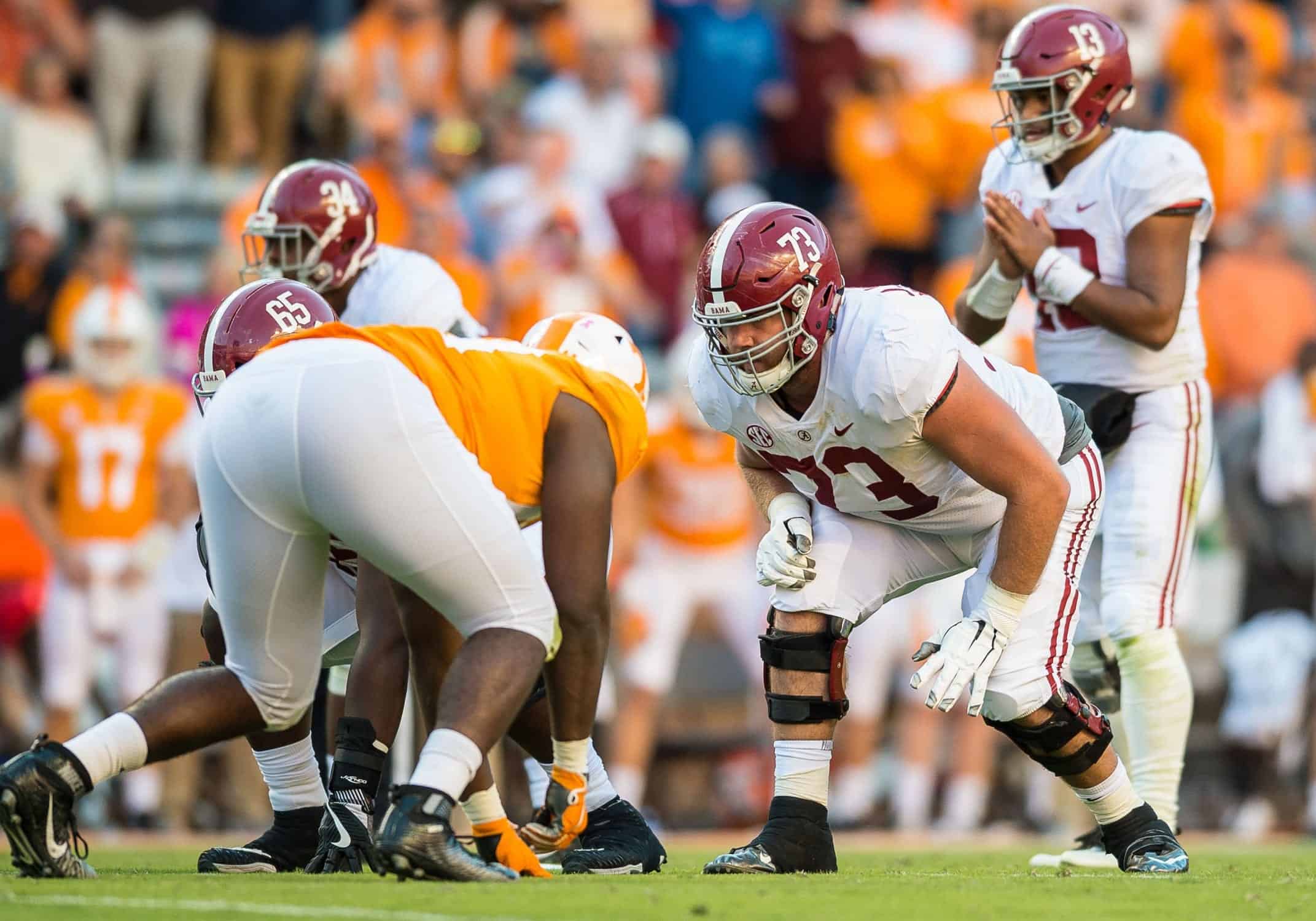 Photo Credit: Bryan Lynn-USA TODAY Sports
What's in this article? Click to show
Last year the Houston Texans sat patiently until the 68th pick. Now, with four picks in the first two days, how will the Texans proceed?
Address glaring needs
Double-dip on the offensive line and corner
Add young playmakers into the mix
Summary

Last year the Houston Texans sat patiently until the 68th pick. Now, with four picks in the first two days, how will the Texans proceed?

It must have been rough to be a Houston Texans fan during last year’s draft. Having to sit through nearly 70 picks before your team took the podium had to be somewhat frustrating. Luckily, the script is flipped for the 2019 NFL Draft. Not only does Houston possess a first round pick this year, but they also hold consecutive picks in the second round. This gives new general manager Brian Gaine flexibility to make some moves in his inaugural draft. We could see a trade up for one of the stud offensive linemen. Even if Houston keeps its current picks, the opportunity is there to improve the foundation of this team.

I typically go by the draft philosophy of selecting the best player available. However, that is always going to differ whether you’re a Twitter scout or an actual NFL front office member. Going BPA is never a bad approach. However, when you’re only a few holes away from being in serious contention, it’s smart to improve those deficiencies. This is where the beauty of the horizontal big board comes into play. A big board designed to fill needs, but at the same time optimize the talent you’re bringing in.

There is a lot of mystery heading into this draft for Gaine and the Houston Texans. This will be his first NFL Draft as the headman, thus we have no evidence to suggest any trends. Still, there’s a clear recipe for Houston in this draft. Address your glaring needs. The Texans have huge holes to fill on the offensive line and at corner. Unless a blue-chip name falls to them at pick 23, there’s a strong chance they go offensive line. Then, it wouldn’t surprise me to see another OL pick and at least one corner on day two. Gaine doesn’t need to be fancy in his first draft, but he needs to revamp the foundation.

Double-dip on the offensive line and corner

As outlined in my team needs article, Houston is tremendously weak on the offensive line and at cornerback. So weak that we could and should see them double-dip at those position groups. We’ve seen them meet with a multitude of these players. As previously stated, it’s impossible to predict Gaine’s strategy entering this draft. However, it’s easy to suggest what could be done, as it always seems to be from an outsider’s perspective.

Some teams may be hesitant when it comes to double-dipping at a single position and/or position group in the NFL Draft. With the Texans, that’s something they’ve done in every draft for the past decade. The trend should continue and I’d bet they bring in a tackle plus an interior lineman. Cornerback isn’t as pressing of a need, but they have to look towards the future. Bradley Roby signed a one year deal and isn’t guaranteed to return after the season. Couple that with Johnathan Joseph‘s age and overall lack of depth, it would be wise to invest more than one pick at that position.

Add young playmakers into the mix

Every decision Gaine and the Texans make moving forward should revolve around one question: is this what’s best for Deshaun Watson? You have to maximize this Super Bowl window while you still have Watson on his rookie deal. Assuming they attack the offensive line early in the draft, let’s go after some play-makers later on. Overall the Texans have done a good job of surrounding Watson with viable playmakers, but they could improve.

When you look at the backfield you see an aging but still productive Lamar Miller with one year remaining on his contract. After Lamar Miller, there is no depth whatsoever. Adding a pass catching back could do wonders for that offense. Nothing open downfield? Give Watson a trusty check down threat. The passing game is not without threats as it’s headlined by DeAndre Hopkins and co. However, Will Fuller has proven to be injury prone and will be owed a new contract in a couple of years. The Texans need to add more depth at receiver and add an insurance policy for Fuller. Keep the core players in place, but don’t limit your talent there.

After an underwhelming free agency period, Brian Gaine has a lot to prove in his first draft as general manager. Luckily he inherited a good team and there shouldn’t be much risk involved with his strategy. Fresh off of a division title, the pieces are in place to make another run. The next order of business is patching your holes and putting your franchise QB in a position to take this team deeper than the wildcard round.

If you’re Gaine I wouldn’t mind the approach of sitting back and letting the board come to you. He doesn’t need to be flashy. However, if offensive linemen start flying off the board but you still have a chance at a guy like Jonah Williams or Andre Dillard, the ammo is there for a trade up. Gaine has the flexibility to come away with a superb haul for the Texans. Let’s see if he plays his cards right.

In this article:Deshaun Watson, houston texans