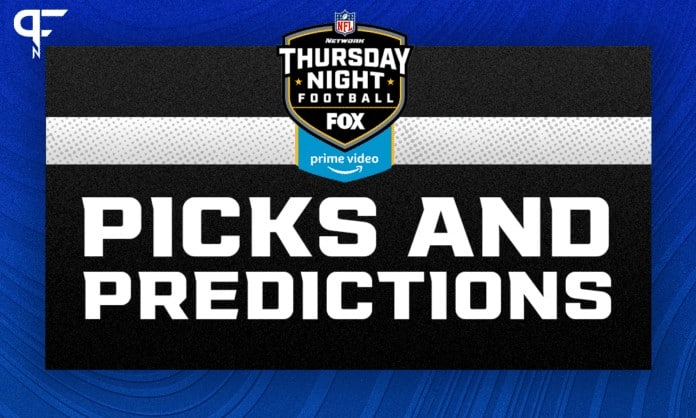 Giants vs. Washington picks, predictions against the spread for Thursday Night Football

In our Giants vs. Washington prediction, we take a look at the NFL odds and provide a pick for tonight's Thursday Night Football game.

Divisional primetime games have returned. In an exciting matchup, the Washington Football Team hosts their NFC East rival, the New York Giants. Let’s dive into the Giants vs. Washington spread, NFL odds, and determine the best bet with a prediction for this Thursday Night Football matchup.

After a catastrophic hip injury to starting quarterback Ryan Fitzpatrick, Washington enters Week 2 with backup Taylor Heinicke as their QB1 for the foreseeable future. It will be interesting to see how head coach Ron Rivera handles this situation early on against the Giants.

New York has a formidable defense, especially in their revamped secondary. With a backup quarterback starting against a stout secondary, we are locked in on the total in this game. The Giants possess a subpar offense themselves which adds to the play on the total in this Giants vs. Washington prediction.

New York started Week 1 strong against the Denver Broncos but fell apart in the second half. They ended the first quarter tied 0-0, and their defense did their part limiting Denver’s offense. After a 37-yard touchdown to Sterling Shepard, the Giants led 7-3 with nine minutes left in the half.

The Giants gave up a touchdown to the Broncos with eight seconds left, and it was downhill from there. Nonetheless, they were unable to move the ball consistently on offense against a good Denver defense. With Washington’s unit considered one of the best in the NFL this season, the New York offense has its hands full for a second week in a row.

As usual, Giants quarterback Daniel Jones had a turnover (a fumble) in the game and only completed 59% of his passes, ranking seventh-worst in the league after Week 1. Add in the fact that star running back Saquon Barkley was limited to 26 yards on the ground, and you have a recipe for disaster on offense.

New York’s defense is a solid and aggressive unit that will control and limit Heinicke from the get-go. And with the Football Team’s ability to capitalize on New York’s inept offense, the under seems like a prime target in this Giants vs. Washington prediction.

When your starter goes down, you have a backup quarterback who has limited reps with the starters. Typically, you would build a more conservative game plan for the offense in this scenario. With a stud running back in Antonio Gibson, I expect Washington to employ a run-heavy offense, at least at the beginning of the game, to allow Heinicke to catch up to game speed and get comfortable running with the starters.

New York’s defense is no slouch and can force turnovers at ease. Rivera will need to limit Heinicke from slinging the ball and focus on short passes against an elite secondary. Both teams should start the game on the ground to minimize turnovers from the start. So instead of focusing on a full-game under, the first half seems like the best opportunity.

Washington’s defense will do their part and limit the already inept New York offense from achieving anything extraordinary. This should be a low-scoring affair if neither of these teams causes multiple turnovers in enemy territory.

Either side presents a decent reason as to why they could win this game. A backup is starting against a stout secondary or a turnover-prone starter against an elite defense. Instead of focusing on one side, I expect offensive ineptitude from both with a conservative game plan.

I’m taking the first half under 20.5 points in this game. Both teams will want to limit mistakes early and have their quarterback get used to a fearsome defense. I’m expecting a 10-6 first-half score in this Giants vs. Washington prediction, which may also have a second-half explosion offensively.