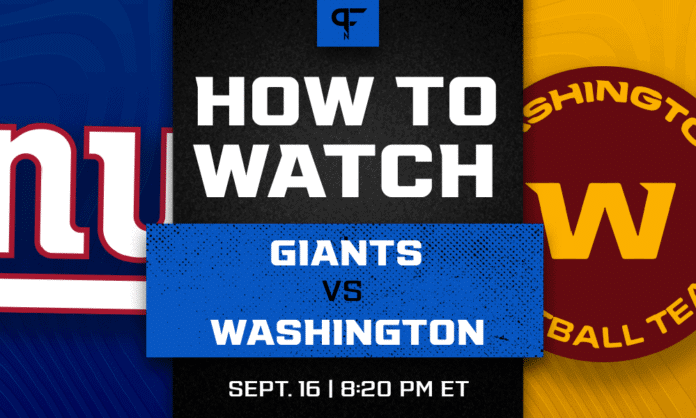 What are the latest odds and predictions ahead of the Giants vs. Washington matchup, and what channel can you watch the game on?

Both teams enter the contest 0-1 after suffering contrasting losses in Week 1. Washington lost to the Los Angeles Chargers in a tense, tight matchup between talented rosters. Meanwhile, the Denver Broncos dominated the Giants in a game that was only made respectable by a late Daniel Jones rushing touchdown.

Washington’s big question mark in this game comes at quarterback after losing Ryan Fitzpatrick to a hip injury. This means Washington will have an extended look at Taylor Heinicke under center this season. They have the roster to compete in the NFC East, but they could struggle to make the playoffs without consistent QB play.

The Giants have questions to answer all over their roster. Both the offense and the defense were outplayed in the running game. They need to fix that to get more consistency out of Jones under center.

While it is no surprise that Washington is the favorite for this game, their recent history against the Giants is not good. New York has won the last five contests between the two teams, including three games at FedExField.

These NFC East battles are always hard to judge, with a combined 4 points deciding the last two. For that reason, the lean has to be towards the Giants against the spread. However, in our Week 2 power rankings, Washington has the edge over their divisional rival by seven spots.

In terms of the total, the two meetings last year saw an average of 41 points scored. In fact, the last six matchups have alternated between over and under 40 points. That makes this a difficult game to pick in what should be an intense NFC East matchup.

How to watch Giants vs. Washington this week