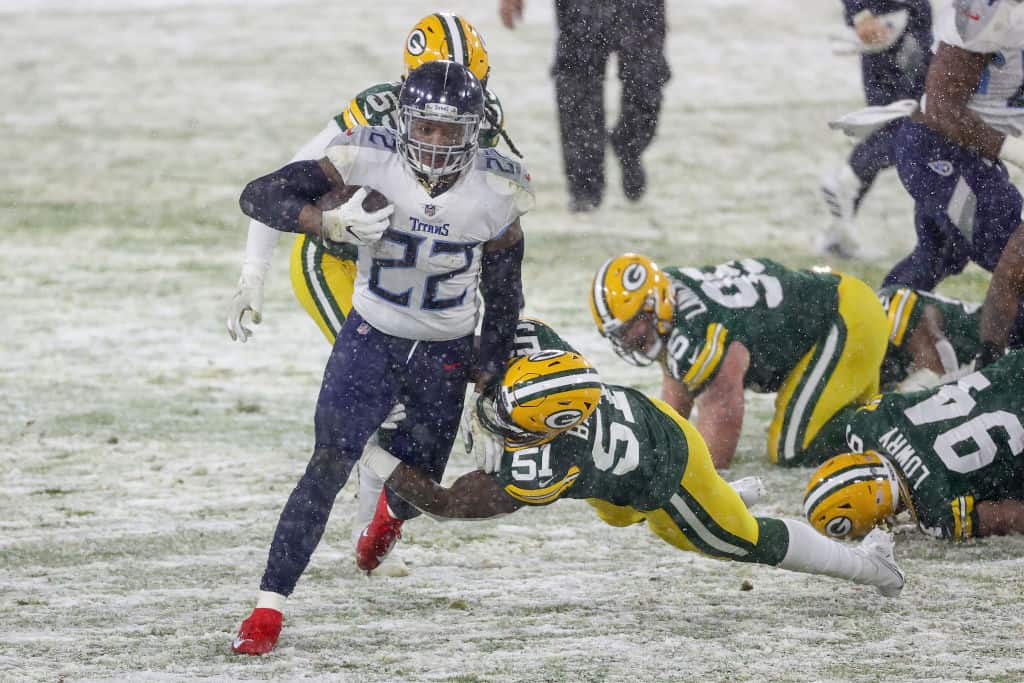 Championship week is upon us in fantasy football. Week 17 traditionally sees some teams who are locked into their playoff seedings decide to rest players. This year is no different, and this could mean some unexpected names in the Week 17 fantasy RB rankings. We will update our list as more head coaches announce their plans. RB busts, must starts, and sleepers could have an unfamiliar feel this week.

As always, make sure that you check RB availability throughout the week. Dalvin Cook will, unfortunately, miss Week 17 due to the death of his father. Alexander Mattison should inherit the majority of the workload. Christian McCaffrey has already been ruled out, and his backup, Mike Davis, won’t play either. Rodney Smith is expected to be the next man up.

The New Orleans Saints are in a tough situation. Alvin Kamara, coming off a six-touchdown performance, won’t play. Latavius Murray is also unavailable and Dwayne Washington, who is usually third on the depth chart, will also miss the game. Ty Montgomery is expected to see an increase in carries, although Taysom Hill will see a big role. Hill is a QB and won’t be eligible at running back but has seen heavy usage in the red zone.

As always, make sure that you check the injury reports for updates before the games.

Note: Please keep in mind that these are PPR RB rankings. PPR in fantasy means that a running back gets an additional full point for each reception. This can play a big factor when deciding which players to put into your lineups and makes volume all that much more important. Schematically, some defenses are better than others at stopping RBs in the passing game, and it’s important to note who those teams are.

The fact that 23 carries for 98 rushing yards can be considered disappointing tells you everything about how good Derrick Henry is. Despite the down week in Week 16, Henry still sits atop the Week 17 fantasy RB rankings. No team allows more fantasy points to running backs than the Texans, and Henry has every chance of finishing the regular season on a high.

Jonathan Taylor rushed for 74 yards and two touchdowns in Week 16. He drew a blank as a receiver, but he has had a reception in every other game this season. The Jaguars are a great matchup for running backs, and Taylor is in impressive form.

Melvin Gordon and Alexander Mattison will be workhorse RBs

Melvin Gordon didn’t have the best performance against the Raiders in Week 10. He’s the clear workhorse in the Broncos backfield, though. The Raiders have struggled against RBs, and Gordon should punish them.

Alexander Mattison isn’t Dalvin Cook. He’s a backup rather than a superstar. This week, though, he gets the Detroit Lions. The Lions are allowing the second-most fantasy PPR points to RBs this season. Cook had 252 yards and two touchdowns when these two teams played earlier in the season, and Mattison should have a big game.

Austin Ekeler has struggled with production since returning. He’s still being targeted heavily, though, which makes him an intriguing PPR option. The Chiefs have already confirmed that they’re going to be resting starters, which could provide the Chargers with scoring opportunities.

D’Andre Swift is clearly the most talented RB that the Lions have. He has had 10 or more carries in four of his last five games and has been targeted at least four times in 11 of his 12 games this season. Swift had 97 total yards when the Lions played the Vikings earlier in the season.

J.K. Dobbins has become the lead back for the Ravens in the second half of the season. Gus Edwards is still involved and Lamar Jackson is always liable to run with the ball himself but the Ravens are showing why they used a second-round pick on Dobbins in the 2020 NFL Draft. He’s not as involved in the passing game as fantasy managers would like but the Bengals is an appealing matchup.

David Johnson is coming off his best rushing performance of the season. He had 128 rushing yards and a touchdown in Week 16. The Tennessee Titans allow the eighth-most points per game to RBs, and Johnson should see a heavy workload.

The 49ers struck gold last week against the Cardinals. Jeff Wilson touched the ball 23 times, finishing with 204 total yards and a touchdown. Raheem Mostert is out again, and the 49ers should lean on Wilson again.