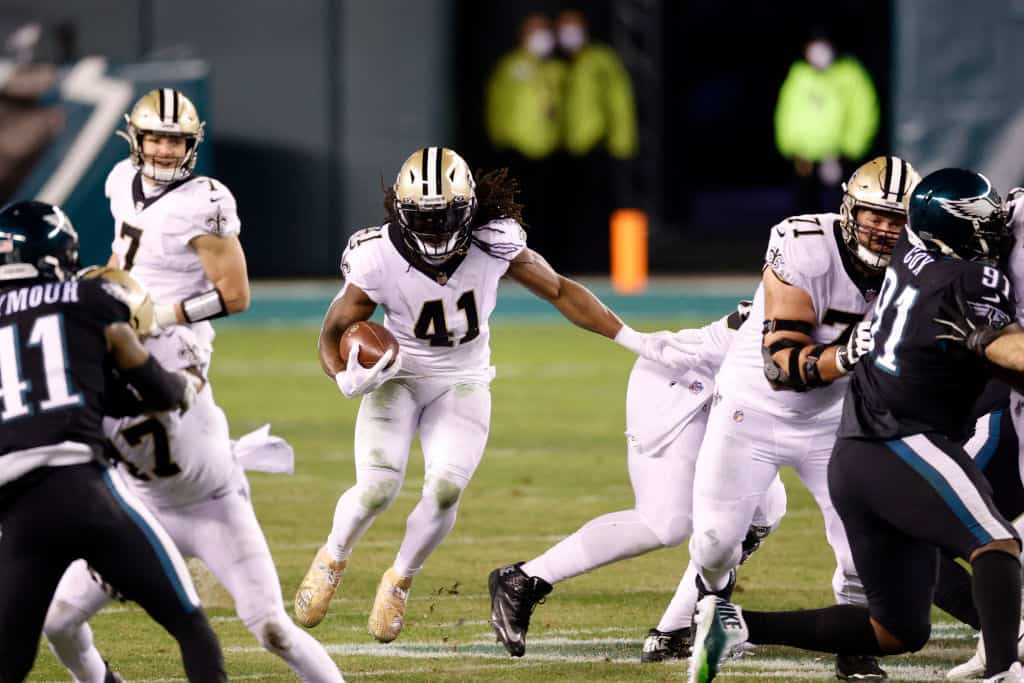 We’re deep into the fantasy football playoffs in the majority of leagues, and the RB rankings for Week 15 could be the difference between playing for the championship or the end of your season. Our Week 15 top fantasy running backs rankings bring you the must starts, sleepers, and busts that you need to know as your matchups become even more competitive. Which of the elite running backs top our list?

The context of Week 15

Joe Mixon won’t play again, opening up opportunities for the other players in the Bengals’ stable of running backs. Ronald Jones is another RB whose replacement is a little more uncertain but there are plenty of opportunities to go around.

Antonio Gibson and Myles Gaskin remain sidelined, providing Peyton Barber and DeAndre Washington with another week as valuable streaming options who could be on the waiver wire. These rankings have also been updated to remove Chargers, Raiders, Bills, Broncos, Packers, and Panthers players, whose games have already taken place.

Note: Please keep in mind that these are PPR RB rankings. PPR in fantasy means that a running back gets an additional full point for each reception. This can play a big factor when deciding which players to put into your lineups and makes volume all that much more important. Schematically, some defenses are better than other at stopping RBs in the passing game, and it’s important to note who those teams are.

Derrick Henry still isn’t used in the passing game as much as fantasy managers would like, but it’s a testament to how good he is that it hasn’t held him back. Henry looks unstoppable at times and has scored 14 touchdowns in 13 games this season. Running backs have punished the Detroit Lions all season and Henry should have another huge game and could be the top fantasy running back in Week 15.

The news of Drew Brees’ return is a welcome boost to Alvin Kamara, who will hope that a return to form will rescue what was looking like another Pro Bowl season. Kamara has suffered from inconsistent use in the passing game and Taysom Hill’s willingness to run in the red zone. With Brees at QB for the New Orleans Saints and Michael Thomas sidelined by injury, Alvin Kamara has one of the highest ceilings in fantasy football.

Dalvin Cook has a tough matchup this week with a divisional matchup against the Chicago Bears. The Bears were one of the more successful teams at slowing Cook down when the teams met earlier in the season, but he still managed 110 total yards. Cook should be started with confidence every week.

Jonathan Taylor has changed the narrative in the last few weeks, going from an underachiever in a committee to one of the top-producing running backs in fantasy. He has over 100 total yards in his last three games and was the RB2 in PPR scoring in his last game, and has flown up fantasy football rankings.

Cam Akers has 53 touches in the last two weeks. While Sean McVay has been known to surprise us with his running back usage in the past, Akers looks to have established himself as the workhorse of the Rams backfield. The Rams should be playing with a lead and could run the ball a lot.

David Montgomery has been playing much better lately and, although the majority of his Week 14 fantasy points came from an 80-yard touchdown run, he’s becoming a more consistent producer. The Vikings beat the Bears 19-13 earlier in the season, and it should be another close game, which will provide Montgomery with plenty of opportunities.

Nick Chubb is pulling away as the Browns RB that you want on your fantasy team. Kareem Hunt will continue to be involved in the passing game, but Chubb has at least 19 touches in seven of his nine games this season. He’s running well and has a good matchup in Week 15 against the New York Giants.

D’Andre Swift’s return to the lineup in Week 14 wasn’t as impressive as hoped, but he was the clear lead back in the Lions committee. He’s another week removed from the concussion that kept him sidelined and will hopefully see plenty of opportunities against a Titans defense that hasn’t had much success against running backs this season. Late-season domination from Swift would likely catapult him up 2021 draft boards as well as dynasty rankings.

James Robinson gets another tough matchup but he has produced in unfavorable situations before, tallying 94 yards against the Pittsburgh Steelers in Week 11. Robinson continues to get the ball, no matter the situation and he’s been one of the few bright spots on their offense. The undrafted rookie is the RB4 in PPR scoring this season and has one of the highest floors in fantasy football.

It has been a disappointing season so far for Raheem Mostert. Fantasy managers were hoping that Mostert would build on his 2019 form when he proved himself a big-play threat capable of scoring at any moment. Injuries have unfortunately limited him to just 106 touches so far this season but he has a great opportunity to finish strong, beginning with an enticing matchup with the Cowboys.