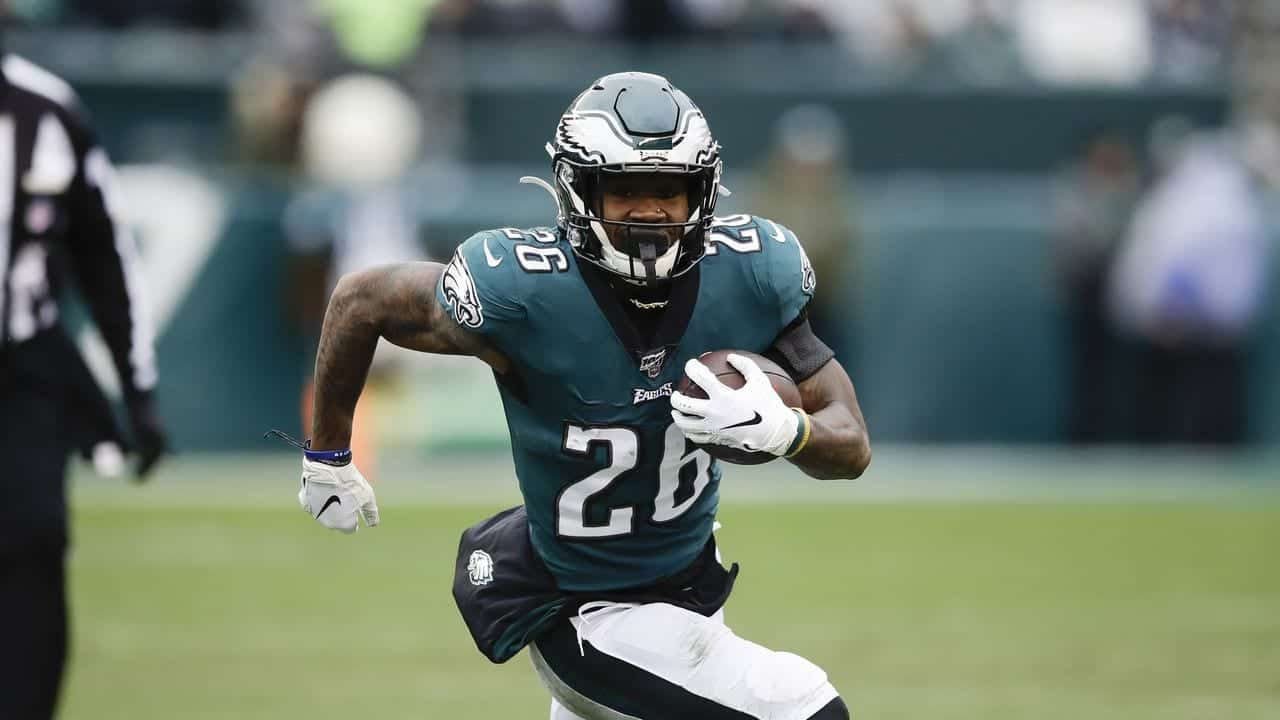 As we know, timing in dynasty is everything. Savvy players know when to buy on a player but also must know when to cut bait before the bottom falls out. However, time is running out to make tough decisions with the 2020 NFL Draft less than 24 hours away. While we will be sitting at home watching our favorite teams make their picks, fantasy owners have to also keep an eye on their teams for players who will see a change in dynasty value following the 2020 NFL Draft.

On the latest episode of the Fantasy Force Podcast, Andrew, Corey, and I discussed several players who could see a drop in dynasty value. At quarterback, Derek Carr for the Las Vegas Raiders was brought up because of the growing thought the team could spend a high round draft pick on their next signal-caller.

A trio of starting running backs whose values are in jeopardy thanks to the NFL Draft were discussed as well.

Damien Williams owners need to be on high alert as the 2020 first round comes to a close on Thursday. Kansas City has the best odds to select a running back with pick 32 to conclude the first round. While there are glimpses of talent, I don’t know if that is enough to keep the Chiefs from getting help. If the Chiefs take a running back with high draft capital, that will be enough to watch Williams’ stock take a massive hit.

Another running back that the community is split on heading into the draft is Detroit Lions RB Kerryon Johnson. Currently, my RB21 in dynasty, he is a player that seems to be “on the right team already.” I say that because the odds of being able to trade him in your league and not see a significant hit in return is rather low. Several times using the PFN Mock Draft Simulator, we have seen the Lions select a running back and sometimes rather high as well. Given that Johnson has missed 14 games in the past two seasons, it makes sense. While we can agree that the talent is there if he is not available, then it is pointless.

Andrew posed the question to Corey and me if we could take either Robert Woods or 2020 2.01 for Johnson, and we unanimously said yes. Come Friday, an early third-rounder could be more realistic.

Out of the three listed, Sanders is the most interesting as the Philadelphia Eagles just invested a second-round pick in 2019 on the former Nittany Lion. The reason that we brought him up was because of his current ADP and ranking. Sanders is being selected as the RB12 on average in dynasty startups, and it’s rare to be concerned a team will choose another player when investing that kind of capital on an RB1 in dynasty.

Now, don’t take this the wrong way and think he is a sell. I love Sanders, and if anything, I would buy him for the right price if an owner is worried. Doug Pederson loves to use a committee approach at the position, so it would make sense for another player to be brought in. In 2019, while sharing time with Jordan Howard, Sanders was still able to end up with over 1,300 all-purpose yards. In PPR leagues at least, he should be a valuable asset in 2020.

Throw out a feeler to whoever owns Sanders in your leagues and see where they stand on him as the perceived value following the NFL draft could take a slight dip, creating a buying opportunity.

Players who can see a rise in value following the draft

Alright, enough with the pessimism. We also need to look into the players who present a buying opportunity as the draft could boost their value in the coming days.

Sitting at QB19 in dynasty startup rankings, Drew Lock could very well be relieving another weapon in the draft. Sitting at pick 15 in the NFL Draft, Denver sits in a prime spot to get one of the elite pass catchers like CeeDee Lamb, Jerry Jeudy, or Henry Ruggs III.

There is some concern though, as teams such as the Jacksonville Jaguars, New York Jets, Raiders, and even the San Francisco 49ers could and should be in the market for a WR, putting Denver is a precarious spot. If they do miss on a WR, they could still revert to plan B and take one of the elite offensive tackle options in the draft to protect Lock. Given the depth of the receiving class, they could end up staring at either Brandon Aiyuk or Tee Higgins at #46 overall.

I expect both positions to be addressed early and on an offense loaded with talent, Lock moves into his second year in a fantastic spot to rise in dynasty value following the NFL Draft.

Now, this isn’t to say the defending NFC Champions need help, but there is a position of elite prospects that the 49ers could add in the draft. There is a hole left in the receiving groups after Emmanuel Sanders left in free agency that can be filled with someone like Henry Ruggs at pick #13 or maybe Justin Jefferson at #31 overall.

Garoppolo is, for me, one of my favorite quarterbacks to target in drafts if I choose to wait on the position. His job is secure and on an offense that allows him to use his accuracy to his advantage rather than forcing deep shots. He finished 2019 with 4,000 yards and 28 total touchdowns and gives any dynasty team a reliable QB2 in 2020.

Out of all the players I have tried to get on teams, Diontae Johnson is by far the most frequent. Even with the absolutely terrible quarterback play in 2019, the former Toledo Rocket showed the promise of being a real playmaker for the Pittsburgh Steelers.

Johnson finished his debut season with 59 catches for 680 yards and five touchdowns. He should continue to improve in 2020 with Ben Roethlisberger back from an elbow injury. What I am really looking at, though, is the 2021 season.

It became apparent that both Mason Rudolph and Devlin Hodges are not the heir to the position once Roethlisberger retires, and I predict that the Steelers will select a QB this weekend. Pittsburgh does not have a first-round selection (traded to Denver in 2019 for Devin Bush), but sitting at pick #49, Jalen Hurts could become a real possibility in that range. If the Steelers select a quarterback in the 2020 draft, Johnson’s dynasty value could be on the rise even more.

I could just have easily said several other Miami Dolphins players as we know they are selecting their quarterback of the future in the draft. Who that ends up being we will have to wait to see, but my best guess would be is that it is Tua Tagovailoa.

While I believe they will upgrade at several offensive positions, the weak spot in this class is tight end, leaving Mike Gesicki as the sure starter for 2020 and beyond.

Gesicki had 570 yards from scrimmage and five touchdowns in his second season. He carved out a significant role in the offense and could build on that while developing chemistry with the new quarterback either as a tight end or in the slot.