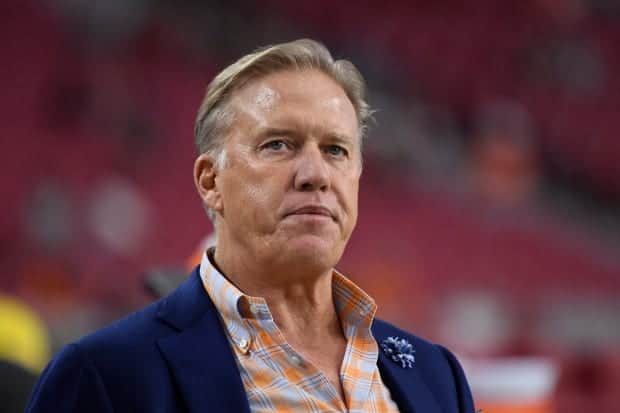 Aside from signing future Hall of Fame quarterback Peyton Manning, Denver Broncos General Manager John Elway’s choices at the QB position have been questionable. And that’s putting it mildly.

Since Peyton Manning retired after the 2015 season, the Denver Broncos have gone 20-28 and not finished better than 3rd in the AFC West. After winning the division five straight times from 2011-2015, 2012-15 with Manning at quarterback and 2011 with Tim Tebow under center, we have to ask what has gone wrong in Denver?

While there can be many factors as to what has caused the fall of the Super Bowl 50 Champions, here we will look at the quarterback position, specifically 2011-2018. After all, it is arguably the most critical position in football.

Kyle Orton was acquired from the Chicago Bears on April 2, 2009. The Bears traded Orton, along with draft picks to Denver for Pro Bowl quarterback Jay Cutler and the Broncos’ fifth-round pick in 2009. He played with the Broncos from 2009-2011.

Orton played with the Broncos since 2009, but for this comparison, we are only looking at his 2011 season as that’s when John Elway was hired by Denver. While Elway didn’t have a lot to do with Orton, we still have to add him to make a fair assessment of the decisions made since 2011.

The 2011 season started with much of the same for the Broncos as it had since 2005. With Kyle Orton under center, they started off 1-4 and looked to be, once again, missing the playoffs for the sixth straight year.

The Denver Broncos faithful had become restless and started to call for the team to start Tim Tebow, the teams 25th overall selection in the 2010 Draft and bench Orton.

In his five games as the starter, Orton had thrown 8 touchdowns and 7 interceptions, accumulating 979 yards and completing 58.7% of his passes. With the bye week coming up the Broncos had a decision to make.

In week seven of the 2011 season, the short-lived Tebow era had begun. It started off with a wild 18-15 overtime win against the Miami Dolphins and ended with a 3-7 loss to the Kansas City Chiefs in Week 17. Under Tebow, Denver went 7-4.

They finished 8-8 in the AFC West and won the division based off of tiebreakers over both the San Diego Chargers and Oakland Raiders. It was the first time since the 2005 season that they won the division and made the playoffs.

Tebow would go on to lead Denver to a 20-23 postseason overtime win against the Pittsburgh Steelers in the first round of the playoffs. In that game, Tebow threw for 316 yards and two touchdowns, the last an 80-yard catch and run TD on the first play of overtime to wide receiver Demaryius Thomas.

The Broncos lost to the New England Patriots 10-45 in the divisional round with Tebow going 9-26 and 136 yards passing.

If you don’t know who Peyton Manning is, then you don’t know football. Manning is the type of quarterback you want to have as your franchise QB, and for much of his career, he was that for the Indianapolis Colts.

He led the Colts to eight division titles, two AFC Championships, and a Super Bowl victory in his 14 seasons with the Colts. But after missing the 2011 season due to neck surgery, and the Colts drafting Stanford quarterback Andrew Luck with the first overall pick in the 2012 draft, his time with the team that he had loved had come to an end.

On March 20, 2012, Manning signed a five-year contract worth $98 million and officially became a Denver Bronco. What was to come was the beginning of Denver becoming one of the top teams in the National Football League again. This was a position it hadn’t held since John Elway, the team General Manager, was the starting quarterback.

From the start, Manning showed that his surgery was not going to hinder him from playing to win. In his first season, Manning led the team to a 13-3 record and helped them once again claim the AFC West crown, but this time they also claimed the AFC number 1 seed.

In his time with Denver, Manning basically did for the Broncos in four seasons what he did for the Colts in 14. While his last season with the Broncos was his statistically worse year since being a rookie, his time there was nothing short of amazing.

In his four seasons, the Broncos won the division four straight times, won the AFC Championship game twice and took home the Super Bowl trophy once. They also had the AFC number one seed three of the four years he was there.

I’m just going to lump 2016-2017 into one big section. After winning Super Bowl 50 and Mannings retirement, the quarterback position for the Broncos had more names on it than a NASCAR automobile has sponsors on it.

First, Brock Osweiler, Denver’s former 57th overall pick in the 2012 draft, left to Houston as a free agent. The Houston Texans were hoping to get some of that Super Bowl magic but instead got a super bust. Credit Elway for not overspending on him the way the Texans did.

After it was all said and done, Siemian won out, Sanchez got cut, and Lynch was the backup. Siemian wouldn’t play the full season as the starter and Lynch would start just two games in 2016. They finished 9-7 and third in the AFC West missing the playoffs for the first time since 2011.

The 2017 season was even worse with Osweiler coming back, and share starts with both Siemian and Lynch. They would finish 5-11 and forth in the AFC West, yet again missing the playoffs.

For the 2018 season, Elway and the Broncos signed free-agent quarterback Case Keenum. Keenum was coming off a magical run with the Minnesota Vikings. They reached the NFC Championship Game after beating the New Orleans Saints with a last-second touchdown pass to wide receiver Stefon Diggs who ran the ball 61 yards for the game winner.

It was enough to convince Elway that Keenum was the one to make Denver better. They signed him to a two-year deal worth $36 Million. Elway and the Broncos would instead get what the Texans got with Osweiler.

Denver finished 6-10 and once again missed the playoffs with a third-place finish in the AFC West.

NFL Networks insider Ian Rapoport reported on March 7, 2019, that the Broncos and the Washington Redskins were working on a trade for Keenum.

The #Broncos and #Redskins have agreed to terms on a trade to send QB Case Keenum to Washington for draft picks and with an adjusted contract, sources say. Broncos get Skins 6th, Washington get a 7th.

John Elway has been the general manager of the Denver Broncos for eight years now. In those eight years, they have had seven quarterbacks start at least one game. Five of them can be directly attributed to Elway.

Besides Manning, all of the picks have been a bust. We all know Manning wasn’t a genius pick by Elway as he was already proven and headed for the Hall of Fame. But you got to credit Elway for convincing him to join the team.

The remaining four, Osweiler, Lynch, Siemian, and Keenum have made many question if the Hall of Fame quarterback is as good at picking a QB as he was at playing the position.

And now with ex-Baltimore Ravens quarterback Joe Flacco added in the mix, the questions will continue.

Will Elway go down as a player who turned into a good GM, or will he go down as one who was just lucky enough to land Peyton Manning?

In this article:Joe Flacco, John Elway