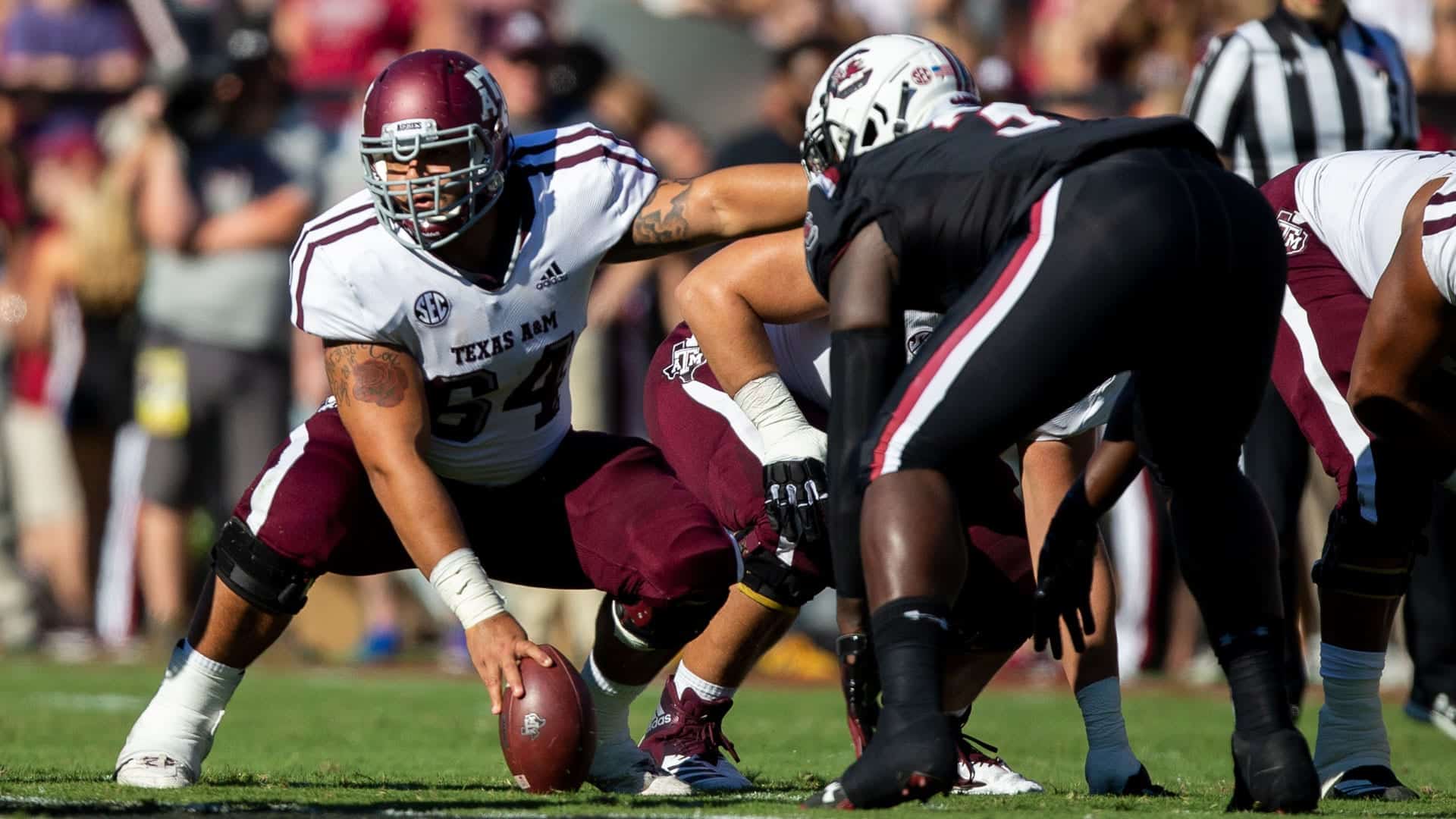 The first night of the 2019 NFL Draft saw some obvious picks, while also throwing in a fair share of curveballs. As they do every year, great players fell through the cracks and into the second day.

Below I will highlight three players that are still available for the Denver Broncos and could interest them. These are some of the more highly rated players, but also fill positions of need for the team. Without further adieu, here are the Broncos day two best available targets:

I recently highlighted Erik McCoy as an option for the Broncos in my 7-Round Mock Draft. This selection follows the considerable loss of Matt Paradis. The Broncos former center defected to the Carolina Panthers as a free agent. After Garrett Bradbury was selected in the first round, Erik McCoy became my top center available and would be an excellent addition in the second round.

McCoy was a three-year starter for the Aggies, with great size and strength for the position. He is a bull in the running game and rarely ever gets overmatched by larger defenders. If the Broncos want to continue their running game success with Phillip Lindsay this season, grabbing McCoy in the second round would be a wise choice.

I had Denver targeting Greedy Williams in one of my recent pieces for Pro Football Network. As it was, that pick did not come to fruition in the first. Instead, the team opted for Iowa TE Noah Fant. So I will take another crack at him in the second round. The former Tiger is a long, boundary cornerback with terrific range and decent recovery speed for the position. His only problem is lack of experience and toughness. This likely attributed to his fall out of the first round.

Williams stands 6’3”, but only 175 lbs. He could stand to add some weight to match up with the bigger receivers in the league such as Julio Jones and Michael Thomas. The added weight will also help him take on ball-carriers in the run game. He is not a willing tackler, which could relegate him to a part-timer in the early going. Nevertheless, Williams is arguably the most talented player at the cornerback position this year and would be an absolute steal in the second round for the Broncos.

Jachai Polite is as intriguing a prospect on the draft’s second day as any. From the time he first declared for the draft, Polite was pegged as a possible top-15 selection. However, his injury and poor interviews at the NFL Scouting Combine seems to have derailed his draft stock. Therefore, he could be the first selection on day two, or even fall into the draft’s third day.

Polite’s 2018 tape is as impressive as any pass rusher in this draft. The former Gator racked up a whopping 19.5 tackles for a loss and 11 sacks in his final collegiate season. He must get bigger to become an every-down NFL player, but he is one of the quicker edge rushers available. He can knife down ball carriers quickly and shows excellent range while in pursuit. With the right attitude and coaching, Polite will end up being a steal for the team that drafts him. The Broncos could use his upside to pair with current stars Von Miller and Bradley Chubb.