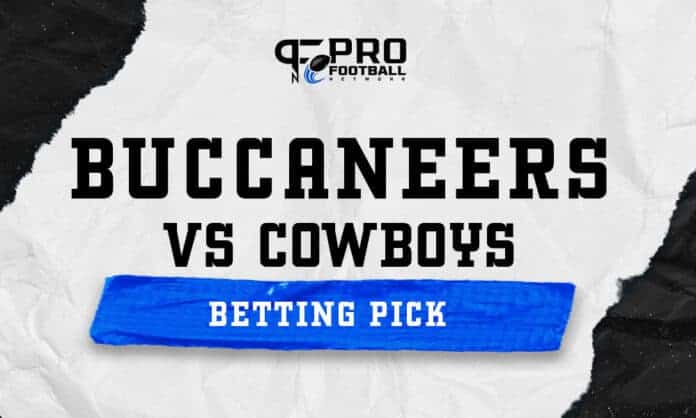 Cowboys vs. Buccaneers picks, predictions, and odds with a look at the trends and game analysis for the opening clash of the 2021 NFL season.

The Super Bowl champion Tampa Bay Buccaneers play host to the Dallas Cowboys to kick off the 2021 NFL regular season Thursday night. The Bucs return all 22 starters for their title defense season and will begin it against a Cowboys team looking to rebound from a dismal campaign a year ago. Let’s break down the season opener between Dallas and Tampa Bay with our Cowboys vs. Bucs pick, predictions, and NFL odds with a look at how to bet this game against the spread.

Unsurprisingly, the Buccaneers are laying a large number at home. Oddsmakers installed the defending champs as 6.5-point favorites, and that number has since bounced anywhere between 7 to 7.5 at most legal online sportsbooks.

Click here to get an instant $200 bonus and bet the Bucs +73 against the Cowboys with DraftKings Sportsbook.

Meanwhile, the game total opened at 52 points, four points higher than the total in any of the eight prior head-to-head meetings between these teams. Certainly, that number indicates today’s offensive-centric NFL, but it is also indicative of two clubs rife with talent on that side of the football.

This one feels like it has all of the makings to hit the over, doesn’t it? Tampa Bay closed last season by scoring no less than 26 points in any of its final eight games, averaging over 30 points per contest en route to a Super Bowl. Now, Tom Brady and the Bucs get a rebuilding Dallas defense coming off a season in which it surrendered a whopping 29.6 points per game.

While the setup for points seems obvious, perhaps that’s why it may be smart to go against the grain.

After all, do we truly know the health of these two quarterbacks? Tom Brady shared that he suffered an MCL injury last season. While he may enter this game close to full strength, one has to wonder if the Bucs will look to protect him in the early going. This entire season is about a Super Bowl run for the Bucs, not an emphatic show-stopping Week 1 performance.

Given the Bucs have the horses to run the ball on early downs and with a lead, Bruce Arians may look to protect Brady as often as possible, particularly against a Dallas defense that was simply brutal against the run last season.

Click here to bet $5, win $200 on any NFL Week 1 moneyline with FanDuel Sportsbook.

As for Dak Prescott, it has been nearly 11 months since he suffered a compound fracture and dislocation of his ankle. Dallas says he is fully ready for the opener, but, like Brady, why risk him right out of the gates in a 17-game regular season?

For one, their offensive line will be without stud offensive guard Zack Martin, who will be sidelined with COVID-19. Dallas already entered as roughly a touchdown underdog on the road. While we fully expect the Cowboys to make every effort to win this game, it seems logical to rely on Ezekiel Elliott in hopes of taking some of the pressure off Prescott.

Click here and use promo code PFN1000 to get a $1,000 risk-free first bet with Barstool Sportsbook.

Dallas was a defensive travesty last season, but the numbers don’t tell the whole story.

The Cowboys were simply putting up and allowing record-breaking points in the four-plus games started by Prescott. Despite the devastation of losing their star quarterback and having to play with three struggling quarterbacks under center, the defense managed to hold six of its final 10 opponents to 25 points or less.

The Cowboys went on to fire former defensive coordinator Mike Nolan after one season and have since brought in Dan Quinn, who thrived in this same role back in Seattle. Quinn inherits plenty of talent, especially at the linebacker position. With a more simplistic approach expected to improve defensive communication, he should have this group far better prepared here out of the gate. 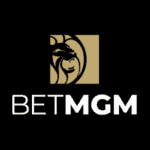 In short, the betting public would love a shootout from these two attractive offenses in the season’s opening game. Still, the contextual setup suggests a potentially more conservative approach — an under play cashing.

Get a $5,000 risk-free first bet and a free NFL authentic jersey when making $100 in pro football bets with Caesars Sportsbook.