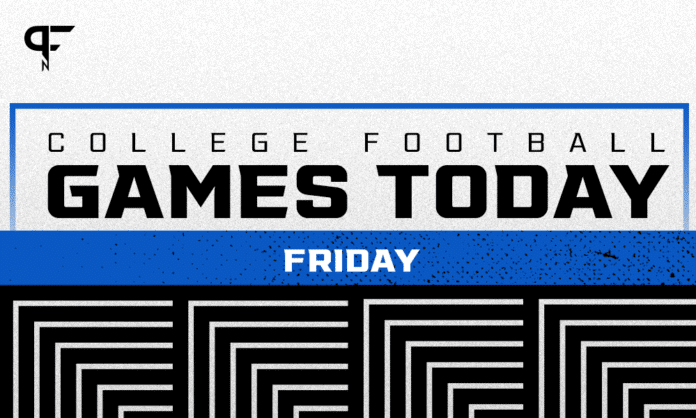 Coastal Carolina goes for a three-peat against Kansas, headlining the Week 2 college football TV schedule and games you need to watch today.

Week 1 is in the books, and we move our attention to Week 2. The four college football games today feature intriguing storylines with teams that are coming off emotional games. Kansas returns to familiar territory, Duke and Boise State were stunned, and Utah State shocked everyone. The appetizer for Week 2 gives you a good return on investment, so tune in! Let’s look at the college football TV schedule for Week 2.

What time and channels can you watch college football games today?

There aren’t many college football games on today, but two are definitely worth watching.

Coastal Carolina’s on a two-game winning streak in this series, while Kansas just stormed the field after beating an FCS team by three points. Lance Leipold takes over a Jayhawks’ program in shambles, and the turnaround appears to be off to a slow start.

Coastal Carolina beat the Jayhawks 38-23 last year and 12-7 in 2019, but they’re poised to turn this contest into a blowout. Grayson McCall began his sophomore season by picking up where he left off in 2020, which means the Chanticleers’ offense could reach new heights. He’s already a wizard running the option, but he’s proving to be a great passer as well.

The other scary part about this game is that you can probably name more Chanticleer players than anyone from Kansas. There isn’t a Pooka Williams for the Jayhawks to rely upon anymore, and Coastal Carolina’s loaded with NFL talent. The Chants have their eyes on a New Year’s Six bowl game, and boat racing Kansas is next on their agenda to reach that goal.

If you haven’t watched this offense or McCall, now’s an excellent opportunity to do so. It’s not one of the best college football games today — it’s the best, and you won’t be disappointed.

Let’s start with a strange state. UTEP sits at 2-0, while Boise State is 0-1. It turns out that doesn’t mean a whole lot as the Broncos are 25-point favorites. But that doesn’t guarantee a blowout.

UTEP’s offense continues humming along, even without running back Deion Hankins. Ronald Awatt and Willie Eldridge combined for 322 yards in his absence. Gavin Hardison’s on pace for a career year, thanks mainly to top receivers Jacob Cowing and Justin Garrett. That group faces one of the toughest tests they’ll see all year.

It didn’t matter who faced Boise State this week. They were going to play a Broncos team motivated to avenge last week’s loss to UCF — a game in which they forced UCF into big mistakes. Yet, it wasn’t enough. UTEP might have the better record, but they are in for a rude awakening against a team ready to remind everyone how good they can be.