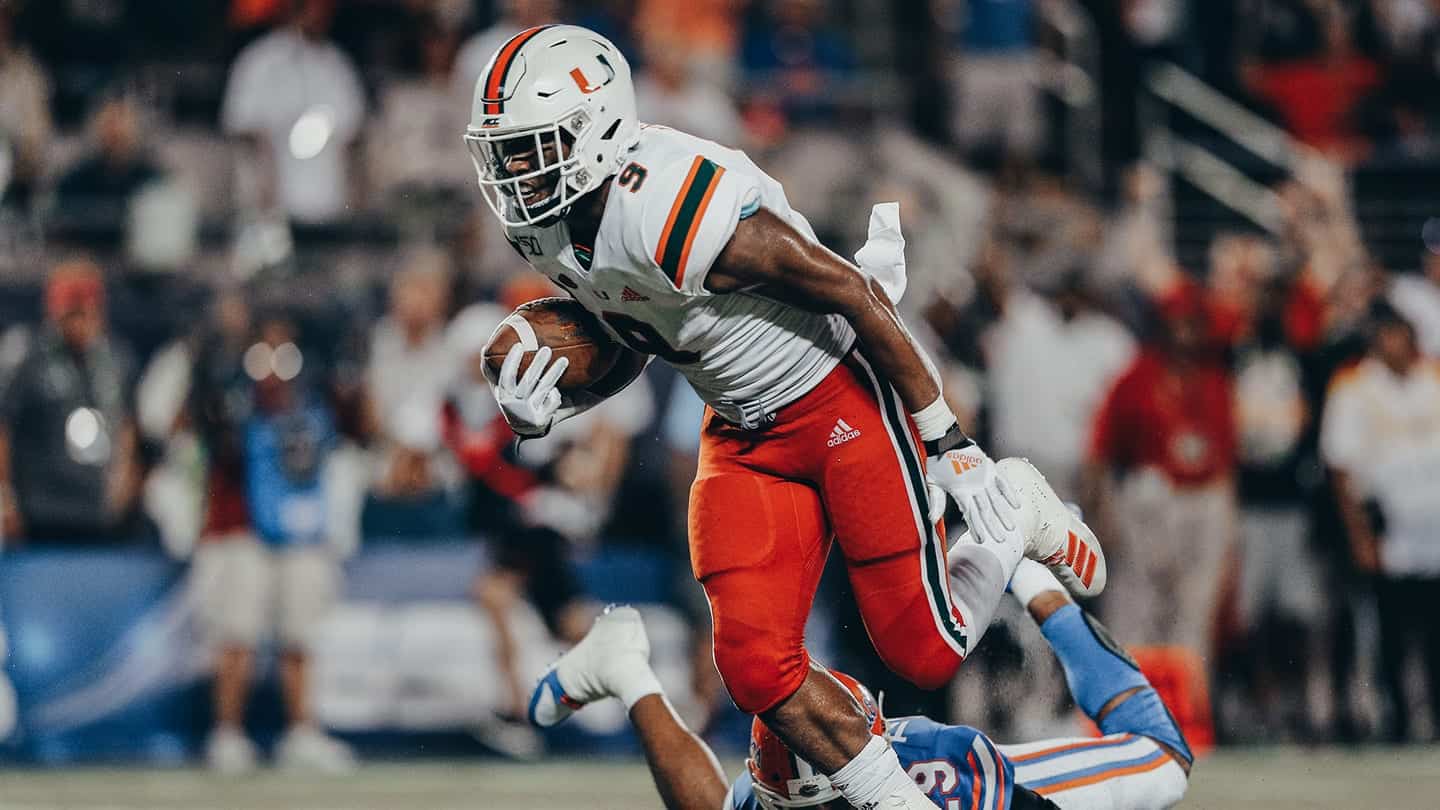 With single-game slates on both Monday and Tuesday, last-minute Christmas shoppers shouldn’t miss too much bowl action this week if away from the television. The Monday afternoon matchup features wide receiver Gabriel Davis and the UCF Knights against coach Doc Holiday and his Marshall Thundering Herd. With the Hawaii bowl returning to it’s traditional Christmas Eve-slot, expect the Hawaii Bowl to be the popular choice as background noise at Christmas Eve parties for sports-loving families everywhere.

Thursday’s two-game slate features a couple of ACC mid-tiers facing off against teams from the MAC and CUSA. Miami faces Louisiana Tech in the Independence Bowl while Pittsburgh goes against Eastern Michigan in the grossly unappealing Quick Lane Bowl.

Without further ado, here are the best devy matchups to watch from December 23rd-26th. Be sure to check back throughout the bowl season for our look ahead to every college football bowl game. You can also find my updated 2020 dynasty rookie rankings for a look ahead at which prospects to scout for the 2020 NFL Draft.

After a sensational freshman season, quarterback Dillon Gabriel looks like a devy prospect worth keeping an eye on over the next couple of years. Gabriel enters bowl season with 3,393 passing yards and a 27-7 TD/INT ratio in the Golden Knights up-tempo pass-first offense. Outside of the freshman’s two-interception performance against Tulsa, Gabriel hasn’t thrown an interception since early October.

Marshall running back Brenden Knox represents the Thundering Herd’s only player capable of moving the needle offensively. Knox has 1,284 rushing yards this season while the Marshall passing-game has been nothing short of abysmal all season long. Marshall doesn’t have a receiver with more than 500 receiving yards.

Hawaii’s Cole McDonald has seen his devy stock fluctuate this season with the quarterback even losing snaps to teammate Chevan Cordeiro. Although McDonald’s yardage total is on par with last season, the Hawaii quarterback posted a 29-14 TD/INT ratio after posting a 36-10 ratio a season ago.

With four separate receivers over 800 receiving yards, McDonald does a terrific job of spreading the ball out to his playmakers. Wide receiver Cedric Byrd II leads the Rainbow Warriors in both receptions and receiving yards en route to a 95-1,068-10 TD receiving line heading into the Hawai’i Bowl.

On paper, BYU looks like one of the worst offenses on the entire bowl-game slate. Quarterback Zach Wilson had an 11-7 TD/INT ratio while barely throwing for 2,000 passing yards all season. The Cougars leading rusher has 359 yards, and their leading receiver has less than 500 receiving yards. Wilson will look to duplicate last season’s bowl success that saw the quarterback complete a perfect 18-18 passes for 317 yards and four touchdown passes.

As one of the top devy tight ends in college football, Miami tight end Brevin Thomas is the top player to watch in the 2019 Independence Bowl. Thomas is joined by Florida’s Kyle Pitts and Penn State’s Pat Freiermuth as the top tight ends expected to enter the 2021 NFL Draft.

Louisiana Tech is led by quarterback J’Mar Smith and running back Justin Henderson. Smith finished the regular season with over 3,000 all-purpose yards with a 17-4 TD/INT ratio, while Henderson rushed for 967 yards and 15 touchdowns on the ground.

The 2019 Quick Lane Bowl sets up as one of the least-appealing bowl matchups from both a real-life and devy perspective. I’m not sure there’s a single devy relevant player on either roster.

After some early-season struggles with turnovers, Eastern Michigan quarterback Mike Glass III settled down during the second half of the 2019 college football season. After throwing eight picks in his first six contests, Glass didn’t throw another interception until the final week of the regular season.