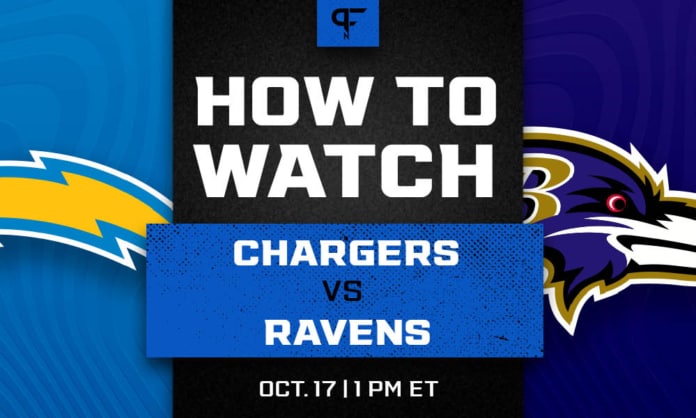 Chargers vs. Ravens prediction, pick, odds, and how to watch the Week 6 game

Heading into Week 6, what are our predictions for Chargers vs. Ravens, what are the latest odds, and what channel can you watch the game on?

After two crazy games this weekend, making predictions for this Los Angeles Chargers vs. Baltimore Ravens game has many elements to consider. Let’s take a look at the current NFL odds, what channel you can watch, and where you can listen to the Chargers vs. Ravens matchup.

For the majority of Monday Night Football, making predictions over who would win out of the Ravens and Chargers was looking somewhat simple. The Ravens appeared unable to move the ball, and their defense was having trouble stopping the Colts. With the Chargers a better team than the Colts, it was looking like this could be a mismatch.

Then again, the Chargers played an absolutely wild game last week. Their 47-42 victory only further emphasized just how strong their offense is, but also raised concerns over their defense. After they shut down the Raiders in Week 3, the Chargers gave up over 300 passing yards and 200 rushing yards to the Browns.

The Ravens have been unconvincing in all but one game this season, yet have found a way to win four straight. The identity of the team is still not really known. Having played well defensively against the Lions and Broncos, the Colts exploited them time and time again.

It is somewhat surprising to see the Ravens as favorites over the Chargers when you look at the odds this week. The Ravens might be 4-1, but outside of one game, they have yet to put on a complete performance across all parts of their roster.

Meanwhile, the Chargers’ offense continues to be a fantastic unit. They rank in the top 10 in points scored, yards gained, and third-down conversion rate while they lead the league in time of possession and plays per drive.

There is a lot to be excited about in this matchup. The future of the AFC looks bright with Justin Herbert and Lamar Jackson alongside Patrick Mahomes and Josh Allen. This should be a matchup that we hopefully get used to seeing in the playoffs going forward.

You can never write off the Ravens when making predictions, as we saw Monday night, but it’s hard to see beyond a Chargers victory on Sunday.

How to watch and listen to Chargers vs. Ravens this week