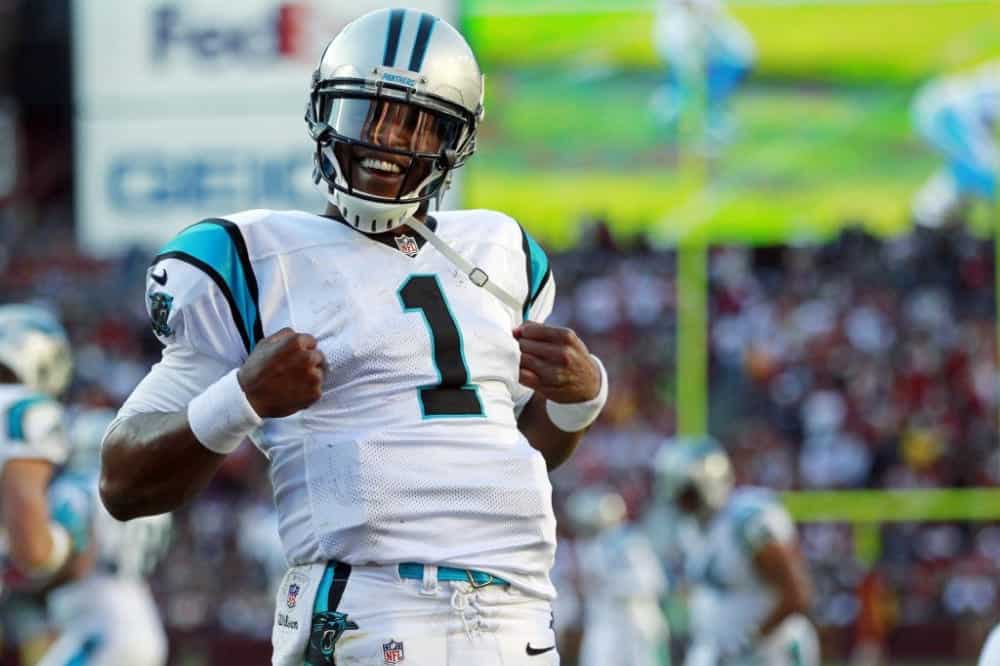 On Tuesday, February 11, 2020, Carolina Panthers owner David Tepper expressed his hesitation regarding the situation of Cam Newton’s future in Carolina due to his rash of injuries in the recent past. According to David Newton at ESPN, Tepper explained Tuesday, “Listen, I’m not a doctor. I’ve said it a million times, is he healthy?… There’s a lot of different things that can happen. Is he healthy? And then we can talk?”

Just five seasons removed from their 15-1 Super Bowl run in 2015, ultimately losing to future Hall of Fame QB Peyton Manning in his final season with the Denver Broncos, Tepper has hit the reset button. Carolina parted ways with former head coach Ron Rivera along with longtime tight end Greg Olsen and All-Pro linebacker Luke Kuechly announced his retirement. To replace Rivera, Tepper brought in Matt Rhule from Baylor to take the reins, and Carolina has a lot of options when it comes to the future at the quarterback position.

If last season proved anything for Carolina, outside of a healthy Newton, there was not a good QB on the roster. With Newton sidelined early in 2019 with a Lisfranc injury in his left foot and sent to the injured reserve, the Panthers were forced to turn to second-year QB Kyle Allen and rookie QB Will Grier late in the season who proved to be serviceable at best.

According to Newton, he plans on being back for the 2020 season. Rhule and the Panthers could decide to roll with Newton, who is on the final year of his contract for a cap hit of $21.1 million. Not cheap, but he ranks as the 16th highest paid QB. Newton has used social media to display his ability to go through some light drills and make throws but nothing in comparison to the full speed of the NFL game.

Should the Panthers roll with Newton through the final year of his contract in a “prove-it” type situation, even if he is healthy? Can Newton help the Panthers compete for the NFC South?

According to Pro Football Network’s Offensive Share Metric, in the season after his MVP campaign, Newton earned an overall OSM grade of 31.28, ranking him 13th out of 39 eligible quarterbacks in 2016. He threw for 3,509 yards and 19 touchdowns working with a receiving core comprised of Kelvin Benjamin, Corey Brown, and Ted Ginn Jr. According to the NFL’s Next Gen Stats, Newton was the highest-ranked QB average intended air yards with 11 and averaged 8.3 completed air yards, second-best in the league.

Newton also favored tight passing windows more than any QB besides Jared Goff in 2016 with an aggressiveness percentage of 24.9%. While he pushed the field and was the major contributor to the offense’s success that season he also had the lowest completion percentage in the league at 52.9%. In 2017, his OSM took a 10 point dip as he earned a 21.53, making him QB26 of 41. Both his average intended and completed air yards dropped by over two yards.

Newton rebounded slightly in 2018, earning an OSM of 23.94. Again, the receiving core was a work in progress with rookie D.J. Moore finding his way and Devin Funchess and Curtis Samuel having mediocre seasons. Furthermore, Newton’s injuries have significantly affected the Panthers seasons. The odds of Newton reinjuring his foot in a way that would require a second Lisfranc procedure are low. However, it’s his history of shoulder injuries and concussions should cause the Panthers to be cautious.

Other needs to address

However, if Newton’s foot injury is completely healed and he is, in fact, ready to go for the 2020 season then they should bring him back for at least one year. Although they’ve already faced a number of losses, the Panthers do have the promising outlook of the offense. Kuechly’s retirement left a massive hole in the defense. If the Panthers move on from Newton, it would seem likely they take a QB early on if free agency doesn’t pan out. If they keep Newton, the seventh overall pick could be used on someone like Isaiah Simmons from Clemson, giving the Panthers a chance to attempt to plug that hole immediately.

Furthermore, while the QBs struggled, other players continued to blossom. It’s impossible to ignore the monstrous numbers running back Christian McCaffrey put up last season. With just slightly better play from the QB position, the Panthers would have been in a better place to utilize the mismatch McCaffrey seemingly created against every opponent.

In the passing game, Moore continues to improve and impress. Hauling in 87 passes for 1,175 yards and four touchdowns, Moore earned an overall OSM grade of 33.23 in 2019, a very good season grade, and promising for the future under a better QB. If the Panthers retain Newton, they could not only invest in the defense early but also take advantage of a stacked WR class in the 2020 draft early on Day 2.

At the moment, it does not seem like much is buzzing around Newton’s long term future in Carolina. However, for the short term, staying in Carolina one more year would work well for both parties. Newton’s injuries have taken their toll but when he is healthy he can play. If he can come back completely healthy, he should be able to show not only Carolina but the rest of the NFL what he can still do. As far as the Panthers go, Newton has brought the franchise success in the past and with more pressing needs to address, maintaining the status quo with a healthy Newton could help hasten the rebuild.