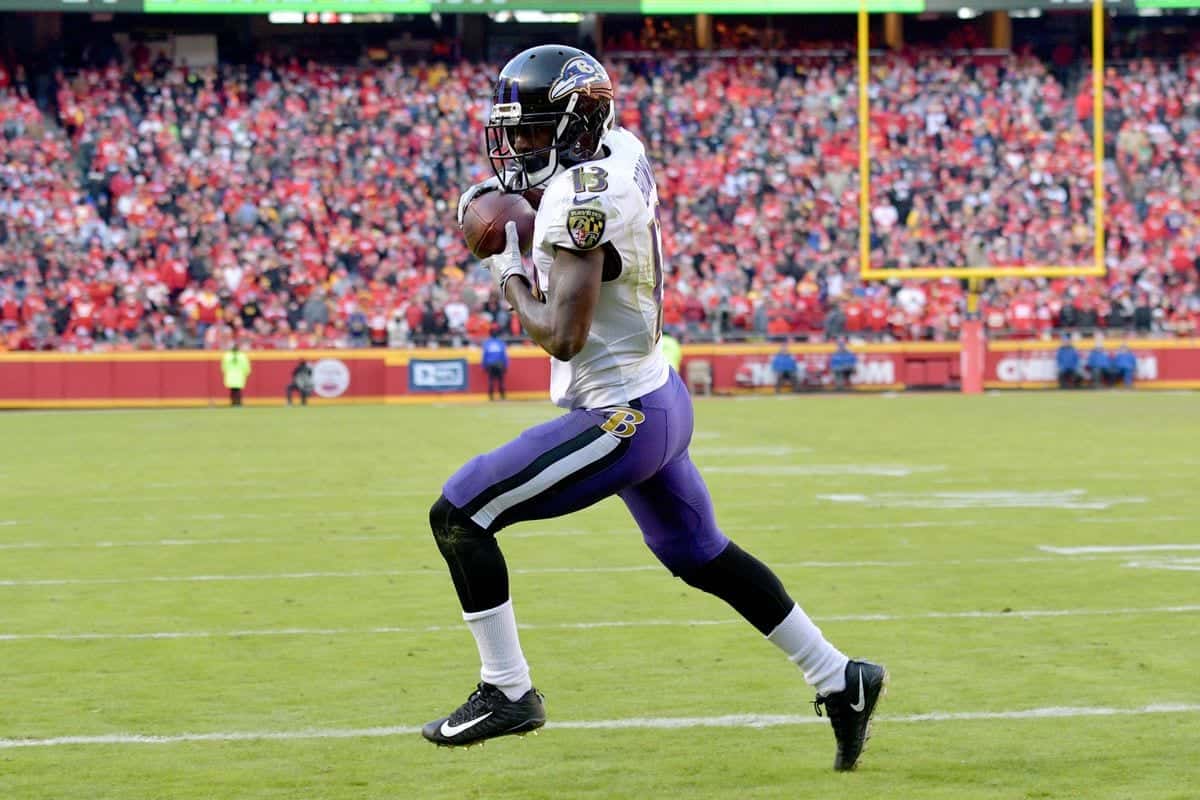 Photo Credit: USA Today
What's in this article? Click to show
The Buffalo Bills entered free agency with $67.68 million in cap space. The team wasted no time going out into the market place to buy an infrastructure.
Addressing the Offensive Line
Weaponry
Defense
All in All

The Buffalo Bills entered free agency with $67.68 million in cap space. The team wasted no time going out into the market place to buy an infrastructure.

The Buffalo Bills attacked free agency like a bachelor party raffle winner on a next day shopping spree with a wad of cash burning a hole in his pocket. As of this writing, the Bills have signed 11 players in free agency and guaranteed at least $78 million.

We previously argued that Buffalo’s cap space plus draft capital positioned the team well to return to the playoffs in 2019. Brandon Beane appears to agree.

Before the legal tampering period even started, Buffalo threw three years and $12.6 million at Spencer Long. The former Jet posted a 43.7 pass blocking grade last season, per Pro Football Focus. The Jets are desperate for offensive lineman as well, so their willingness to let Long walk should have been a red flag for the Bills.

A better use of financial resources was importing Mitch Morse. The former Chief got four years and $44.5 million to relocate. This contract basically nails what Spotrac deemed as Morse’s market value. Not that the Spotrac market value algorithm is the end-all-be-all, but it’s interesting none the less.

By average annual value, Morse is now the highest paid center in football. You’d rightly say that Morse isn’t the best center in football, and therefore this is an overpay. It’s hard to argue. The counter is the pass protection he will provide Josh Allen justifies the money.

Morse allowed only 4 total pressures and 0 sacks last season on 443 pass block snaps. Furthermore, among centers that logged a minimum of 319 pass blocking snaps, Morse had the 2nd best pass blocking efficiency in 2018, per PFF.

The final additions up front were tackle Ty Nsekhe, an underrated versatile lineman, and former Patriot swing tackle LaAdrian Waddle. Upgrading from the horror that is Jordan Mills to the decency that is Nsekhe should prove to be a massive swing for Buffalo. Waddle is a great reserve swing tackle to have on the roster.

Considering the Bills most likely drafted Allen based solely on arm strength, the team desperately needed a field-stretching wide receiver.

Enter John Brown on a three year, $27 million pact. The 29-year-old has battled both injuries and disease throughout his up and down career. The upside is the 2015 version of Brown. In 2015, Brown finished 14th in the league in deep passing yards, with 370. He caught 8 of 12 catchable deep targets, and 2 of his deep receptions went for touchdowns.

The contract seems to be reasonable given the going rate for receivers on the open market. Brown also enjoyed a moderate bounce-back season in 2018, posting the second most receiving yards he has accumulated in a single season on the best yards per catch average of his career.

His skill set as a field stretcher should get all the opportunity it can handle with Allen as well. In 2018, Allen led the NFL in average intended air yards per throw. The pairing makes perfect sense.

What doesn’t make sense is overpaying two other receivers on the wrong side of 30. One of which is a slot receiver.

Nothing about Allen’s game or strengths suggests he is designed to quickly, and accurately, get the ball to a small target over the middle. Well, after giving four years and $29 million to Cole Beasley, some of those routes better be on the play sheet. Beasley also doesn’t gain much separation, and Allen is one of the shyest quarterbacks in terms of throwing into tight coverage. Smaller players tend to age more poorly in comparison to their larger contemporaries. Beasley is 30.

What is the point to adding Andre Roberts?

Hoo-boy, what is this Tyler Kroft contract? In his career, Kroft has amassed 67 catches, 661 yards, and 8 touchdowns across four seasons. Kroft was limited to 117 snaps last year due to injury, but in 2017 he ranked 21st in DYAR and DVOA, and 48th in receiving grading per PPF, among tight ends. Buffalo just made him a top 15 paid tight end by average annual value on a three year, $18.8 million deal. In a year where the draft is loaded with tight end talent, this money really could have been better spent elsewhere.

The one defensive signing Buffalo made was bringing cornerback Kevin Johnson. The former first-round pick had a promising sophomore campaign before crashing and burning in 2017 during his third season. In 2017, Johnson ranked 125th among corners in coverage snaps per reception allowed, per PFF. Opposing quarterbacks posted a collective 137.3 passer rating on 50 attempts throwing into Johnson’s coverage.

Last year injuries limited Johnson to 65 total snaps. The contract is a small one year, $3 million dollar deal, so it is a decent flyer by the Bills. The issue is deals like these don’t provide much upside for the team. If Johnson plays great, that’s wonderful for this season, but Johnson will go out onto the market place in 2020 and leave for a larger contract.

These one-year prove it deals give the majority of the upside to the player who can just leave the following offseason. Buffalo would have been wise to get a non-guaranteed second year on the deal. If Johnson plays well in 2019, the Bills could have brought him back on a cheap deal. If Johnson is still bad, the team could have just moved on.

With $29.3 million left in space, Buffalo may look to add more talent to their defense. It is disappointing they weren’t more aggressive in bringing an impact player onto this side of the ball. The Bills quietly had the 2nd best defense by DVOA in 2018 and could have truly made this an elite unit had they added someone like Sheldon Richardson or Trey Flowers.

Buffalo did well to address the offensive line and bring in a weapon for Allen. Conversely, the Long, Beasley, Kroft, and Roberts contracts are either overpays, a poor addition, or both. That money amounts to a wasted opportunity cost as bringing in an elite defensive free agent could have made the Bills an incredible defensive unit.

Buffalo tried to copy the Los Angeles Rams/Chicago Bears model. Those franchises loaded up on offensive lineman and passing game weaponry in the second year of their first-round quarterback’s career. Each team made the playoffs in the corresponding season. For the Rams, further additions ahead of Jared Goff’s third season resulted in a Super Bowl appearance.

The blueprint is there, but it doesn’t seem like the Bills executed it as well as the other two teams. The offensive line and passing game additions made by Buffalo are inferior to those of Los Angeles and Chicago. You can say that there was no receiver in this year’s free agent class as good as Robert Woods or Allen Robison, and you’d be right, but that doesn’t mean you have to go out and overpay other guys. The Brown addition is good, but he isn’t as good as Woods or Robinson.

In a draft year loaded at tight end, a cost-controlled young talent would have been the superior option to greatly overpaying Kroft. The Bills may still target a receiver in the draft, especially since D.K. Metcalf looks like a perfect fit for the franchise.

You can’t blame Beane for trying, and there are good moves in here, but overall this has to be seen as a disappointment given how much money Buffalo had to spend.