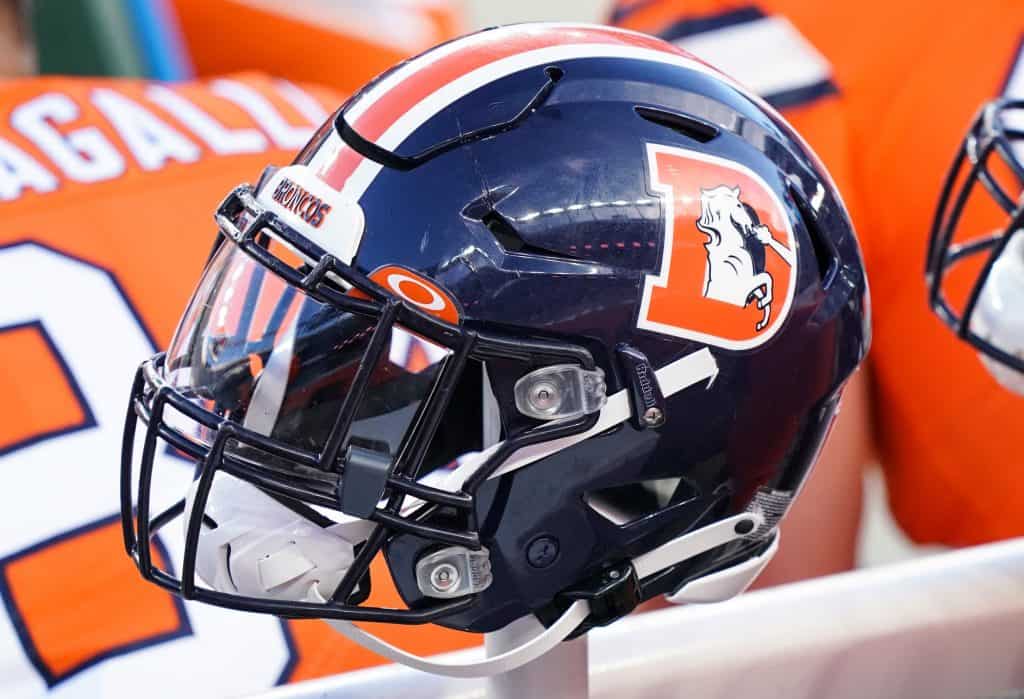 The Denver Broncos are no strangers to the Super Bowl, but lately, it has eluded them. In fact, the Broncos haven’t so much as made the playoffs since their last Super Bowl victory in 2015. We’re beginning to forget what it’s like to see Denver in the postseason. That has to change. With this Broncos 7-Round 2021 NFL Mock Draft, Denver aims to dance again. They won’t be shy about using the NFL Draft to solve issues at quarterback, linebacker, and cornerback, among other positions. Because if you want to win, you can’t be.

I was a fan of Drew Lock coming out — at least, relative to what others thought of him. He likely would have been QB6 in this draft class, but he clearly had the upside to be a starter with his athleticism and arm talent. Now, however, Lock’s future is uncertain. He regressed in 2020, despite having a solid supporting cast. While he did flash on occasion, he hasn’t definitively sold himself as a long-term starting option at QB.

There is a scenario where the Broncos could give Lock one more year. However, if a quarterback drops to No. 9, the prospect of adding a signal-caller without having to trade up is enticing. I’d prefer Trey Lance or Justin Fields rather than Mac Jones, but Denver is one of the few destinations where I think Jones can come in and thrive on Day 1.

Jones has the traits to be an excellent facilitator within the Broncos’ talented offensive corps, and he can help them compete with relative immediacy. With the right support, Jones can provide returns on this investment.

You won’t often see me picking running backs early. I’m usually of the mind that comparable value can be found later in the draft. However, in this 7-Round Broncos 2021 NFL Mock Draft, the thought of Travis Etienne being a complement to Melvin Gordon in the backfield was too good to pass up. This selection only makes a strong Broncos’ offense stronger, and it gives Jones yet another weapon to use for his benefit.

Etienne is well-sized at around 5-foot-10, 215 pounds, and he offers tremendous explosiveness and contact balance for the position. The Clemson running back can bounce off incoming defenders, and his open-field burst is nearly second to none in this RB class.

Etienne is still developing as a receiver, but he took massive strides in that department in 2020. With his ability to gear up quickly and shake off defenders, he has the upside to be a devastating and versatile threat out of the backfield.

The Broncos presumably have Alexander Johnson coming back at linebacker — so long as he signs his second-round tender — but Denver could certainly use more help at the position. There were a few enticing options back in Round 2. However, getting Alabama linebacker Dylan Moses in Round 3 is just as good, if not better, value.

Moses was once considered a potential top-10 prospect, but a regressive year in 2020 has forced him down the draft board. Still, Moses is a supreme athletic talent. Standing at 6-foot-2 and 235 pounds, he’s dense, explosive, and physical at the tackle point.

Alongside Johnson, Moses would be able to play in a more comfortable reactive role. Coming back at full health, he should be able to use his athleticism to fulfill various assignments.

After signing Ronald Darby and Kyle Fuller to complement slot cornerback Bryce Callahan, the Broncos can afford to wait a little bit at cornerback. On the other hand, Fuller and Callahan are both due for new contracts in 2022, so Denver shouldn’t ignore the position altogether.

If they can get a high-upside, versatile player at the position, they shouldn’t hesitate. And in Round 4 of this Broncos 7-Round 2021 NFL Mock Draft, no one fits that description better than Trill Williams.

Williams isn’t quite as dominant an athlete as Ifeatu Melifonwu, but he’s still an enticing player. Standing over 6-foot-0, with a strong 208-pound frame, Williams has been timed in the 4.4s before. He also has a 36-inch vertical and a 123-inch broad jump to fall back on from his pro day.

His long speed isn’t top-tier, but Williams has the explosiveness, length, fluidity, and physicality to be a very good cornerback in time. Additionally, he took reps on the boundary, in the slot, and safety, so his versatility would be an asset early for Denver.

When Shaka Toney measured in at the Senior Bowl, it gave a lot of people a bad impression regarding his NFL projection.

It’s true. Toney is smaller than you’d want your average defender to be. However, in the right role and the right scheme, Toney can still be a good, dynamic player. And in Vic Fangio’s 3-4 scheme, Toney might have one of his best fits.

Toney may be on the smaller side, but he’s still tremendously explosive and bendy, and he has good density and proportional length for his size. Toney can learn from Von Miller, another edge rusher without elite size, who instead wins with burst, bend, and tenacious hands.

At this point in our Broncos 7-Round 2021 NFL Mock Draft, the Broncos have filled enough needs to start employing a pure BPA philosophy with their later picks. Just inside the top 200, Ta’Quon Graham is one player who potentially provides tremendous value. He has a ton of upside, as well as the athleticism and length to be a versatile interior lineman.

Graham is 6-foot-3, 292 pounds, and yet, he has an outrageous 85-inch wingspan. Linemen with Graham’s combination of low height and long arms are rare. They offer a potentially elite leverage equation in the trenches. On top of his frame, Graham also boasts a 4.89 40-yard dash with an elite 1.67 10-yard split, a 32.5-inch vertical, a 113-inch broad jump, and 32 bench reps.

Physically, there isn’t much lacking in Graham’s tool chest. He has a ton of upside at the three-technique spot, but with his length, he could also shade inside based on the situation.

The Broncos already have talent at the wide receiver position. Nevertheless, it’s never a bad idea to spend a later pick on a pass catcher with raw traits to build upon. Especially in this class, a seventh-rounder is a good cost for Denver to keep talent in the pipeline. In this Broncos 7-Round 2021 NFL Mock Draft, Louisville’s Dez Fitzpatrick is the selection.

Fitzpatrick has a solid athletic foundation. Standing at around 6-foot-2, 208 pounds, Fitzpatrick has impressive size and length, which he displayed at the Senior Bowl in January. He also has good speed and explosiveness, with a 4.49 40-yard dash and a 35-inch vertical jump, respectively. Other options here might include Jalen Camp and Tim Jones.

For the time being, Denver is set at safety. Justin Simmons is back on the franchise tag, and Kareem Jackson complements him well at strong safety. Still, Vic Fangio can add more rotational talent and upside to the safety unit, as the group might look different in a couple of years. Adding a supremely athletic and instinctive talent like Cincinnati safety Darrick Forrest is an excellent move this late.

Forrest projects well into the box and on special teams early on, but he also has the athletic numbers necessary to play in more versatile coverage alignments. Forrest checks about as many boxes as a prospect can check this late, and especially for Fangio’s scheme, he provides a lot of potential.

On paper, the Broncos have a tepid solution at tackle. Garett Bolles took a big leap last year and now figures to be one of their best offensive starters. Ja’Wuan James, for now, appears to be set to return after opting out last year. Even so, James can’t be viewed as the definitive long-term starter on the right side anymore.

Additionally, the Broncos could use more depth. In what appears to be a deep tackle class, Denver can use one of these seventh-rounders on a developmental blocker.

Larnel Coleman is one name that deserves a bit more buzz as we near the draft. Coleman’s Minutemen only played four games this past fall, but Coleman flashes on tape. The UMass tackle has an exciting athletic makeup. He stands at 6-foot-6 and 310 pounds with a 31-inch vertical and a 113-inch broad jump. He also has astounding length, with arms over 36 inches long.

A fluid and rangy mover at tackle, Coleman gives renowned OL coach Mike Munchak plenty of tools to work with.

Keep Reading! Denver Broncos Rumors: Don’t expect a trade up for a quarterback