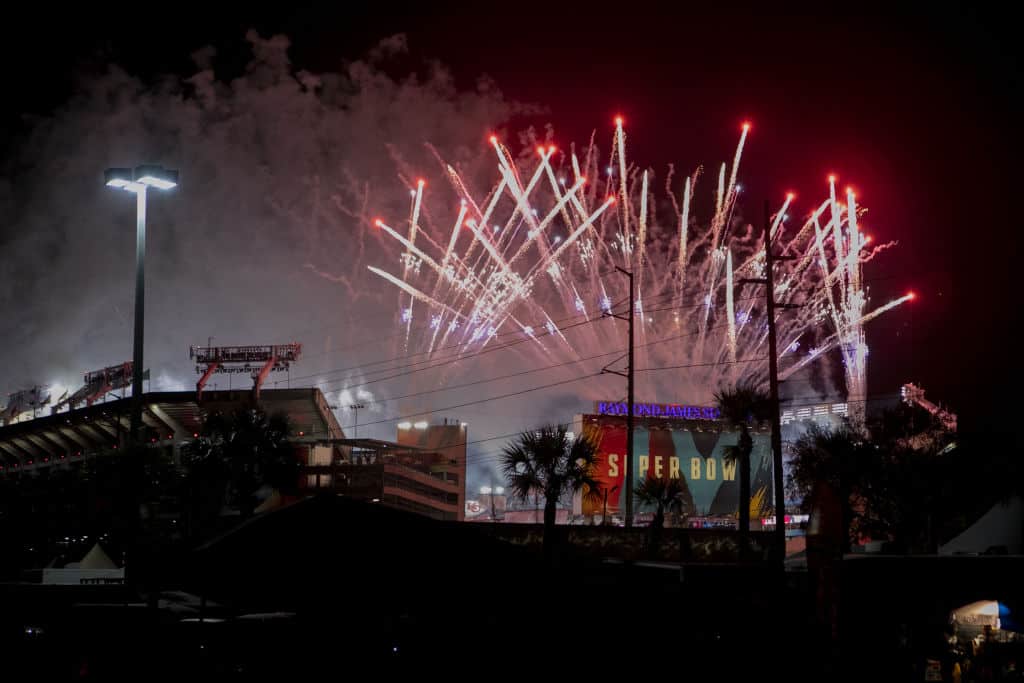 Companies drop exorbitant amounts of money every year to have a 30-second or longer commercial air during the NFL‘s Super Bowl. This year was no different, and while some ads missed the mark, some nailed it and will go down as the best commercials of Super Bowl 55.

If we are being honest, the Super Bowl 55 commercials didn’t really have any that will go down as all-time greats. Sure some made us laugh and even hit on current events, but overall they were, okay.

Everything from car companies not talking about cars, some more successfully than others. The return of a 90s classic food, to more beers than you could drink made an appearance. Even the NFL had to get involved in the mix.

Usually, we watch Super Bowl commercials to laugh. Toyota went in a different but much-needed direction.

Rather than focusing on selling the new Camry or Tacoma, they featured the story of USA Paralympic swimmer Jessica Long.

Born in Russia, Long had a condition the led to her legs being amputated. Not only that, but she was also an orphan. The Super Bowl 55 ad shows the story of Long in a series of flashbacks leading up to her adoption by her parents in the US. What the commercial glanced over were her incredible accomplishments. Long has been to the Paralympics four times and earned 23 medals, the second-most medals of any American Paralympian.

It also was meant to tie into the 2020 Olympic games that have been delayed. A reminder of perseverance, a family’s love, and the spirit of athletes regardless of limitations.

Who hasn’t stolen chips or snacked from their significant other, and when asked about it, your only response was, “It wasn’t me.”

Cheetos brought that scenario to life with one of our favorite couples, Ashton Kutcher and Mila Kunis. Not only is Kutcher left following her around asking questions, but accompanying him is the artist responsible for one of the best one-hit wonders of all-time, Shaggy. Together the trio performed a riff around his song “It wasn’t me” that initially debuted in 2000 on his multi-platinum album “Hot Shot.”

My one question was, how many damn Cheetos did she eat? If you are leaving fingerprints on the walls that don’t rely on that CSI blue light to see, that is impressive.

One way to avoid this hazard is using a fork and just stabbing them out of the bag. I am not good enough with chop-sticks to get one individually. Also, I feel like I just shared way too much about myself that I am willing to eat Cheetos with a fork not to get orange fingers.

Not only was Patrick Mahones on the field, but he pulled double duty for State Farm in their Super Bowl 55 commercial. Joining him was Green Bay Packers QB discount double-checker Aaron Rodgers and Jake…from State Farm.

Showing them on a film set, the commercial showed their stand-ins with some fantastic cameos.

Rodgers’ biggest fan finally made it to the big time and wound up being his stand-in, cheese head and all. For Mahomes, we see die-hard Chiefs fan Paul Rudd dress the same in a very clever role. The company saved the best for last with Jake’s stand-in. Jake from State Farm becomes Drake from State Farm. While usually the biggest star in any room he walks into, he learns that life is not quite as glamorous as a stand-in. Also, has anyone else noticed that in his role, Jake found time to get in his upper body reps? He might have found the only gym open in the last year.

Not every Super Bowl 55 commercial was successful. Some missed the mark completely, came off tone-deaf, or left us confused about what we watched.

The NFL talking about unity and coming together?

So let me get this straight. The NFL runs an ad using a hologram of Vince Lombardi talking about unity, equality, and even shows players kneeling in a commercial during the Super Bowl, but never address or shows Colin Kapernick? All of this right on the heels of the recent hiring cycle that left many wondering what is going on behind the scenes.

Their commercial last year was incredible. This one, however, probably should have been reconsidered.

Robinhood tries to save face

“We are all investors.”

Oh, OK. Here, allow me to rephrase this for you to reflect on what your company actually looks like to everyone else.

“We are all investors until you, the common person, starts actually winning and making money, then we will cave to hedge funds who aren’t playing by the rules. At that point, we will cut off your ability to play because you are not part of us.”

We are all investors until we decide you can’t be anymore. Yeah, that sounds about more like it.

Oatly, what was that?

I mean, genuinely what on Earth was that? “It’s like milk. But made for humans.” I’m sorry, but that commercial did nothing to make me want to try oat milk.

They say any publicity is good publicity. Yeah, I am not sure that holds up on this one. This commercial is 30 seconds long and cost the company 5.6 million dollars to run during the Super Bowl. Let that sink in for a few seconds.