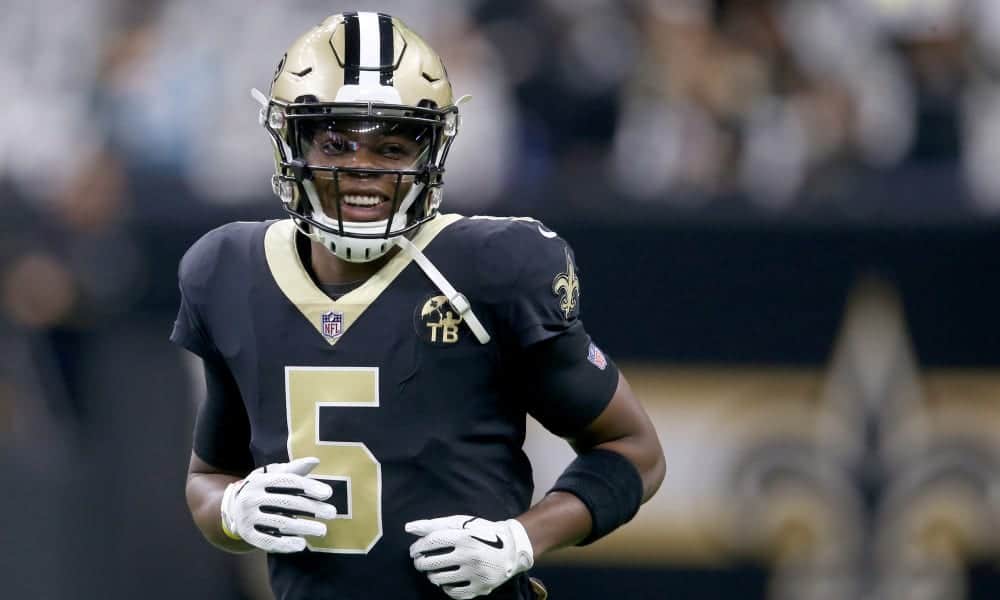 Free agency can make or break a team’s spirit every season. Some moves will send a roster from the cellar up the mountain top, while others could easily fall into the “bad signings” category. The 2020 offseason has had its hiccups. Nonetheless, it has done its best to continue to try and keep football at the forefront, in hopes to bring the game back on time. Free agency has definitely helped keep our minds on football.

A team’s season can begin or end with a strong play on the free-agent market. But, sometimes the deals you think will be promising will blow up in the franchise’s face. Look no further than the former Oakland Raiders with Antonio Brown last season.

Several players have found new homes, but will they be a fit? If they are, their teams will contend. Any struggles could lead to a change come next offseason. Let’s take a look at several deals that could backfire this season and turn a contender back into a pretender.

Well, I guess it is now time to crown the Buccaneers supreme leaders of the NFC because the six-time Super Bowl champion, Tom Brady, is in the building. With the signing of the former Patriots signal-caller, the offense in Tampa could be a top-scoring unit. Brady will finally have weapons in Mike Evans, Chris Godwin, and O.J. Howard. While potentially getting production in Peyton Barber and Ronald Jones playing similar roles found in Foxborough.

Arguably the most underrated play of Tom Brady's career:
a 15 yard SCRAMBLE on 3rd and 8 to set up the Patriots first touchdown in the 25 point comeback against Atlanta in Super Bowl 51. pic.twitter.com/vmo3QcKc2K

Or, perhaps he follows the same paths as other greats who left their franchises towards the end.

Joe Montana closed out his career with the Kansas City Chiefs and never threw for more than 3,300 yards and 16 touchdowns. Brett Favre spent a season with the New York Jets and led the league in interceptions. Even Johnny Unitas wasted a year with the Chargers and struggled immensely during his five-game stint as the team’s starter.

Brady has all the tools he wanted in New England. He also has a coach who has helped some of the brightest quarterbacks improve their craft in Bruce Arians. The question will be if the 43-year-old’s second-half dud was a sense of what’s to come.

Not everyone can be Peyton Manning and find success on a new team. He was 39 when he called it quits in Denver back in 2015. Brady could be the saving grace for Tampa. He could also be an inconsistent option that never rebounds from a season ago.

We’ve all heard this story before. A veteran about halfway out the door becomes an above-average player and gets paid like a superstar by a needy roster. See Brock Osweiler, Nick Foles, and Blake Bortles as recent examples.

Now it’s Tannehill time in Tennessee–for how long is the question though?

The Titans found a change of culture under center when the former Dolphins quarterback took the reins. The team would finish 7-3, forcing their way into the playoffs and becoming the underdog that went to the AFC Championship. Tannehill looked competent controlling the offense, throwing for over 2,700 yards and 22 touchdowns.

This offseason, John Robinson offered him a new four-year extension worth up to $118 million through the 2023 season. Deserving of a second chance, perhaps the price was a tad much.

Ryan Tannehill to AJ Brown can’t be stopped. Brown just burns with a hesitation release and Tannehill drops it in the hole. pic.twitter.com/TRUAqse1Ra

Derrick Henry, the league-leading rusher, carried the team behind a near 500-yard postseason to the title game against Kansas City. Tannehill threw only 60 times and finished with six total touchdowns and an interception. Plus, the 31-year-old has injury concerns, missing 19 games in his final two years with the Dolphins.

There’s potential for the Titans to duplicate their success in 2020 if they follow the same plan; run it with a burly back and pass when need be. If Tannehill regresses at all, Tennessee will be stuck with a player they paid $62 million for potentially someone they could release a season later.

This one is tricky due to the limited games he’s played, but how sold should Panthers’ fans be on Teddy Bridgewater? Granted, while the Saints were successful with the former Vikings quarterback under center, the sample size could be a mirage of concerns.

Bridgewater took over for New Orleans when Drew Brees suffered a thumb injury in Week 2 against Los Angeles. The Louisville sensation drove the Saints to a perfect 5-0 record as the man in command, throwing for just over 1,200 yards and nine touchdowns. In return for his efforts, Matt Rhule named him the new face of the Queen City with a three-year $63 million deal.

.@stephenasmith isn’t sold on Teddy Bridgewater as a "winner" just yet. pic.twitter.com/lzIgHmhqPl

The problem with the signing isn’t the move to forgo Cam Newton. It’s the cost of a quarterback who could or could not be the future.

In all five starts, Bridgewater only surpassed the 300-yard marker one. His final two games show his ability to extend drives, passing for 521 yards and three touchdowns. His other three games relied on defensive play more than anything else.

With a new head coach, it makes sense for Carolina to start fresh with a new quarterback Rhule can call his own. But if Bridgewater struggles, the Panthers will rely on their inadequate defense and Christian McCaffery to carry the load. And before you know it, we could be seeing slogans stating “Tank for Trevor” or “Just wait for Justin” in the coming months.

The Falcons should be excited about the upcoming season. Then again, don’t they say that every year and leave disappointed?

Among the consistent 28-3 jokes, Atlanta as a whole has taken a step back since their 2016 campaign on the way to Super Bowl LI in Houston. Devonta Freeman could never remain healthy, thus taking out another element to Matt Ryan’s execution on the field.

That could change with the addition of Todd Gurley in their backfield. The Falcons signed the former Offensive Player of the Year to a one-year, $6.5 million offer a day following his release from the Rams.

What impact could Todd Gurley have in Atlanta?@FalconsKelsey and @archerqb16 break down the reported pick up of running back Todd Gurley. pic.twitter.com/i8FLTAQb9b

Justifiably so, Los Angeles needed to clear cap space and Gurley wasn’t close to living up to his new $47.5 million extension from 2018. Sure, he claimed 12 touchdowns, but his longest score was from 13 yards out against Tampa Bay. Gurley also failed to surpass the 100-yard marker for a game and 1,000 yards on the season.

A productive runner when it comes to putting up points, Gurley will be useful in the red zone. Outside of that, there are concerns about his longevity as a full-speed player. The longest play from scrimmage for him was 25 yards and came in Week 1 against Carolina. That’s not the ideal number you want for a lead back in any situation.

Gurley will fill a need down for the Dirty Birds, but there’s a risk of calling him the feature back. He’ll need to bounce back in his return home and if not, Atlanta could be looking to start fresh when the 2021 season begins.

Houston will make the most of the trade situation with Arizona by finding their hopeful lead runner for the future with David Johnson. Perhaps considered the top runner in football at some point in his career, the Northern Iowa product became a household name in 2016 when he rushed for 1,239 yards and a season-high 16 touchdowns.

Since then, injuries have limited Johnson production as a runner. Useful as a weapon through the air, he tallied at least three touchdowns and over 300 yards since the 2016 campaign. But before the end of last year, Johnson rushed for a career-low 325 yards and two touchdowns on the ground, eventually being replaced by Kenyan Drake.

"Houston wants to pay their left tackle, and they gotta pay Deshaun Watson. They don't want to have to pay Hopkins in a draft loaded with wide receivers."

Houston will take on Johnson’s $10.2 million salary due for the impending season after trading for him and a second-round pick. The team will now have two passing options with Duke and David but still need a lead runner. Perhaps a change of scenery could have the former All-Pro looking like a 1,000-yard rusher in a backfield with Deshaun Watson.

History hasn’t been on Johnson’s side to recover from the one-year wonder that was 2016. More than likely, he’ll be a serviceable back that hits over 800 total yards of offense. That’s not what fans want in return for an All-Pro wide receiver who was the one consistent for Houston’s offense the past seven years.