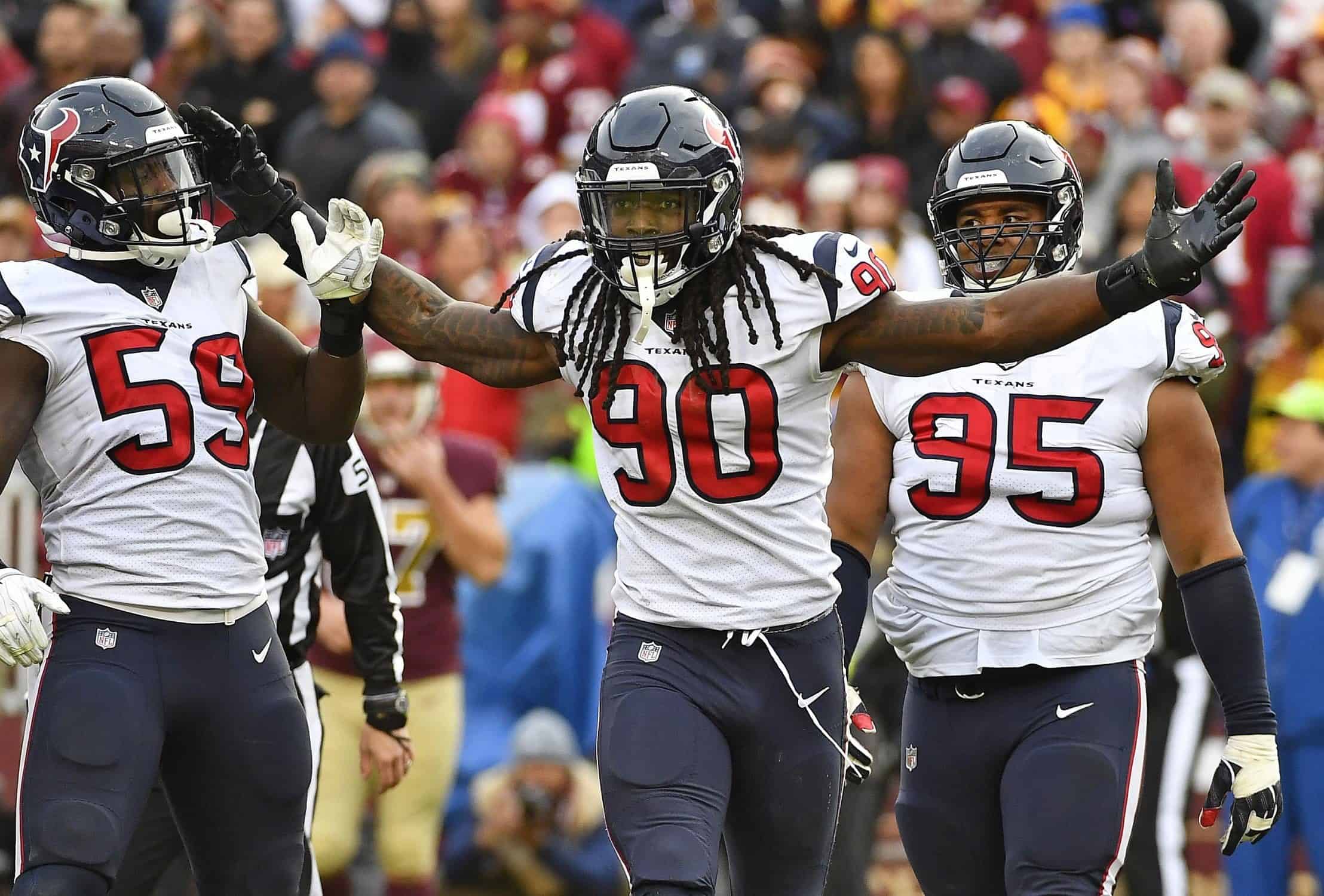 The AFC South is one of the most intriguing divisions in football for the 2019 season. It will also be one of the most talked-about come 2020 NFL free agency. There are marquee impending free agents all over the division and these players are looking to cash-in after their contract year. Every team in the division has a big-time name ready to hit free agency. The question is: will they get there? Or will their hometown team lock them up to a long-term deal before another NFL team can drop the bag for them?

We are about to enter our sixth season of Jadeveon Clowney in the NFL. It doesn’t seem like that long ago when he was one of the most anticipated first overall picks in NFL history. After five seasons in the league, he’s made three Pro Bowls, been named an All-Pro, and racked up 29 sacks to go with 64 TFLs. Yet, it still feels like he hasn’t fully unlocked his potential. As of now, Clowney isn’t officially under contract and will be playing the 2019 season under the franchise tag. If Clowney signs the tag, he will make $15.967 million for the season. It’s still early, but Clowney hasn’t reported to training camp. He’s holding out and who knows when it’ll end. The Texans are going to have to give him a long-term deal, or he’ll be out of Houston.

Clowney is a freak of nature. That’s part of the reason he was one of the most hyped first overall picks ever. His combination of size/length, explosiveness, and heavy hands have made him an elite run defender over the past three seasons. As a pass rusher, there still seems to be some untapped potential. Knowing that a three-time Pro Bowler hasn’t even scratched his full potential yet will have teams backing up the brinks truck for his potential. If Clowney hits the open market, it’s not unrealistic that he could end up with the biggest contract for a defensive player in NFL history.

Lucky for the Texans they’re expected to have the most cap space in 2020. At this point, it seems up in the air if they’ll sign Clowney to a long-term deal. With the cap space they have and the team on the verge of playoff success it would be silly to let him walk, or worse, allow him to potentially go to another AFC South team.

Making Clowney one of the highest-paid defenders ever is worth it to keep him with J.J. Watt. The idea of Clowney reaching his true potential next to perennial Defensive Player of the Year candidate Watt is mouthwatering. Giving him the long-term deal is worth it for what he is now, but even more worth it for what he could become in the next few years. If he hits free agency in 2020, Clowney will be one of the most sought after players of the decade and his contract will prove it.