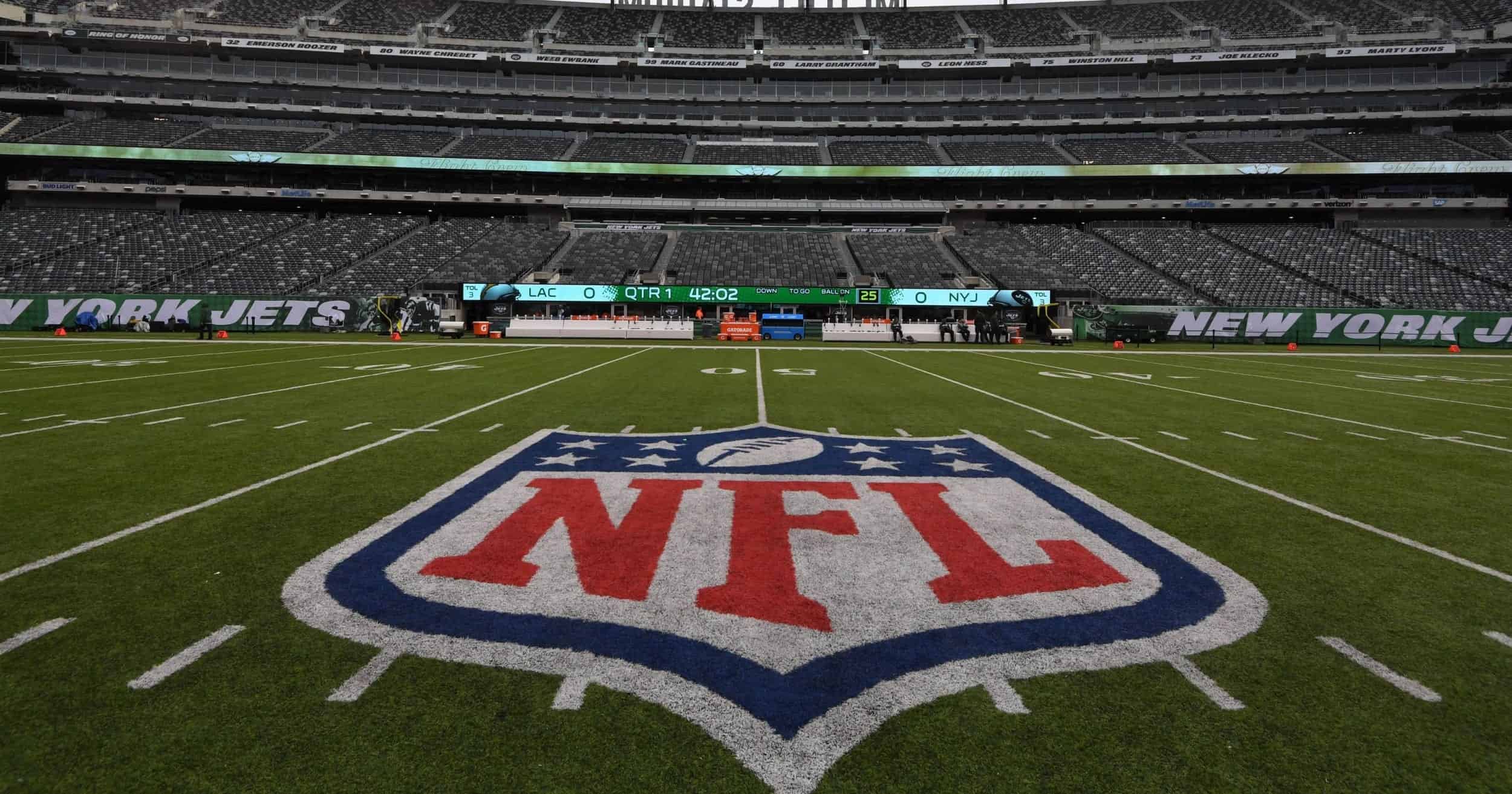 Photo Credit: USA Today
What's in this article? Click to show
The National Football League has become a year-round sport, with consistent intrigue from its regular season all the way to the NFL Draft. On Wednesday, the NFL announced its schedule for the upcoming 2019 season, and the opening week has some exciting matchups and some glaring mistakes. Which games start the season off with a bang, and which start it off with a whimper?
What the NFL got right
What the NFL got wrong
Summary

The National Football League has become a year-round sport, with consistent intrigue from its regular season all the way to the NFL Draft. On Wednesday, the NFL announced its schedule for the upcoming 2019 season, and the opening week has some exciting matchups and some glaring mistakes. Which games start the season off with a bang, and which start it off with a whimper?

The NFL’s 2019 regular season schedule was released Wednesday night, and it resulted in plenty of predictions on what each team’s record will be. But since the offseason is still in full swing, one could argue that opening week is the only one worth paying attention to. Teams can start their season off on the right foot, or see their deficiencies to improve upon.

Regardless, the schedule has a number of stud and dud games to start the year. Here’s what the NFL got right and wrong with week 1:

What the NFL got right

Opening the season with Green Bay at Chicago

Kicking the regular season off with a historic rivalry is the right way to do things. Nothing beats a primetime game between two teams with decades upon decades of accomplishment and faceoffs. Adding to the hype of this game is the direction each team is going.

The Green Bay Packers have a new head coach running the show in Matt LaFleur. Green Bay is taking a rare approach to building the roster through free agency with the signings of EDGEs Preston Smith and Za’Darius Smith, and safety Adrian Amos, formerly of Chicago. Aaron Rodgers will undoubtedly want to begin this next campaign with a big division win, too. This is especially important to shut up any haters after a groundbreaking report claimed Rodgers is a poor leader and a selfish player.

The Chicago Bears, on the other hand, are on the upswing, riding momentum from a quality season under second-year head coach Matt Nagy. Mitchell Trubisky and the offense seemed to take a step in the right direction. And a Khalil Mack-led defense is in prime position to repeat their quality play. With a good draft, they could easily compete with the Packers and make this a shootout.

Buffalo at New York early on the first Sunday

For a long time, both the Buffalo Bills and New York Jets have been bottom-of-the-barrel franchises struggling to get a stable foundation built. Now, both teams head into 2019 with promising second-year quarterbacks and retooled rosters fit for a stellar division showdown.

Buffalo, led by QB Josh Allen, has signed almost an entire offensive line worth of players to build their front. In addition, they made it a priority to improve their receiving corps by adding some veterans in Cole Beasley and John Brown. Pairing Frank Gore with LeSean McCoy adds another layer of intrigue. Their defense still has loads of talent too, despite losing the long-tenured and accomplished Kyle Williams to retirement. With a good draft, this roster can look even better.

Meanwhile, the Jets have done their share of reloading the roster. Giving their young QB Sam Darnold some help in newly acquired slot receiver Jamison Crowder was a great addition. But Le’Veon Bell is the biggest addition. Coupled with the signing of Henry Anderson and C.J. Mosley, the Jets roster added key players to help them compete better than last year. Not to mention, they will debut their new uniforms for all to see, in a very meaningful game.

This is a matchup that is particularly awesome. Two promising rosters on the cusp of achieving Super Bowl greatness, but in very different ways.

The Houston Texans finally seem to be on the rise with QB Deshaun Watson putting his game together for better consistency. Loaded at the receiver position, and no doubt intending to bolster their offensive line, the Texans offense is a threatening bunch. Defensively, however, is where they shine. J.J. Watt leads a group that’s effective at keeping opposing offenses on their toes. It remains to be seen if Jadaveon Clowney signs an extension, but Houston will no doubt add to this unit in the draft.

The New Orleans Saints continue to be an offensive powerhouse. Drew Brees has apparently found the fountain of youth, turning in consistent phenomenal seasons despite being 40 years old. What remains to be seen, however, is how their defense competes. Last season, the Saints ranked 29th against the pass but third against the run. Without a first round pick this season, much of their draft work will have to be invested in finding solid day two or three talent.

Houston going into New Orleans could be a darkhorse, high scoring game with plenty of appeal for fans, especially since it’s scheduled for 7:10 PM Monday. That earlier time will no doubt please many fans needing to be up early for work Tuesday.

What the NFL got wrong

Not putting Cleveland in primetime

Cleveland Browns general manager John Dorsey has been wheeling and dealing this offseason to create an immediate contender around his young second-year quarterback. Baker Mayfield is definitely happy about the trade for wide receiver Odell Beckham Jr from the New York Giants. And the team added veteran pass rusher Olivier Vernon, and a versatile safety in Eric Murray. From top to bottom, the team seems stacked at every position. Moreover, Mayfield set the single-season rookie passing touchdown record with 27 TDs last year, and that was without Beckham.

Considering Kareem Hunt is now on the team too, the hype in Cleveland is garnering so much attention that it is incredibly disappointing to see them start their season at 1:00 PM EST. Adding insult to injury is their opponent: the Tennessee Titans. While the Titans have limped into the playoffs and put some good games on film, their offense sputters without Marcus Mariota, who has been injured almost every year since being drafted. Trading for Ryan Tannehill, who also has an injury history, doesn’t ease concerns.

Consider this a blowout. The Browns should be debuting to a nationwide audience.

I wish I had more thumbs, so I could give this game four thumbs down. The rivalry is there, and the respective fan bases will love this to start their season. But the rest of the NFL world probably wanted to see the defending Super Bowl champion New England Patriots take on the Kansas City Chiefs in the opening week. Considering the Pats barely beat the Chiefs twice last season, including knocking them out of the playoffs in an AFC Championship game that went to overtime, a rematch would’ve been a perfect way to start primetime in 2019.

Instead, we have a yawn fest with Ben Roethlisberger against Tom Brady. Even more, its a game featuring a Pittsburgh Steelers roster without the always entertaining Antonio Brown, and Patriots roster without Rob Gronkowski.

Another snooze fest. I understand the rivalry component of this and the fact that west coast time is taken into consideration. But Denver? I’m beyond excited to see a Mike Mayock and Jon Gruden-led Oakland Raiders team, especially after their host of moves this offseason. Adding Antonio Brown, Trent Brown, Lamarcus Joyner, and their incoming three first round picks makes them a really interesting team to watch.

But the Denver Broncos? They are on the opposite end of the spectrum. Broncos GM Jon Elway has fumbled building this team every year since winning a Super Bowl and Peyton Manning retired. Again, they head into a season with question marks at QB, even after trading for Joe Flacco. While their defense remains well-rounded, it seems like a letdown to put an exciting Raiders team against a division rival that doesn’t boast the same level of anticipation on its season. Opening against the Los Angeles Chargers, for example, would have maintained the west coast time zone appeal, the division rival appeal, and pitted a rising team against an established one.

The season’s start should always be full of energy and fascination, so the best thing is setting up games that make fans want to watch teams they don’t even root for. Despite the suggestions, there are some awesome matchups that give promise for seriously entertaining games. Ultimately, another season of football means taking whatever schedule is constructed and enjoying yet another season of NFL amazingness.