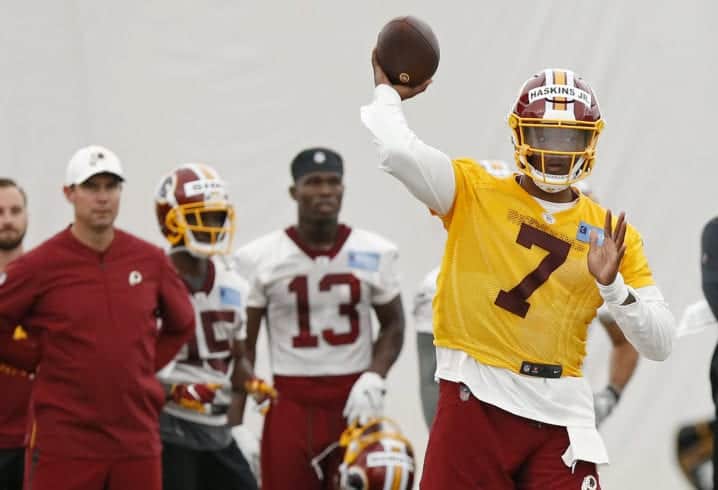 A rookie quarterback’s first season in the NFL usually goes one or two ways, and it is what they have in their arsenals that separate them from others.

Naturally hoping to succeed, a young signal-caller could go from unknown to future Pro Bowler overnight. More often than not, rookies struggle to adjust to NFL schemes, reading coverages and flop early, leading to questions down the line.

The Houston Texans and Cleveland Browns struck gold in excellent performances from Deshaun Watson and Baker Mayfield. The Denver Broncos realized they were in trouble after just six appearances with Paxton Lynch. The verdict is still out there for other young guns as they adjust into their second season under center.

It’s not always the case, but a strong supporting cast can be beneficial to any rookie quarterback. Being able to rely on the run game or having a sure-fire pass catcher to trust can go a long way. Look at Jared Goff or Mitchell Trubisky‘s transformation following the team’s productive offseasons. Both playoff teams last year because of their “pure” talent? Sure, we’ll go with that.

Some rookies will have time to learn the playbook and adjust to pro football life. Others are thrust into the fire with the only safety net being the fact they’re considered the franchise starter. A capable arsenal can take a rookie from struggling to surprising in a matter of snaps. It also can have fans questioning the moves of the organization.

There’s a chance we see six rookies take a snap this season and perhaps become the future under center. Their success could be based on their talents. More often than not, it’s due to those surrounding them.

Let’s break down each rookie’s offensive weapons and how they fare early on.