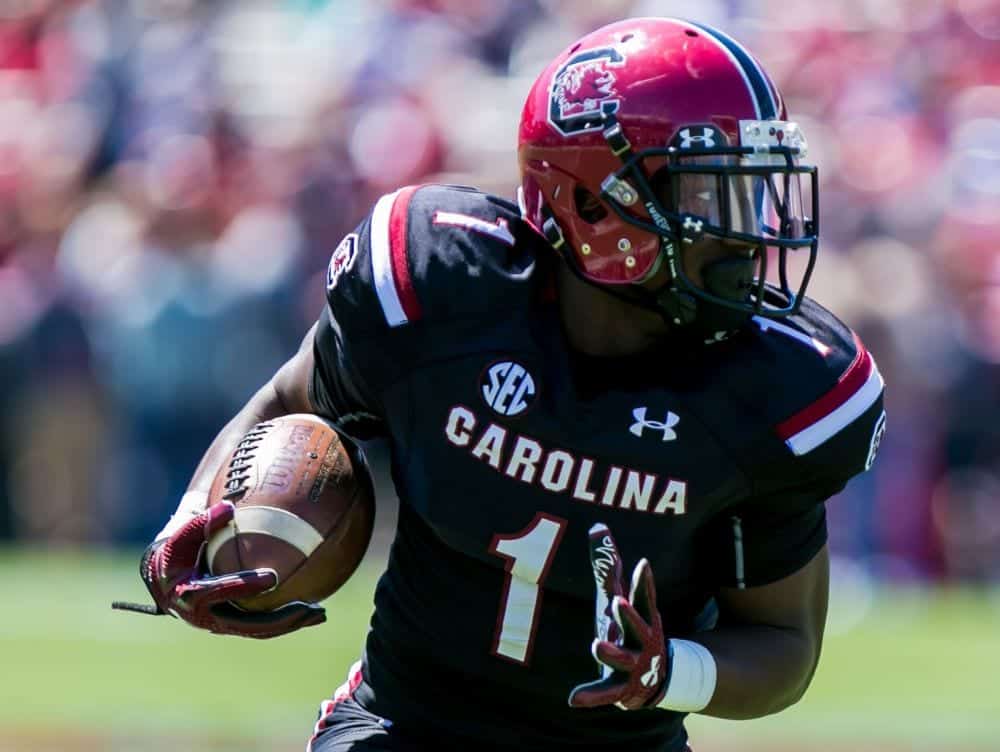 Photo Credit: USA Today
What's in this article? Click to show
With the fourth pick in the second round of the 2019 NFL Draft, the San Francisco 49ers selected wide receiver Deebo Samuel from the University of South Carolina.
Strengths
Weaknesses
How will Samuel help the 49ers?

With the fourth pick in the second round of the 2019 NFL Draft, the San Francisco 49ers selected wide receiver Deebo Samuel from the University of South Carolina.

The 2019 NFL Draft was a place for Deebo Samuel to prove his worth. Samuel entered the 2018 season with a lot to prove after a broken leg kept him out of 2017. Can he be drafted higher than last year’s Hayden Hurst?

Slight frame at 5’11 214 lbs. Suffered a broken leg in 2017. Run blocking is inconsistent and needs more work on technique. Frame will limit his catch radius somewhat. Speed diminishes the further down the field he goes but still remains above average.

How will Samuel help the 49ers?

Deebo Samuel provides an explosive playmaker to an NFL team. His combo of elite explosiveness and dynamic elusiveness is rare and enticing. Once he adjusts to the NFL level, Deebo Samuel will become a boost to any NFL passing offense. He’s a highlight-reel player waiting to happen.

Samuel was one of the first few wide receivers taken off the board. He will work with quarterback Jimmy Garapollo in San Francisco. With a creative head coach in Kyle Shanahan who loves shifty wide receivers, he should excel. Samuel will have to make sure he bulks up but should be a great player for the 49ers.

In this article:Deebo Samuel, Featured, featured