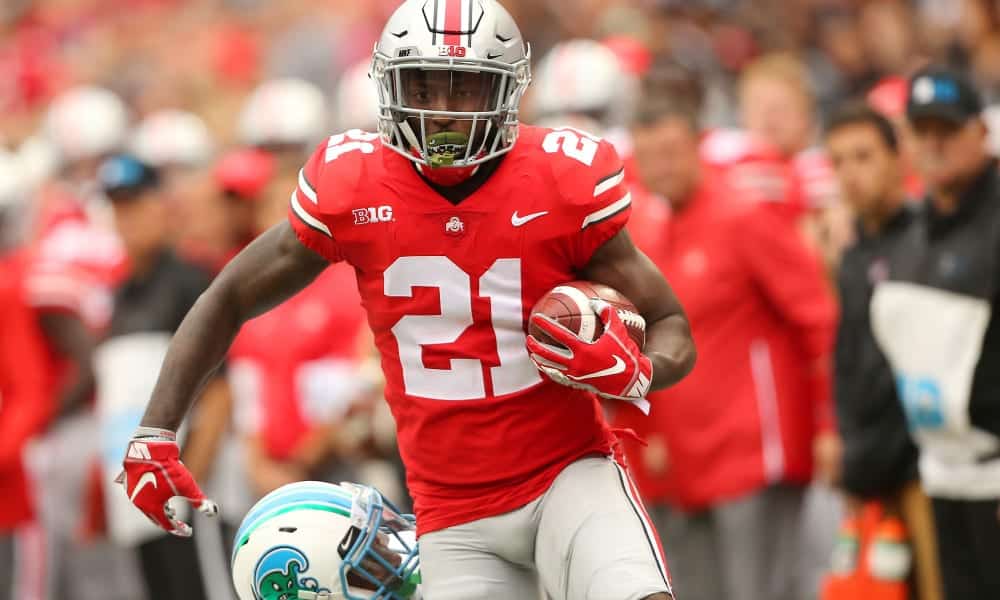 Photo Credit: Joe Maiorana-USA TODAY
What's in this article? Click to show
With the 59th pick in the second round of the 2019 NFL Draft, the Indianapolis Colts selected Parris Campbell from Ohio State University.
Strengths
Weaknesses
Overall

With the 59th pick in the second round of the 2019 NFL Draft, the Indianapolis Colts selected Parris Campbell from Ohio State University.

Heading into the 2019 NFL Draft, WR Parris Campbell had a first-round buzz. That is after he ran a blazing 4.33 40-yard dash at the NFL Combine. However, he was selected in the second round of the draft by the Indianapolis Colts. Can he join the long list of Buckeye stars at the next level?

Campbell has very good speed and is a lightning-fast player. His quickness in the open field will allow him to make yards after the catch. Campbell has a good change of direction to make defenders miss. Adding to that, he has very good acceleration and burst. With Campbell’s nice release off the line of scrimmage, it allows him to have some good, quick breaks in his routes to separate.

Campbell is not an elite route-runner as he ran a very small number of routes in college. Therefore, he will need further refinement at the next level. Campbell is a not a natural catcher as he lets the ball come into his body too often. His downfield ability is a question since he mainly caught the ball underneath and turned upfield. One of the biggest knocks is that Campbell loses concentration tracking the ball.

Parris Campbell is a dynamic gadget-style player with his speed and quickness. The rest of his overall game will need work for him to become anything more, but Campbell can instantly become a playmaker at the next level.

With this selection in the 2019 NFL Draft, Campbell gives Andrew Luck and the Colts offense some explosion they desperately need. Having Luck as his quarterback will of course help, and it’s going to be fun to watch HC Frank Reich and the rest of his staff develop Campbell over the next several years.