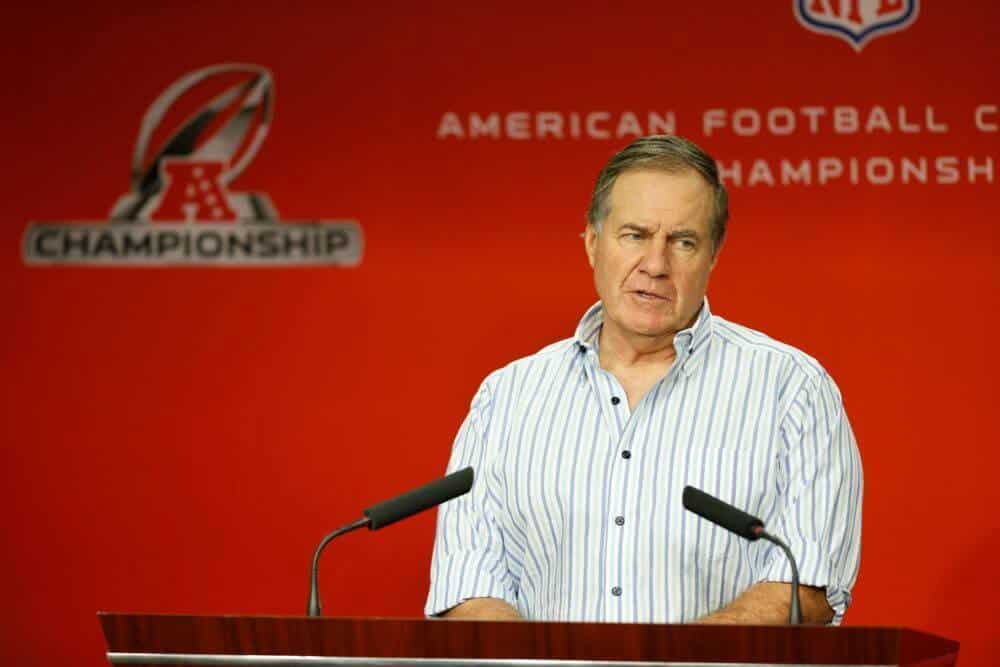 Photo Credit: USA Today
What's in this article? Click to show
After their debut last week, hosts Kai’Chien Chisholm and Eric Wiedeke are back again with the Rising in the East podcast. This week, they go through each draft class for the AFC East with a focus on the New England Patriots and finish with a Josh Rosen rant.
Miami Dolphins
Questions to think about during the show
New to the show?
Follow our other podcasts and hosts on PFN

After their debut last week, hosts Kai’Chien Chisholm and Eric Wiedeke are back again with the Rising in the East podcast. This week, they go through each draft class for the AFC East with a focus on the New England Patriots and finish with a Josh Rosen rant.

Every year the NFL media crowns the New England Patriots as the winners of the AFC East. This year is no different. The Patriots had great picks and a slam dunk third round. The pick that has been addressed the most from that third round is Michigan defensive end Chase Winovich. Winovich has been praised by most as the ultimate Patriot player. During the podcast, Kai’ agrees with all of that. Kai’ continues the trend of detailing why he thinks Winovich will be the ultimate Patriot player. While talking about Winovich, Kai’ and Eric mention how they believe Winovich will be the player to disrupt the AFC East before eventually signing a sweet deal somewhere else.

The Miami Dolphins have had a pretty dormant offseason. Something different from what their fans expect from the team. No big free agency signings, no splashy trades, and no surprise cuts. The only trade they’ve conducted that has been close to splashy was trading for QB Josh Rosen. Besides that, it’s been a very quiet offseason. The Dolphins struck big with their first-round selection of Clemson’s Christian Wilkins. Wilkins will be the ultimate culture guy for the new look Dolphins. It will take more than that to convince the NFL that the Dolphins are a new team. Things like this have been attempted before by the Dolphins organization. Wilkins and Rosen will be critical players for the latest culture change. Wins will matter the most at the end of the day.

Will the New England Patriots continue their draft dominance with their class from this season? Are the Miami Dolphins going through an actual culture change? Or is it another publicity stunt?