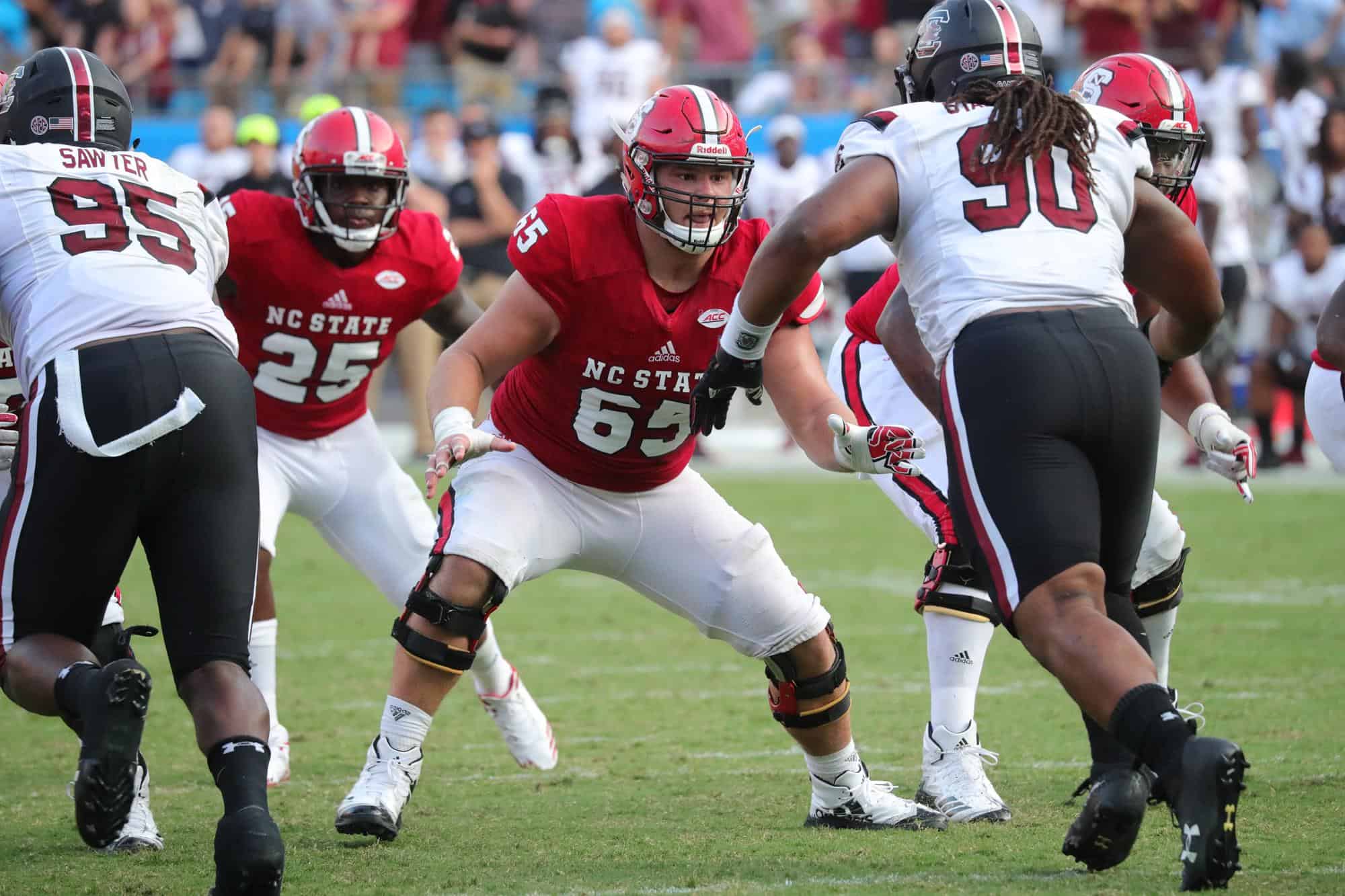 Photo Credit: USA Today
What's in this article? Click to show
With the 18th pick in the first round of the 2019 NFL Draft, the Minnesota Vikings selected center Garrett Bradbury from NC State.
Strengths
Weaknesses
How is Bradbury going to help the Vikings?

With the 18th pick in the first round of the 2019 NFL Draft, the Minnesota Vikings selected center Garrett Bradbury from NC State.

Centers are vital to the success of the offensive line in the NFL. Typically the center has to make a wide range of blocks, while also calling out blitzes and the “mike” (middle linebacker) pre-snap. Garrett Bradbury is the best center in the 2019 NFL Draft.

One of the more athletic linemen in this draft, Bradbury possesses smooth hips and the ability to reach the second level. He shows his athleticism with his ability to pull and clear running lanes. Getting in front of linebackers and creating running lanes is something that seems to come naturally for him. When he fires out of his stance, he is typically low and has a strong power stance to keep defenders from driving him back. Footwork is another one of his strong suits, as he moves well re-directing traffic. Hand strength is well above average, giving him the ability to stay with blocks as long as he hits his targets.

While he has strong hands, he can miss his target, which allows defenders to get their hands on him. His inconsistency in posture on his blocks can be a problem. Defenders can toss him to the side and beat him with ease when he leans in. His overall technique needs developing to improve his drive blocking and second level blocking.

How is Bradbury going to help the Vikings?

The biggest flaws in Bradbury’s game is technique, meaning he will need coaching and development to improve at the next level. However, not many offensive linemen enter the NFL with lean muscle mass and smooth athletic ability as him. With a little fine-tuning, Bradbury can be an All-Pro center in any system