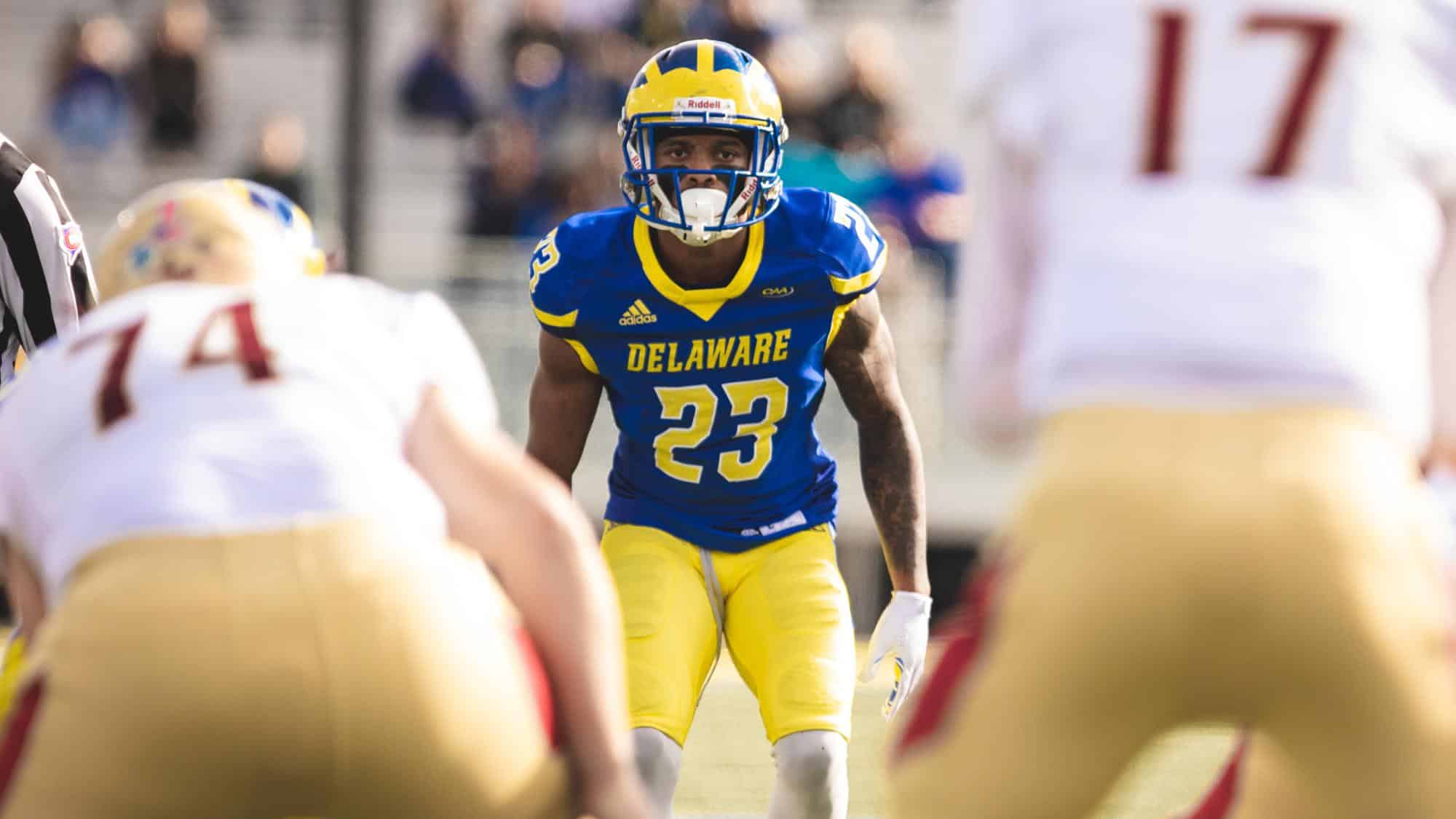 Photo Credit: USA Today
What's in this article? Click to show
With the 60th pick in the second round of the 2019 NFL Draft, the Los Angeles Chargers selected safety Nasir Adderley from Delaware.
Strengths
Weaknesses
How will Adderly help the Chargers?

With the 60th pick in the second round of the 2019 NFL Draft, the Los Angeles Chargers selected safety Nasir Adderley from Delaware.

The 2019 NFL Draft is moving along on day 2 and the next pick off the board is Nasir Adderley from Delaware. Having a free safety that can play “center field” really takes the pressure off of a defense’s cornerbacks. Safeties with closing speed and range are not always easy to find, however, Adderley s one of those safeties.

Adderley has the closing speed that allows him to make plays all over the field. Time and time again, his film shows him flying across the field and making a play on the ball, making it difficult for opposing quarterbacks to get throw away from him. His smooth backpedal and ability to flip his hips allow him to get over the top of the receiver in a hurry. When he recognizes the play, he is quick to engage in the direction of the ball.

His play has been as inconsistent as they come. One week he pops off the tape and the next he gets thrown at all game. Play action and double moves give him fits, as he tends to attack. Though he will give the effort, he is not a sure tackler and requires improvement in the area. The film room will be his biggest asset in understanding how differences offenses will attack him.

How will Adderly help the Chargers?

Adderley has all of the tools to be a playmaker at the safety position, with a little work. His speed and quick reactions cannot be taught. Unlike most long defensive backs, Adderley displays smooth hips and smooth backpedal. Those kinds of things cannot be taught. He can be taught when it is okay to be aggressive and when he needs to slow down. With proper coaching, he can learn to be a better tackler. Immediately, he is a big play waiting to happen in the defensive back seven.

In this article:Featured, featured, Nassir Adderley