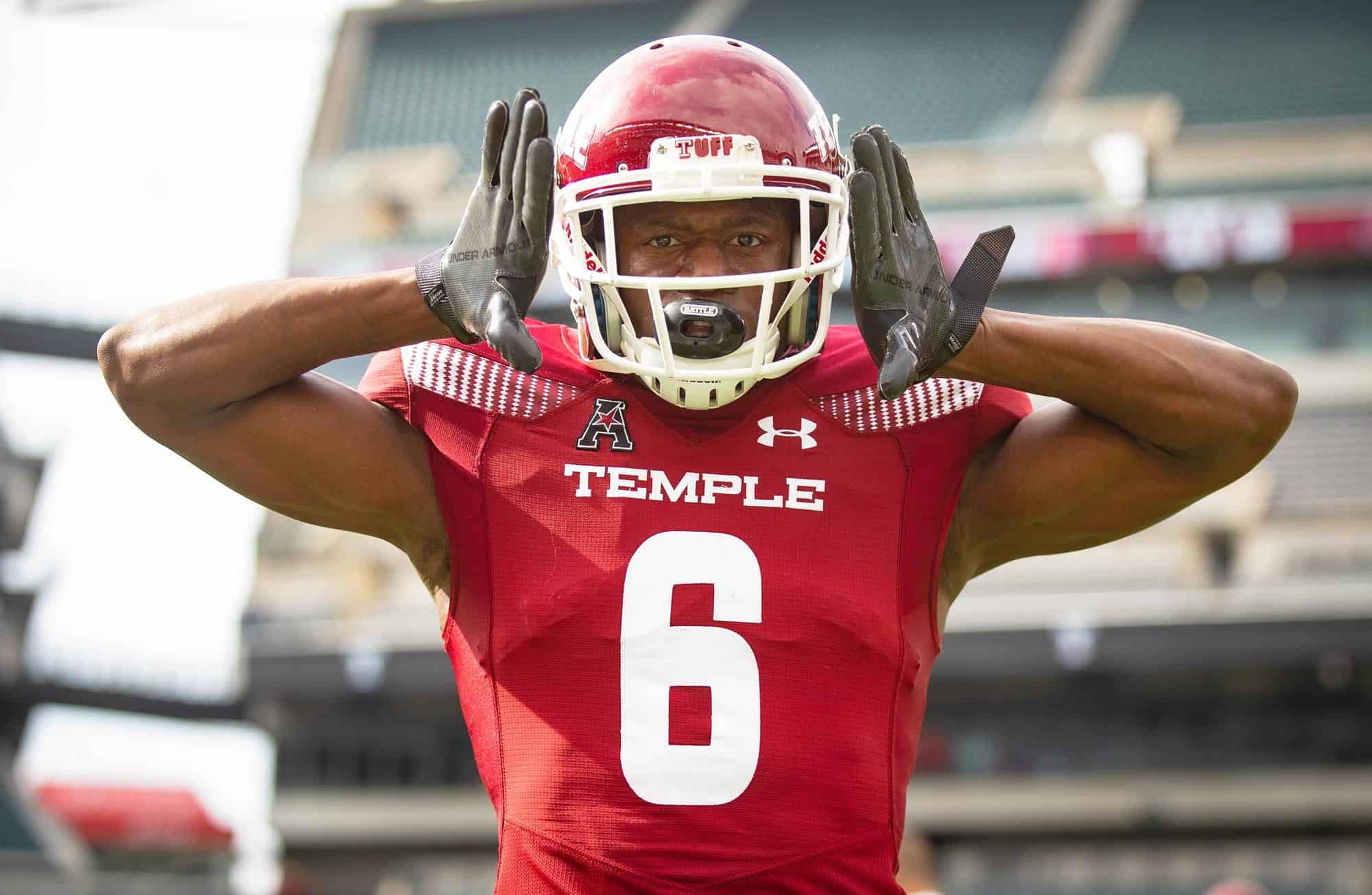 Photo Caption: USA Today
What's in this article? Click to show
With the second pick in the second round of the 2019 NFL Draft, the Indianapolis Colts selected cornerback Rock Ya-Sin from Temple University.
Strengths
Weaknesses
How will Ya-Sin help the Colts?

With the second pick in the second round of the 2019 NFL Draft, the Indianapolis Colts selected cornerback Rock Ya-Sin from Temple University.

The 2019 NFL Draft continues. Originally a Presbyterian College cornerback at the FCS level, Ya-Sin transferred to Temple when his former program moved down to Division II athletics. Since then he’s burst onto the scene with stellar performances and noted physical play. Standing at 6’2”, 192 lbs, he’s a physical specimen for a cornerback. Ya-Sin is also a former champion wrestler, explaining his rugged demeanor on the outside.

Rock Ya-Sin is a chiseled cornerback that plays very physical ball. His length serves as a major asset to complement is stature and play strength. He is very fluid in his backpedal and lateral movements. In addition, he’s a natural at mirroring and has potential to be a top man coverage cornerback.

Ya-Sin plays intelligently and patiently. He sticks to his receiver well and pursues passes in reaction with a good burst. His strength is evident in press coverage and his aggressiveness against the run. His stick-and drive is exceptional. Ya-Sin has the ideal instincts for the cornerback position.

Ya-Sin has very limited time against the upper-level competition. His experience at the FBS level with Temple University was only this past season. Despite being the physical marvel he is, Ya-Sin will need to polish his overall technique. His backpedal, while smooth, could be improved to maximize his burst and agility. He also lacks the overall speed to play catch up and pursue deep routes.

Ya-Sin’s game is predicated heavily on good coaching and development. He literally has all the traits and tools to be a great cornerback.

How will Ya-Sin help the Colts?

Ya-Sin would ideally serve a team as a press or off-man cornerback but has potential to be a zone player. His physical traits and aggressiveness are exceptional. He should ideally be involved in nickel and dime packages very early to get his feet wet. Also, he should be a special teams player immediately, as his hot motor could make a difference. Ya-Sin should get reps early on the boundary in given the chance, as long as his technique work continues. He has the potential to be a solid starting cornerback.