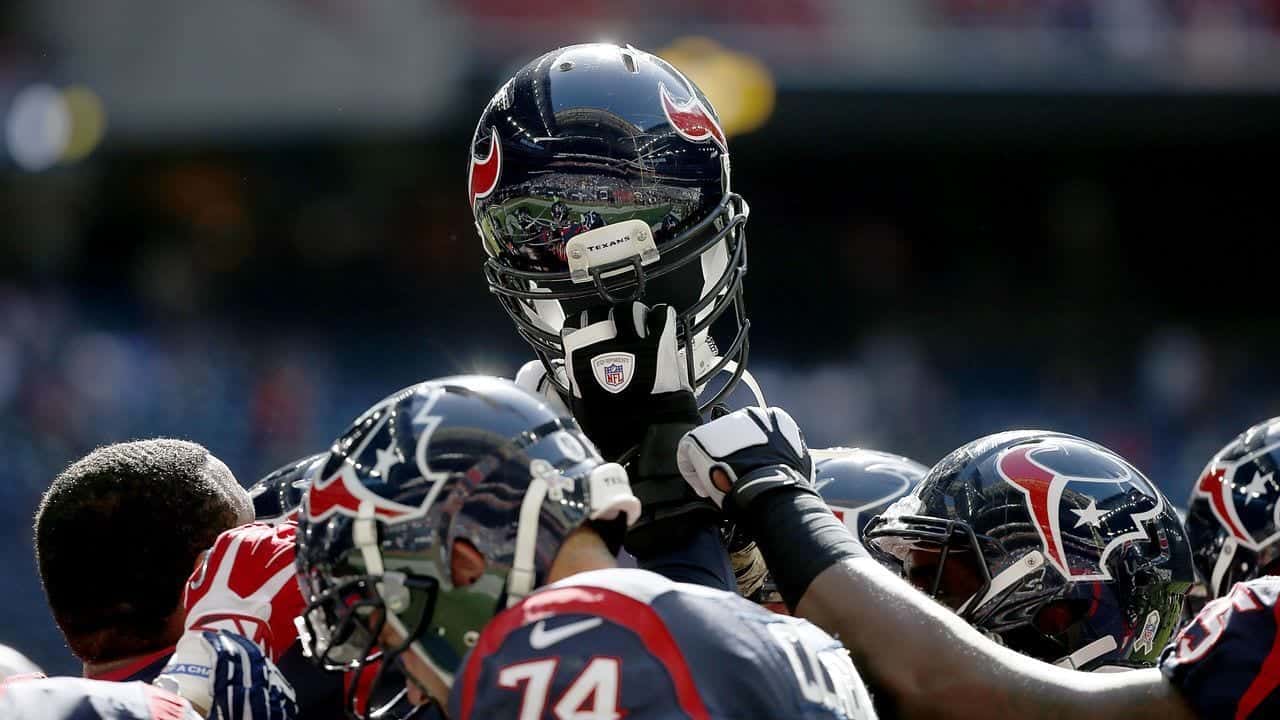 Photo Credit: Scott Halleran/Getty Images
What's in this article? Click to show
The Houston Texans must build around Deshaun Watson as he enters his prime. It starts up front with the offensive line, who surrendered an NFL-worst 62 sacks last season.
Offensive Line
Cornerback
Defensive Line
Edge Rusher
Running Back

The Houston Texans must build around Deshaun Watson as he enters his prime. It starts up front with the offensive line, who surrendered an NFL-worst 62 sacks last season.

The Texans have a first-round pick in the 2019 NFL Draft after spending their 2018 first-round pick to trade up to select Deshaun Watson in 2017. As he enters his prime with a couple of seasons under his belt, the Texans simply need to build a better supporting cast around their franchise quarterback.

After having to wait until pick 68 to make their first selection in 2018, Houston lacked the flexibility to make a major splash. However, they came away with a few impactful players. Now it’s a new year, and they have an even better deck at their disposal with three picks in the top 55. What do they need to address in order to take the next step?

After giving up 62 sacks, it is no surprise the Texans need to build their offensive line. Looking at their line, they need to upgrade at least two positions. Nick Martin has been sturdily manning the center position since being drafted in the 2nd round back in 2016. He’s the only player you can point at along the line who’s an above average NFL starter. The Texans desperately need to upgrade at tackle.

After a fairly conservative approach to free agency again this year, the team did manage to bring in Matt Kalil on a one-year deal. Hopefully, that’s not all they do. Kalil missed all of last season and has been among the worst starting offensive tackles in previous seasons. The other projected starter at this point would be Julie’n Davenport. While still young with some upside, Davenport was one of four offensive linemen in the league last season to give up at least 10 sacks. Martinas Rankin is another young lineman, but after a rocky rookie season, he’s probably best served for a transition to the interior, where he has plenty of experience from college.

Last season the Texans finished top 5 in passing yards per attempt. Imagine what they would be capable of if Watson had better protection and more time to operate inside the pocket. The offensive line was the obvious Achilles’ heel of the team last year and was even detrimental to their success at times. The Texans have only drafted an offensive lineman in the first round once (kudos if you guess who in the comments), but there’s a strong chance that will change in late April.

Looking at the Texans’ defense, it’s a solid unit with no glaring blemishes. However, the secondary endured quite the overhaul this offseason. The departures of Kareem Jackson, Kevin Johnson and Tyrann Mathieu were countered with additions of Tashaun Gipson and Bradley Roby. The latter signed to a one-year deal.

At this time next year, Houston could be without two of their top corners in Roby and the aging Johnathan Joseph. Even with these players on the roster, a youthful corner with potential is something they desperately need. Last season, the Texans gave up the most explosive pass plays in the AFC South, providing further proof that it’s a unit that needs to get stronger.

As unglamorous as their starters look on paper, they are even thinner when you look at their depth. In a league running on nickel or dime packages, that obviously affects the importance of the cornerback position. Looking ahead to the 2019 season, this is a position I could see hurting the Houston Texans. However, there is still plenty of offseason to go and I wouldn’t be surprised if they double-dipped at corner in the draft.

The Texans have enjoyed one of the game’s most dominant defensive linemen over the past eight years. J.J. Watt started all sixteen games last season for the first time since 2015. His injury history is well documented but now we have to start talking about his age. Watt just turned 30, and while he hasn’t shown any signs of decline, he could be one more major injury away from retirement. Of course, that’s the worst-case scenario, but how many years does he have left at the top of his game?

With that in mind, the Texans also need to add another starter along the defensive line. D.J. Reader is blossoming into a strong player alongside Watt, but they need to round out their front with more depth in the rotation. Christian Covington heads to Dallas in free agency after serving as a good role player for the Texans. The 2019 class boasts supreme defensive line talent.

Like Watt, Whitney Mercilus is starting to age while maintaining a high level of play. Still, as emphasized in this piece, you always need to look towards the future. Furthermore, you have to wonder if Jadeveon Clowney will return next season after being franchise tagged. Until he re-signs, you have to expect the worst. Regardless, you can never have too many pass rushers.

This is yet another position hungry for depth. Aside from Mercilus and Clowney, the Texans don’t have a guy who can really get to the quarterback. They selected Duke Ejiofor in the 6th round last year but his impact remains unclear. It wouldn’t surprise me in the slightest if they invested a higher pick in an edge rusher this year with Clowney’s future in Houston up in the air.

As a whole, the 2019 running back class has mainly received sour reviews. It’s not the deepest class and it lacks a stud like Saquon Barkley at the top. Thus, it should be interesting to see how Houston attacks the position on draft day, if at all. Lamar Miller remains a productive back but his contract expires following the upcoming season. They spent a third-round pick back in 2017 on D’Onta Foreman, but he’s struggled to stay on the field.

With Alfred Blue not retained, the Texans need a third back in their rotation. With the evolution of the pass-catching back in today’s game, the Texans should target a back with that prowess. However, the 2020 class is primed to feature an array of studs and skillsets, so they could wait. Still, it wouldn’t hurt to draft one.