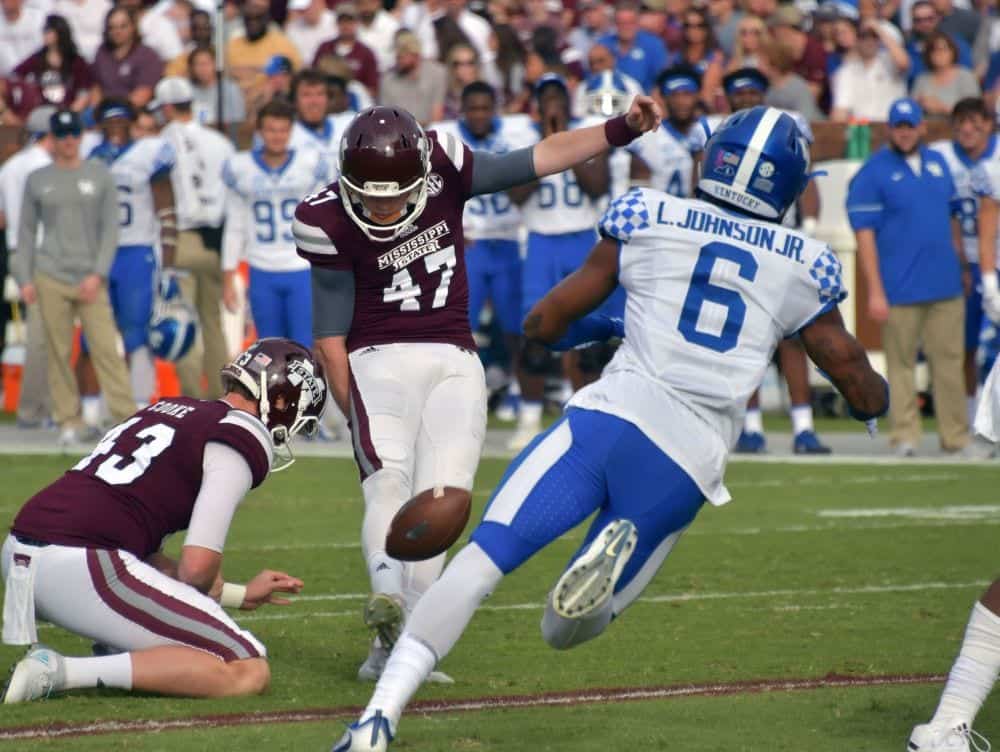 Brian Gaine addressed areas of need for the Houston Texans in the 2019 NFL Draft. How did the Texans grade out?

Entering the 2019 NFL Draft, there was tons of uncertainty hovering around the Houston Texans organization. The priority, of course, was to improve the offensive line for Deshaun Watson. While Gaine addressed that twice in consecutive rounds to start the draft, I’m not overly impressed with the haul. Then there was cornerback. As expected, Gaine addressed that with one of the two second round picks. With all the corners on the board in the second, it would’ve been nice to see him come away with a more impactful player. However, I was pleased that he double-dipped at the biggest positions of need.

My grades may seem harsh, but I’m giving the benefit of the doubt to Gaine, for now. I’m already looking forward to next year’s draft so we can see how he operates with a full year under his belt as GM. The beauty of the NFL Draft is you never know how these players will turn out no matter how bad the pick may seem.

Senior Bowl Tytus Howard rep — this is what happens when he wins the hand game. Stonewalls North rusher and you get the sense he could have protected another five seconds as well. pic.twitter.com/yzanGz84n6

After a shaky free agency period, Brian Gaine didn’t redeem himself on the opening night of the 2019 NFL Draft. We all knew the pick would be an offensive tackle, but none of us could’ve predicted it would be Tytus Howard. Granted, I like Howard as a prospect, but there was much better value to be had at tackle.

With Jawaan Taylor, Cody Ford and even Dalton Risner on the board, Houston’s pick of the crop was surprising. Howard was the only non-FBS player selected in the first-round and the first HBCU product drafted in the first since Dominique Rodgers-Cromartie in 2008.

I’m not one to place excessive stock into level of competition. We saw just last year Darius Leonard represent an HBCU en route to being named Defensive Player of the Year. However, there is a steep learning curve between offensive tackle and linebacker. While Howard held his own at the Senior Bowl, he lacks the experience playing against top tier pass rushers on a consistent basis. More of a project, Howard is the type of player you’d expect to be taken on day two.

Howard enjoyed his fair amount of highs on tape, although there were some concerning reps sprinkled in. He did a lot to help himself this offseason with a solid showing in Mobile and an overall impressive Combine, albeit an abysmal three-cone time. This is a selection you would feel a lot more comfortable with had it been 20 picks later. Howard will likely suffer a rocky rookie season, but he has all the things you look for to develop into a starting caliber tackle.

Deebo Samuel and Lonnie Johnson went at it multiple times today. Samuel mostly got the best of him, but I do like Johnson’s physicality, length and competitive spirit. #SeniorBowl pic.twitter.com/bEckShhloB

Another unfinished product, the Houston Texans chase upside in an attempt to fill a need. Lonnie Johnson is a solid pick here as corners began to fly off the board in the early stage of the second round. He’s your traditional long corner who brings elite size and length to the table.

Landing in an ideal situation, Johnson will likely enter the season as Houston’s CB4 and undergo the tutelage of longtime veteran Johnathan Joseph. Johnson plays with no shortage of confidence and was one of those feisty players who filled out Kentucky’s ferocious defense this past season. Like Howard, Johnson enjoyed an impressive Senior Bowl and built on that momentum with his testing numbers.

While I love the length he offers on the outside, Johnson has a long way to come. He’s still raw in man coverage and routinely struggles to stay hip-to-hip with the opposing receiver. The press coverage skills are non-existent and require major grooming. He’s going to need to learn how to use his length to his advantage before he becomes a reliable piece in the secondary.

I respect Gaine’s efforts to address the offensive line as it’s been bypassed in recent years. With that being said, both picks spent on tackles don’t feel as if they were optimized. Max Scharping was a guy many thought would go on day three. With poor foot speed around the arch and substandard arm length, he doesn’t possess the profile of an NFL tackle.

A move inside is probably best served for Scharping and you can use that tackle versatility when needed. He wasn’t always the most flashy at Northern Illinois but he was efficient and got the job done; ending the season as PFF’s 8th graded draft-eligible tackle. A reliable piece on the offensive line who started all 53 games over four seasons with the Huskies.

Nothing between his tape or measurables suggest a high ceiling for Scharping. However, the Texans need to solidify the offensive line and assemble players who are going to be able to provide depth. Scharping brings a decently high floor and could carve out a solid career as a spot starter/depth piece.

Yet another high upside pick for the Texans. This seems like another wasted opportunity for Houston as they double-dipped on tight ends just last year. I’m all about drafting upside, especially in the later stages of the draft, but at some point, you have to bring in players who can contribute from day one.

I love the upside and even the value is solid in the third. However, it’s another example of the Texans failing to maximize their resources. There’s a logjam at tight end and this pick could’ve been utilized at a position of need. It’s uncertain how soon Warring sees consistent reps. This could be another player who doesn’t make a legitimate year one impact. However, the payoff could be huge in the long-run.

Texas DL Charles Omenihu (#90) – Loves this frog stance.. very hard for OL to reach, just too quick. Allows him to make plays down the line away from him – pic.twitter.com/ALMM1Pymcx

In my final 7-round Houston Texans mock draft, I had Charles Omenihu slated to Houston in the second round. Selecting him towards the end of the fifth is an absolute steal. Not only did they get tremendous value, but the Texans add a guy who is ready to step right in and make an impact along that defensive line.

Unlike the previous picks, Omenihu is a polished product and it wouldn’t surprise me if he carves out a starting role at some point during his rookie campaign. The former Longhorn carries elite length up front and brings a well-balanced skill set. Omenihu brings much-needed versatility to Houston’s front and has experience manning the 3-tech all the way out to wide 9 from his days at Texas. Omenihu flashed as a penetrator rushing the passer and stout ability as a run stopper. He gets off the snap in a hurry and used his length to his advantage on a consistent basis. I’m not sure why he fell so far, but that’s to Houston’s delight.

Xavier Crawford allowed just 0.53 yards per snap in coverage last season – and he’s one of two Central Michigan cornerbacks in our top 15 CBs for the 2019 NFL Drafthttps://t.co/Zs8SD1VOgJ pic.twitter.com/ki6S1GwB8X

It was a foregone conclusion the Texans would double-dip at cornerback, as they did on the offensive line. Xavier Crawford was an unknown entering the draft, but now he finds himself in a position to battle for a depth spot. After transferring from Oregon State, Crawford was named First Team All-MAC in his lone season with the Chippewas.

At Central Michigan, Crawford was mainly deployed in off coverage, although he improved his press technique as the season went on. He only intercepted two passes during his college career, but I like his ball skills as he compiled 12 passes defended last year and showed off some range. Still a raw prospect, at this point he’s best served to guard vertical routes as he proved the ability to stay hip-to-hip with the opposing receiver working upfield.

It’s hard to be upset with picks this late in the draft, especially when they fill needs. With his profile, I’d like to see the Texans move Crawford around and dabble with him at safety and even as a slot corner. Regardless, he’s likely a practice squad player in year one. However, I like his potential to develop into a depth piece with some versatility if he can further develop.

CULLEN GILLASPIA SCORES HIS FIRST CAREER TOUCHDOWN IN HIS LAST GAME AT TEXAS A&M! WHAT A MOMENT pic.twitter.com/zJl792sQ3S

A fullback?! Before you get too upset with this pick, Cullen Gillaspia served as the 12th man for the Aggies in each and every game during the past three seasons. The former linebacker was a special teams ace and left it all out on the field every Saturday. He’s the type of player who doesn’t make the biggest impact, but plays a role and thrives in it.

Gillaspia can easily become a fan favorite in Houston with his heart and non-stop motor. Not a flashy pick by any means. However, if he fills a role on special teams, the Texans could see more impact from their seventh round pick than most teams.