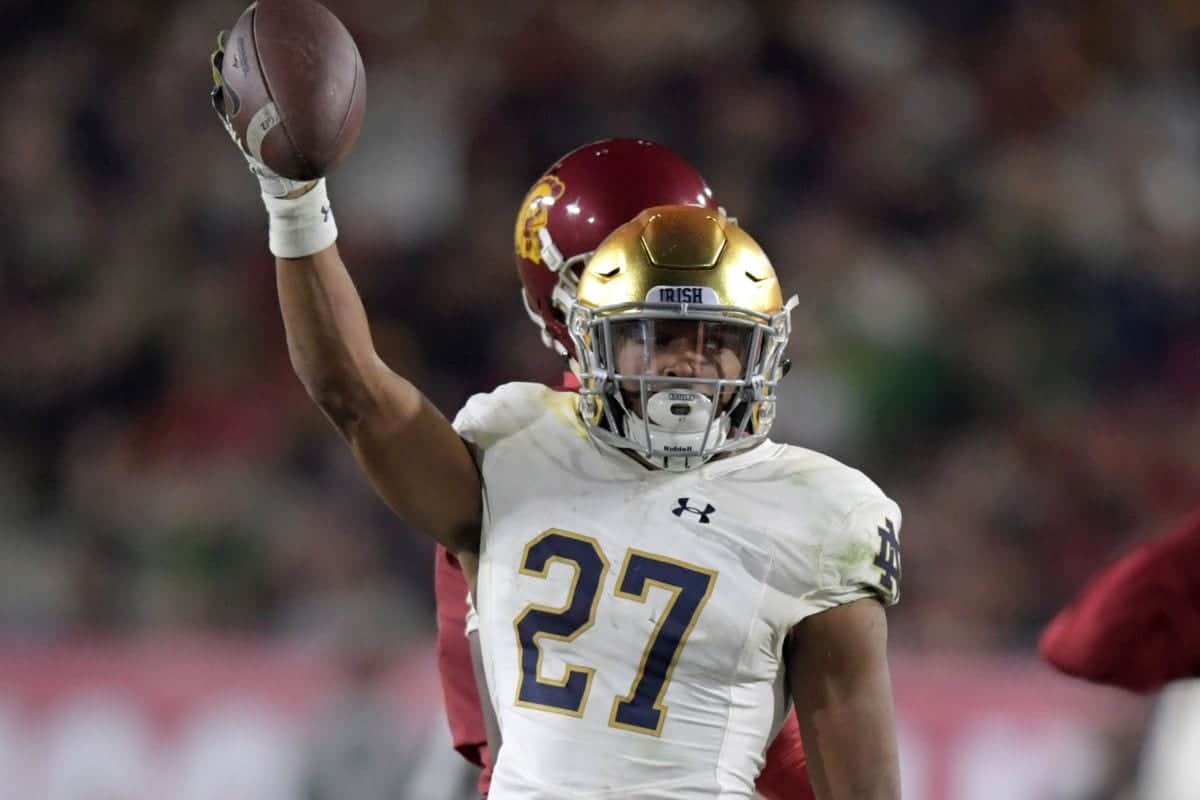 The Houston Texans need to draft well in the 2019 NFL Draft. How will Brian Gaine attack his first draft as general manager?

I’m immensely fascinated with Brian Gaine’s approach in the 2019 NFL Draft. Bottom line, something must be done about that offensive line. As I’ve exaggerated in my weekly pieces on the Texans, this very well could be the unit that holds this team back next season, and everyone knows it. Gaine must add some beef up front and protect Deshaun Watson at all costs. While doing so, you have to add depth to the roster and shore up the foundation of this team. Easier said than done.

Using the Mock Draft Generator from The Draft Network, I put together what I thought was a realistic mock draft for the Houston Texans. Keep in mind, this will be the first draft for Gaine, so it’s even more difficult to gauge these picks without any prior trends. I based these picks on an array of information including pre-draft visits (players/positions), and team needs.

With that being said, I present to you my 7-round Houston Texans mock draft. I would love to hear your thoughts in the comments. What would you have done differently?

Enjoy the draft this week folks, the most wonderful time of the year!

Cody Ford’s feet are ??…and he’s listed 346 pounds! This is dominance pic.twitter.com/hmfpClu1YQ

Regardless of what happens in this year’s draft for the Texans, the priority has to be the offensive line. Cody Ford’s draft stock has been on the descent since an underwhelming NFL Combine. On film, Ford was arguably the best offensive tackle prospect throughout the season. He showed surprisingly crisp pass sets and was a mauler defending the edge.

In desperate need of a tone-setter up front, Ford brings the physicality and asserts himself as a dominant force. Protecting Deshaun Watson is what can really elevate this team to the next level. After giving up the most sacks in the NFL, the Texans need to keep the hopes of their franchise upright and injury free. Ford helps that issue significantly from day one.

Perhaps the most intellectual of any corner in the draft, Julian Love is a plug and play who provides stability for the next half-decade. Along with his smarts, Love proved his ability to break up passes at the catch point with an astounding 39 passes defended over his three seasons at Notre Dame.

The Texans have expressed great interest at the cornerback position based on their pre-draft visits. Some even think they’ll address that need so high as the first round. No matter what they should address the offensive line in the first. However, that doesn’t mean they can’t get themselves a quality corner in the second round.

Texas DL Charles Omenihu (#90) – Loves this frog stance.. very hard for OL to reach, just too quick. Allows him to make plays down the line away from him – pic.twitter.com/ALMM1Pymcx

Not only do the Texans have a void on the defensive line, but they also lack depth. Charles Omenihu stays in Texas to join J.J. Watt and D.J. Reader on what would be even more fearsome unit. While Omenihu has garnered his fair share of buzz throughout the draft process, I’m surprised I haven’t seen him mentioned more (Shoutout @RussNFLDraft). The Big 12’s Defensive Linemen of the Year possesses elite length along the defensive line. MockDraftable has his arm length and wingspan each in the 98th percentile.

Along with his rare length, Omenihu is a complete, scheme versatile player. He’s shown splashes as both a penetrating pass rusher and stout run defender. With his production, skillset, and size, Omenihu very well could be off the board earlier in the second round. However, if he’s there for the Texans in the second, you have to take him with one of these picks. He’s a slam dunk and projects as a viable starter for years to come.

Another corner? This very well could be the case as day two of the 2019 NFL Draft winds down. They got their high floor guy in Love, now they go for the high ceiling in Joejuan Williams from Vandy. Williams brings desirable size and length, although he leaves much to be desired with his technique and footwork. Although, his length makes him a worthy project who could excel in press.

The Texans double-dip at cornerback as they lack depth. Also, we could see them without their top two corners at this time next year. Bradley Roby was signed only to a one-year deal and Johnathan Joseph is on the brink of retirement. You have to be prepared for neither to return next season. With a viable starting lineup, this gives Williams a prime opportunity to sit back and learn while providing needed depth as a rookie.

Rodney Anderson has four touchdowns in the first half for @OU_Football. pic.twitter.com/Ew6h4gAjAZ

In an underwhelming running back class, the Texans roll with the high risk/high reward lottery ticket in the fifth round of the 2019 NFL Draft. Rodney Anderson was on his way to being a day two pick until injuries continued to pile up, the latest a season-ending knee injury. If Anderson ever returns close to top form, the Texans have themselves a steal and a future bell-cow back.

With Lamar Miller’s contract set to expire after this upcoming season, the Texans have to look towards the future. This also could be a make or break year for D’Onta Foreman as he enters his third season after early struggles to his career. After those guys, the Texans seriously lack depth and desperately need a back with pass catching ability. While he doesn’t bring much production in that regard to the table, he averaged 16.5 yards per catch on 17 receptions during his breakout 2018 campaign.

It seems inevitable we’ll see the Texans double-dip on the offensive line. Oli Udoh is far from a finished product, but you can’t ignore his upside, especially at this stage of the draft. Any offensive line coach would be drooling with the chance to coach a guy with Udoh’s length and measurables. He somewhat reminds me of Brandon Parker from last year’s draft. The small school darling with tantalizing measurables, albeit an unfinished product.

It may be a longshot to see Udoh develop into even a starting caliber player, but this late in the draft you may as well go high upside at a position of need. Udoh carries a wingspan in the 95th percentile while his arm length sits in the 89th percentile, according to MockDraftable. If Udoh can figure out how to use his length and athleticism to his advantage, he could carve out a decent career on Houston’s offensive line.

Ideally, you address pass rusher earlier in the 2019 NFL Draft. However, with the standard seven picks, you can’t prioritize every need. Wyatt Ray isn’t a game breaker by any means, but he brings enough upside in the seventh round worth taking. He has flashed the pass rush ability, especially with the departure of Harold Landry as he emerged as Boston College’s top pass rusher this past season.

Moving forward you want to see Ray improve his quickness off the snap as that held down him from reaching that next level. He’s flashed the tools but needs to add extra polish before he becomes a decent contributor. Ray would compete for a roster spot and hopefully add young depth as the Jadeveon Clowney contract situation looms.

Saturday NFL games become more common at the end of the season and postseason. With just two weeks left, is there a NFL football...