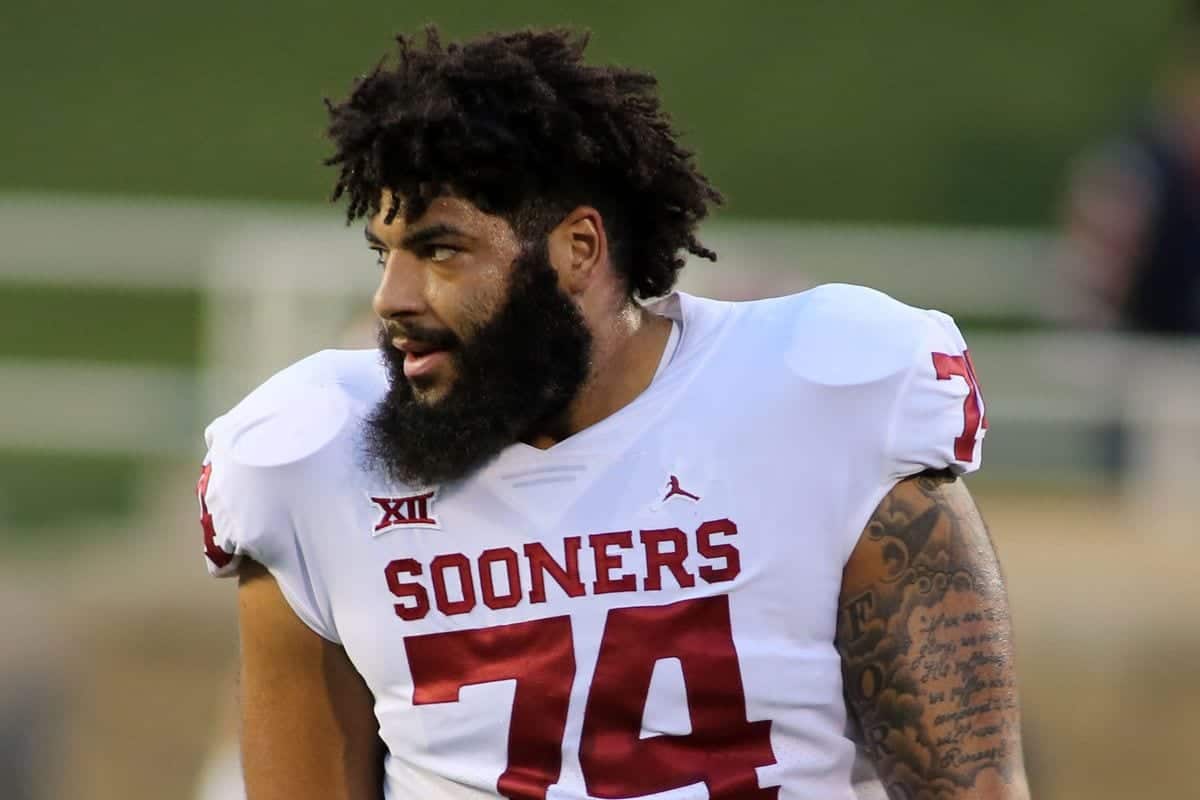 Photo Credit: USA Today
What's in this article? Click to show
With the sixth pick in the second round of the 2019 NFL Draft, the Buffalo Bills selected offensive tackle Cody Ford from Oklahoma.
Strengths
Weaknesses
Overall

With the sixth pick in the second round of the 2019 NFL Draft, the Buffalo Bills selected offensive tackle Cody Ford from Oklahoma.

The second round of the 2019 NFL Draft is underway. Cody Ford was a key cog in the Oklahoma offensive line that won the 2018 Joe Moore Award. Can he continue the tradition of O-Line U for the Sooners?

Violent, mauling offensive tackle in the run game. Has no issues putting defenders in the dirt with elite power. Very good athletic ability. Climbs to the second level well and pulls well as well. Operated mainly in two-point stance, but showed good explosiveness and depth out of his stance. Use of hands is very good. Hand strength is elite; creates torque and redirects pass rushers with ease. Smart player who diagnoses blitzes well.

Inside pass-rushing moves got the best of him against Alabama and will need to prove himself against upper-tier pass rushers. Only started one year at right tackle. Footwork in pass protection needs refinement.

In one year at right tackle, Cody Ford has proven himself among the top prospects at his position. Ford’s athleticism and hands are an enticing combo to pair with his elite power and violent mentality. He can play at right tackle or kick inside at guard and has an immensely high ceiling at either one.

In this article:Cody Ford, Featured, featured