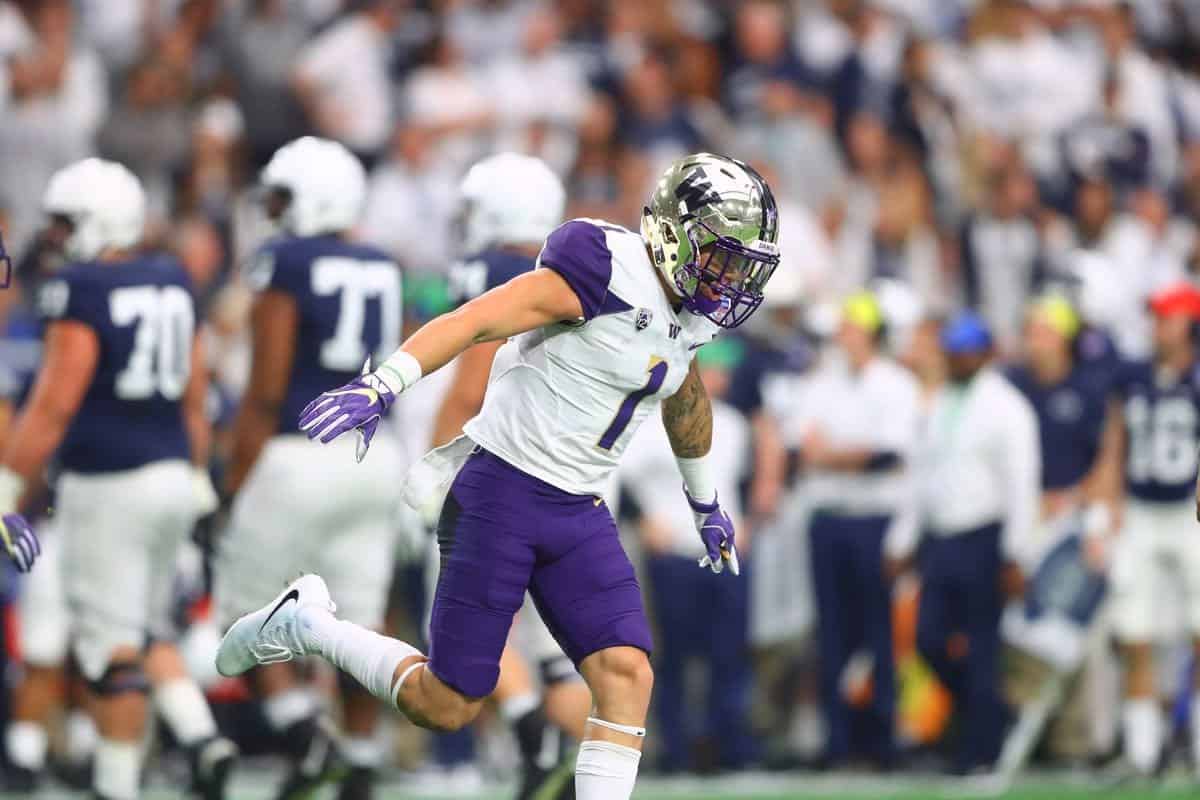 Photo Caption: USA Today
What's in this article? Click to show
With the first pick in the second round of the 2019 NFL Draft, the Arizona Cardinals selected cornerback Byron Murphy from Washington.
Strengths
Weaknesses
How will Murphy help the Cardinals?

With the first pick in the second round of the 2019 NFL Draft, the Arizona Cardinals selected cornerback Byron Murphy from Washington.

The 2019 NFL Draft kicked off day 2 with the selection of Byron Murphy. Murphy is an exceptional athlete out of the Washington Huskies program. A former All-American high school receiver and top defensive back, Murphy was highly recruited. After a redshirt year, Murphy burst onto the scene as a top cover corner. He is an All-Pac-12 first-team player and second-team Associated Press All-American. His resume includes 27 pass deflections, seven interceptions, and 74 tackles. A redshirt sophomore, he declared for the NFL Draft early. Murph will be one of the youngest players in the draft.

Murphy is an exceptional cornerback, just as most Huskies are. His fluidity is noticeable, with clean movement skills. His transition isn’t labored, as he keeps low and quick feet through his hip flips. Like a mirror, Murphy can easily reflect his receiver and follow. He’s ideal for a man and zone coverage schemes, considering his clean movement ability and ball skills. Murphy is always around the ball and has a knack for turnovers.

Most impressive, however, is Murphy’s instincts. He isn’t the biggest or fastest corner, but he contributes with an innate feel for the game. His processing of the action is stellar and quick. He reads the quarterback’s eyes and reacts immediately. These instincts also show up through his motor. He’s constantly in the play and is a very willing and effective tackler. His play in space suggests good ability against the run and in zone schemes.

Murphy lacks the prototype, ideal frame of an NFL cornerback on the outside. While his instincts serve him very well in this regard, Murphy may be best suited, or limited, to playing over the slot. Overall, he lacks elite speed as well. This limits his game even more and is evident when facing faster receivers. In man coverage, Murphy can panic when beaten on a route. Instead of maintaining composure and playing the ball or adjusting, he gets grabby or arrives early to deflect. Avoiding penalties is key. Murphy has to develop further patience and rely on his instincts and intelligence to put him in better positions.

How will Murphy help the Cardinals?

Murphy is an immediate starter. He is versatile enough and intelligent enough to play all over the scheme, but he may be most valued as an immediate slot player. He can easily support the run, cover running backs or slot receivers. He’ll provide valuable depth in what’s growingly a passing league.